Stage Manager controversy won’t go away, and Apple can still fix it 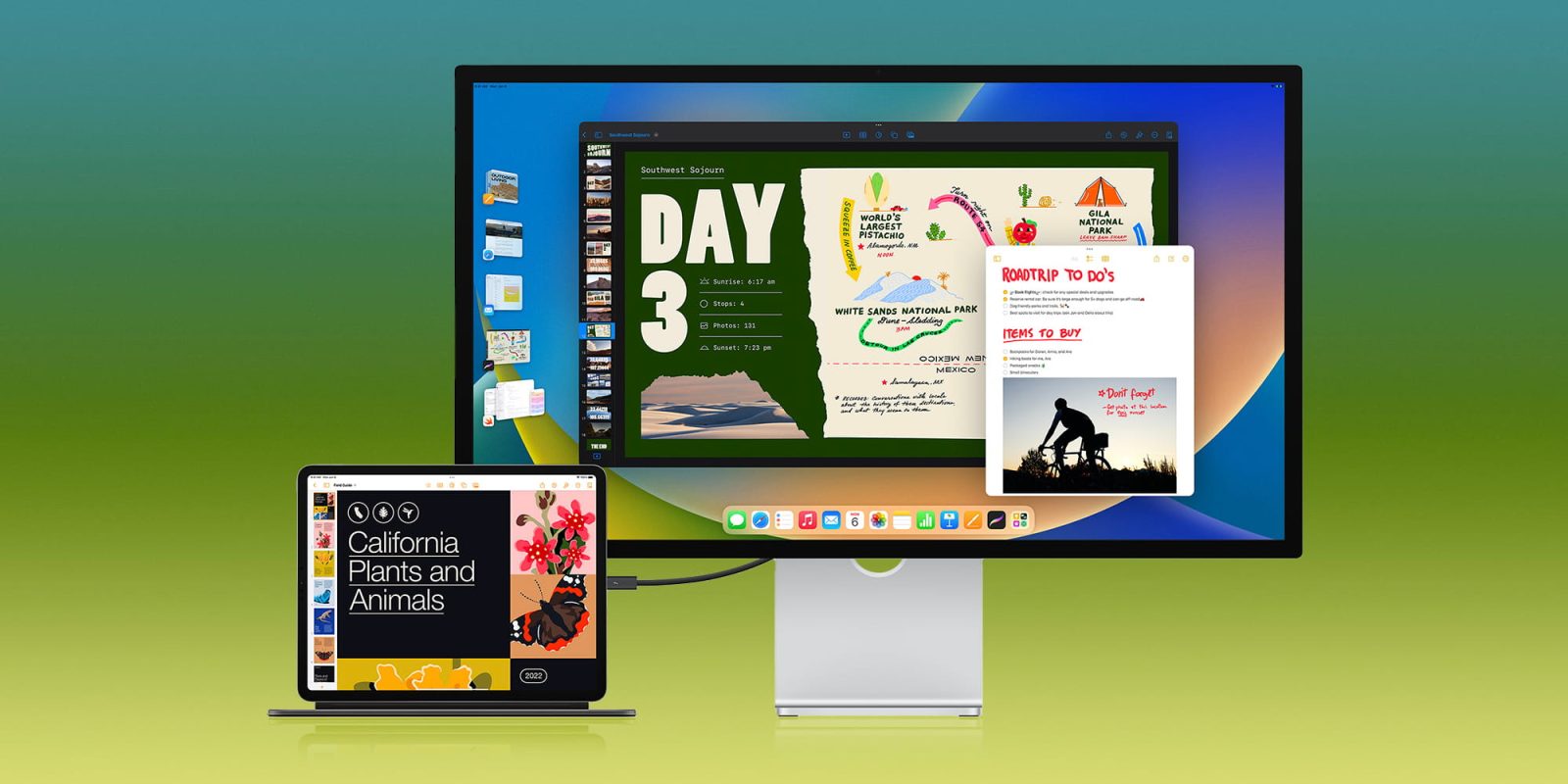 The Stage Manager controversy doesn’t look to be going away anytime soon, despite Apple’s attempts to explain its reasoning for limiting the feature to M1 iPads.

I expressed my own disappointment that my 12.9-inch 2018 iPad Pro won’t get the feature, but it’s an even bigger blow to those who bought a 2020 model, only to discover that it is excluded from the headline iPadOS 16 feature just two years later …

When Apple announced Stage Manager, it said that the feature was “enabled by the power of the M1 chip.” This is the type of marketing statement the company often makes, so many of us didn’t read much into it at the time.

In the press release afterwards, all Apple had to say about it was:

Available on iPad Pro and iPad Air with the M1 chip

No explanation was offered at the time, leaving iPad owners to speculate.

According to Federighi, the M1 iPads were the only models that could live up to these expectations thanks to the their increased amount of RAM, faster storage, and support for virtual memory swap. He explained:

“It’s only the M1 iPads that combined the high DRAM capacity with very high capacity, high performance NAND that allows our virtual memory swap to be super fast,” Federighi says. “Now that we’re letting you have up to four apps on a panel plus another four — up to eight apps to be instantaneously responsive and have plenty of memory, we just don’t have that ability on the other systems.”

Federighi also noted that only the M1 iPads can support the full breadth of external display features because of the Thunderbolt port. Graphics performance also played a role in this decision, he added.

“When you put all this together, we can’t deliver the full Stage Manager experience on any lesser system,” Federighi says. “I mean, we would love to make it available everywhere we can. But this is what it requires. This is the experience we’re going to carry into the future. We didn’t want to constrain our design to something lesser, we’re setting the benchmark for the future.”

Some owners remained skeptical that their A12X Bionic or A12Z Bionic iPad couldn’t cope with Stage Manager – especially given that the A12Z chip was powerful enough to run macOS on Apple’s Mac mini Developer Transition Kit.

Developer Guilherme Rambo said that other factors might also be at play.

There is a difference between a developer kit and a consumer product though. Especially considering the DTK was packaged as a Mac mini, which didn’t have a battery it could drain, and destroying the flash storage with swap wasn’t a concern due to its already limited lifespan.

But this isn’t a binary issue

All this strikes me as credible. That it simply isn’t possible to run the Stage Manager feature on A12X/A12Z iPad Pro models with the level of capability and performance the company wants to offer. That the company’s motives are good, and not based on wanting to sell more iPads.

This isn’t a binary issue. It’s not the case that Stage Manager won’t run on 2018-2020 iPad Pro models – it’s that, in Federighi’s words, non-M1 models can’t deliver “the full Stage Manager experience.” That it would involve some degree of compromise.

My bet is that most 2018-2020 iPad Pro owners would rather have a constrained Stage Manager experience than none at all. We’d accept four apps rather than eight. We’d accept a simpler animation. We’d accept a slightly slower switch (and let’s face it, every performance increase offered by each new generation of app is scarcely noticeable in anything but gaming, so the speed difference would indeed be slight).

So my view is that Apple should have simply warned owners of A12X/A12Z iPad Pro models that they will get a limited version of the feature, which won’t match the capabilities and speed of M1 versions. Nobody would have a problem with that, and there would be no Stage Manager controversy.

This dents confidence in the longevity of Apple devices

One of the benefits of buying Apple devices has always been their longevity. We’ve been able to buy an iPhone, an iPad, or a Mac, knowing that it will be supported by software updates for 5+ years, and will remain perfectly usable for far longer than that.

Leaving aside those of us prone to gadget-lust, most typical Apple customers will keep a Mac for 5-7 years, some for 10 years – and that’s a completely realistic thing to do. iPads may date a little faster, but it’s again been perfectly feasible to retain one for five or more years.

Sure, the switch from Intel to Apple Silicon chips in the Mac was a game-changer. The difference in both performance and battery-life was so great that it was entirely understandable that it represented a watershed between old and new generations. It may suck to be someone who bought the last Intel-powered Mac, but that shift was unavoidable.

But the same kind of watershed doesn’t exist with the iPad. iPads already ran on Apple-designed chips, and the difference between A12X, A12Z, and M1 is evolutionary, not revolutionary.

So I think it’s entirely understandable that owners of 2018 iPads like me are a bit miffed, and that owners of 2020 models can quite reasonably be extremely annoyed that their two-year-old high-end models are denied the key feature of iPadOS.

This doesn’t need to be a done deal. Apple is a stubborn company which doesn’t often change its decisions, but it does occasionally happen when enough fuss is made, or enough pressure is applied.

I honestly think this would be Apple’s best bet right now. Make a limited version of Stage Manager available to A12X/A12Z iPad Pro models, with whatever constraints and expectation-management it considers appropriate.

At the very least, include it in betas so that people can see for themselves how it performs.

That’s my view; how about yours? Please take our poll, and share your thoughts in the comments.