Uninstall iOS 16 beta: How to downgrade to iOS 15 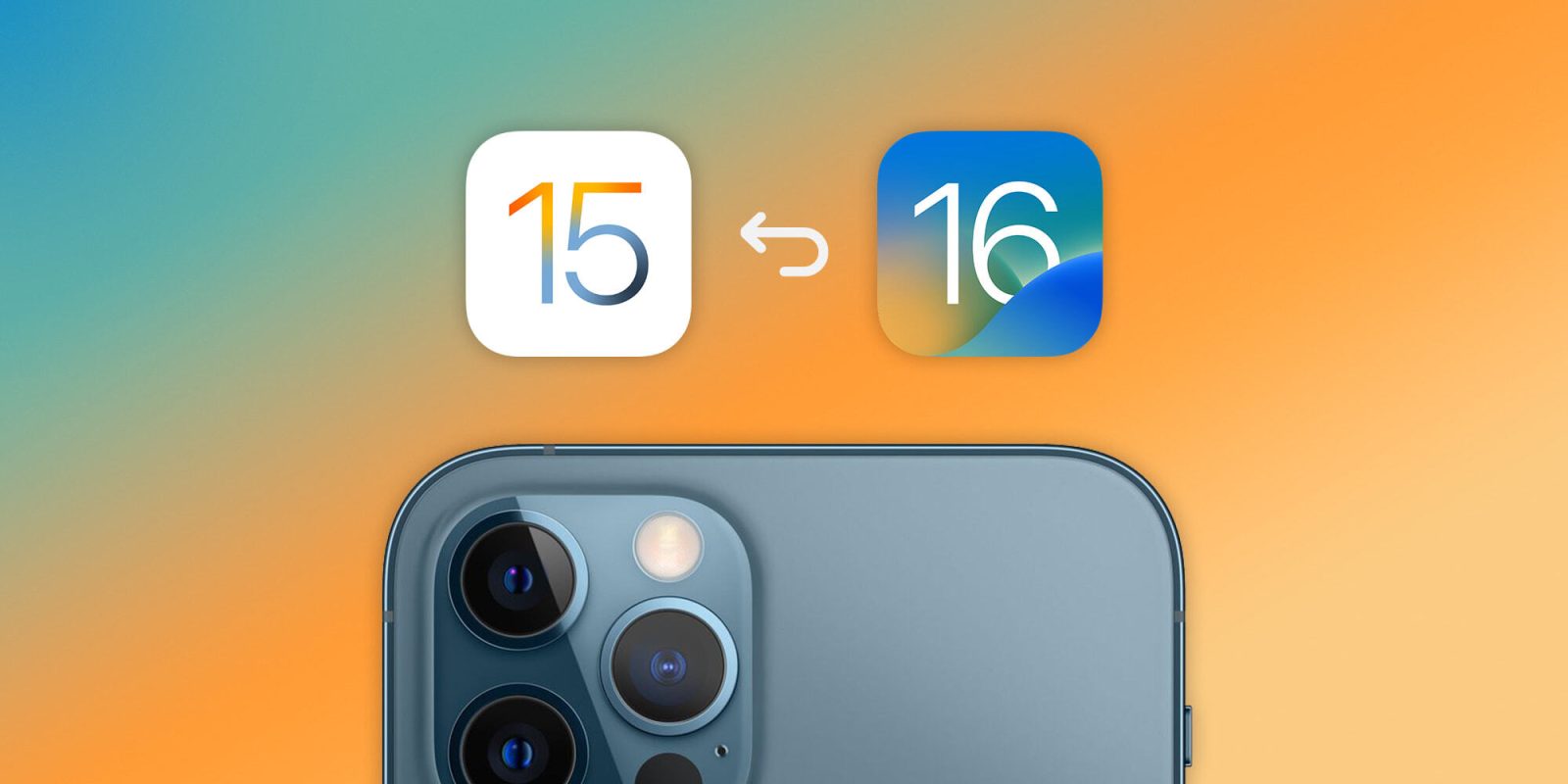 Been testing out the new iPhone or iPad beta? If, for whatever reason, you’re ready to shift back to the stable release, read along for a step-by-step guide on how to uninstall iOS 16 beta, downgrade to iOS 15, and restore with a backup.

Whether you took the risk to install the iOS 16 or iPadOS 16 beta on your primary iPhone or iPad or you just don’t need to keep testing out the beta software on a particular device, it’s relatively easy to downgrade back to iOS 15.

Below, we’ll look at how to immediately downgrade from iOS 16 beta.

Important: If you’ve already installed the watchOS 9 beta on an Apple Watch connected to an iPhone running the iOS 16 beta, you won’t be able to fully use your wearable after downgrading to iOS 15 as there is no way to downgrade to watchOS 8 – other than taking your Apple Watch to Apple.

If you want to immediately uninstall iOS 16 beta, you’ll need to erase and restore your iPhone or iPad. With this option, you won’t be able to restore from a backup done on iOS 16 when going back to iOS 15. But naturally, you can restore from a previous iOS 15 backup.

Fortunately, with iCloud saving a lot of data for most apps, that isn’t as much of a hassle as in previous years.

After the software restore is complete, you can restore a backup from iOS 15 with your Mac/PC or iCloud (or set up your iPhone or iPad as a new device).

Here’s how it looks to uninstall iOS 16 beta on iPhone with Mac:

Alternatively, you can head to Settings > General > VPN & Device Management > iOS 16 Beta Profile > Remove Profile. But keep in mind that won’t downgrade you to iOS 15. You’ll have to wait until the public release in the fall to get off the iOS 16 beta.

Check out more details about how to uninstall iOS 16 beta in Apple’s support document and our video explainer: