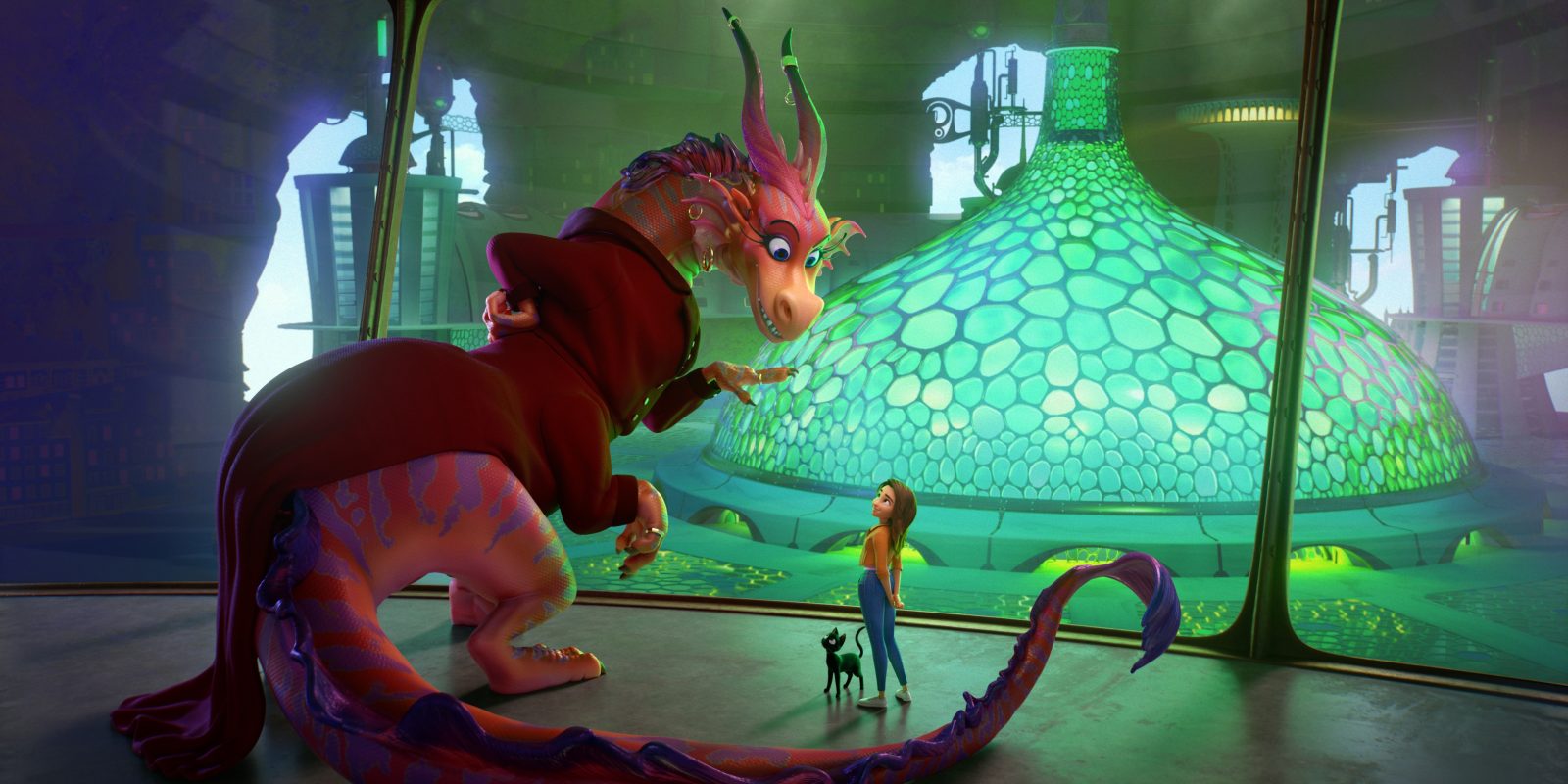 Apple today released the full trailer for the first full-length 3D animated feature film coming to Apple TV+. Luck is the first movie to be released as part of Apple’s exclusive deal with Skydance Animation.

Luck centers on Sam Greenfield, the unluckiest person in the world. But her fortune changes when she finds the Land of Luck, a secret factory which manages all the lucky and unlucky moments that happen in the world. Sam’s adventure includes meeting up with some amazing mythical creatures, including a talking black cat, a dragon, and everything in-between. See the trailer below …

Luck will debut exclusively on Apple TV+ on August 5.

The Land of Luck is a secret team that manages luck, helping to manufacture good luck and bad luck for people in the world. Everything is running smoothly until a human — Sam Greenfield — finds the Land of Luck and threatens to disturb the carefully crafted equilibrium of fortune.

The premise gives off vague Monsters Inc vibes, with the Land of Luck being somewhat similar in concept to the Monsters Inc Scare Factory. This perhaps isn’t too surprising as Skydance Animation is headed up by John Lasseter, a longtime Pixar veteran, who worked on the likes of Toy Story and Cars.

Lasseter was fired from Pixar in 2018, following accusations of workplace misconduct around women. As the Luck trailer puts it, he is now the “creative visionary” leading Skydance Animation.

After Luck, Skydance and Apple have already announced a further two projects on the slate (with more to follow). The next feature film is entitled ‘Spellbound’, expected to debut early next year. An ambitious TV series based on the WondLa children’s book series is also in development, which will feature film-quality animation.