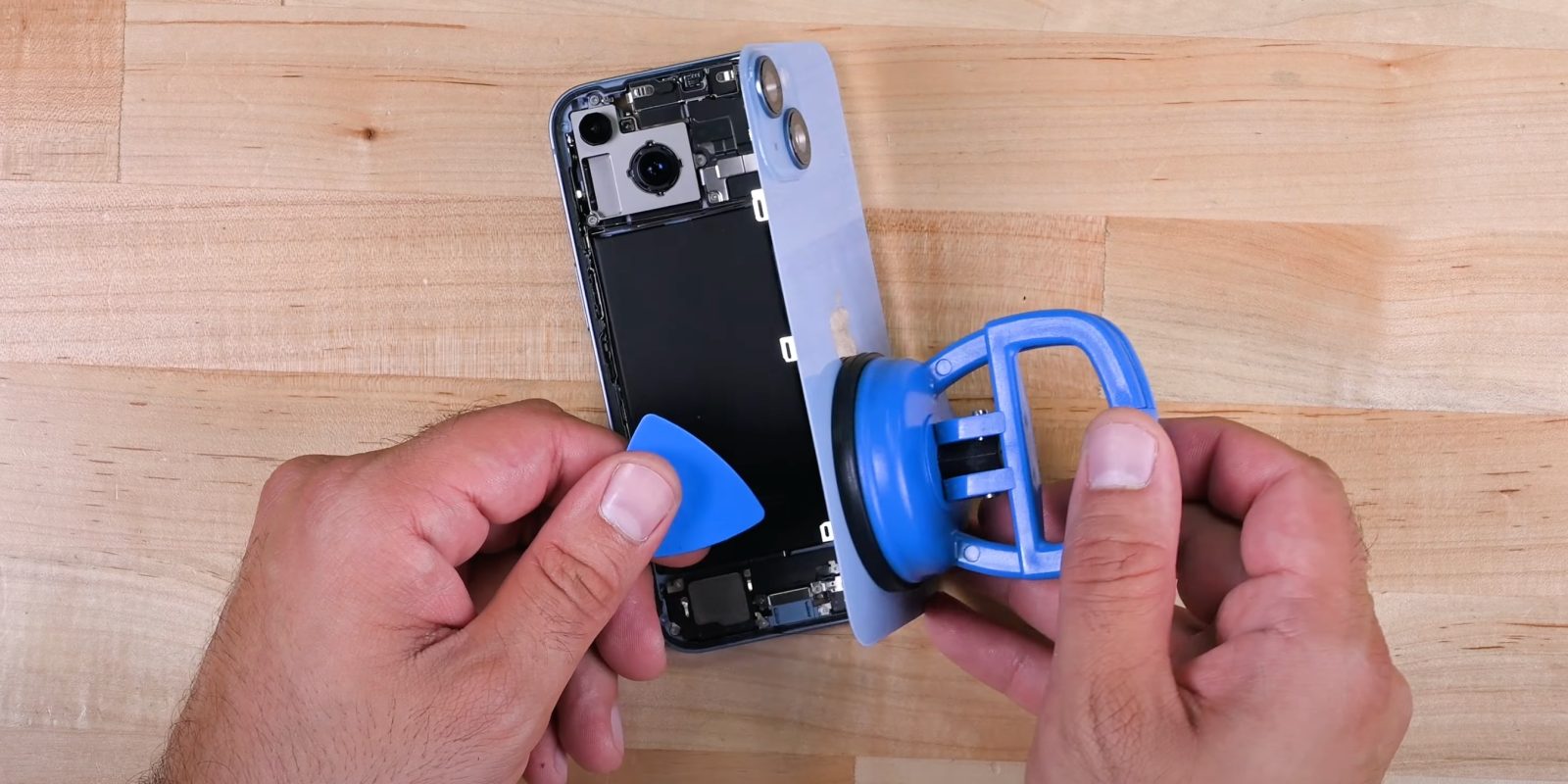 Although the iPhone 14 looks almost identical to the iPhone 13 on the outside, it is a different story on the inside.

As evidenced in this iFixit teardown, Apple has made it much easier to repair the back glass panel. The back glass can now be removed independently of the logic board, making repairs much cheaper. Previously, only the front glass was separably removable. And, it seems Apple is also passing this cost savings onto consumers …

The Apple service page says that iPhone 14 back glass damage can be repaired out of warranty for $149.

This is much cheaper than was possible with the iPhone 13, as a back glass only repair wasn’t available from Apple. Instead, back glass replacements would fall under “other” damage, requiring full device refurbs with associated service costs around $500-$600.

Although iFixit hasn’t been able to teardown an iPhone 14 Plus yet, for obvious reasons, the Apple service page also suggests that model will also feature this new internal chassis structure. Apple quotes out-of-warranty back glass repair costs for that model at $199. (The Pro models do not seem to have this internal change, though, as their back glass repair costs remain at the typical $550/$599 levels.)

Upon removing the front glass, the main logic board is covered by a new metal shield, hiding the internals. What’s new is the back glass can now also be lifted up using suction cups, opening to the right. This reveals all the internal parts as before. The new design enables cost-effective repairs of the back glass, without making front glass repairs more difficult.

The new mid-frame also required a new antenna design to circumvent radio interference. Otherwise, after gaining access through the back glass opening, the teardown is mostly the same as the iPhone 13. See iFixit’s full video here: