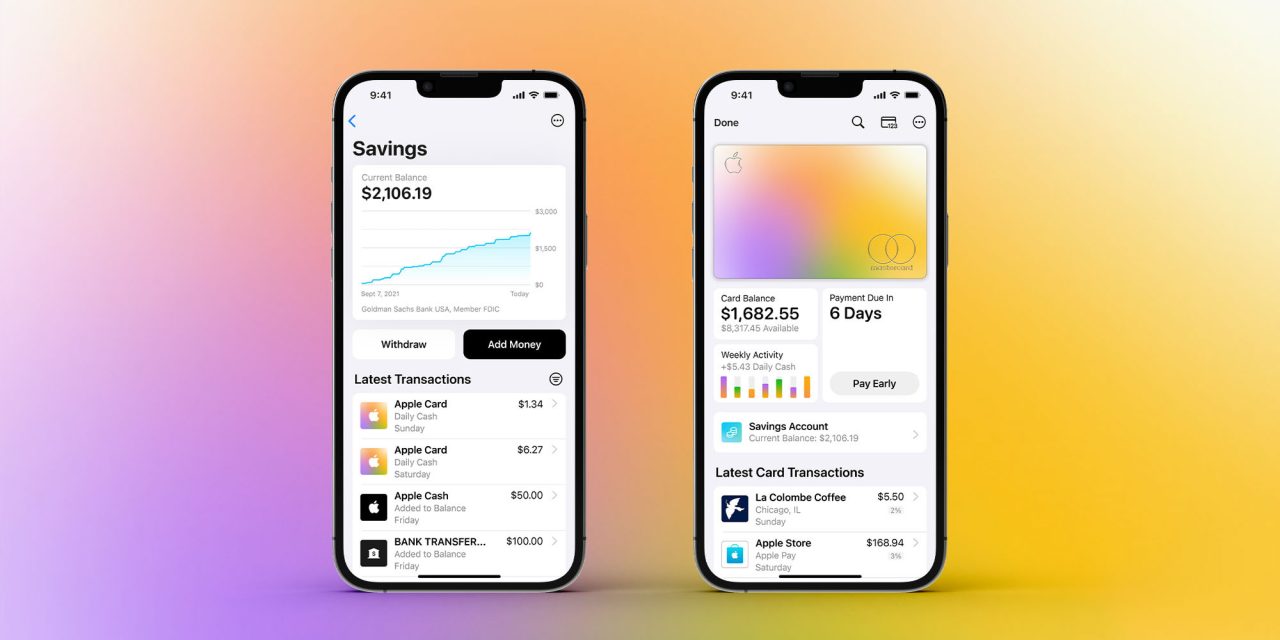 Update October 24, 2022: Despite being included in the initial release notes, iOS 16.1 does not include the new Apple Card savings account feature. It’s still scheduled to launch in the coming months, as Apple first announced when it revealed the feature for the first time earlier in October.

Last week, Apple announced a new feature for Apple Card users that allows you to automatically add your Daily Cash rewards to a new integrated savings account. Apple didn’t announce a release date for this feature at that time, but the release notes for iOS 16.1 indicate that the new savings account option will be included in next week’s update.

Apple pushed the iOS 16.1 Release Candidate build to developers today, alongside Release Candidates for macOS Ventura, tvOS 16.1, iPadOS 16.1, and watchOS 9.1. With these releases, the company also published the full release notes for each update.

In the release notes for iOS 16.1, Apple confirms that the update will add support for the new integrated savings account feature as well as support for key sharing in the Home app:

Users can track the balance of this high-yield savings account directly in the Wallet app. There will be a new “Savings Account” button in the Apple Card interface. Tapping on it will show a list of transactions and a chart showing the account’s growth.

In addition to having Daily Cash rewards deposited automatically into the account, you can also deposit additional money using a linked bank account or your Apple Cash balance. You’ll also be able to withdraw it to your bank easily.

Apple hasn’t confirmed the exact percentage rate that the account will pay out in interest. Goldman’s existing online savings account offers an annual percentage yield of 2.15%.