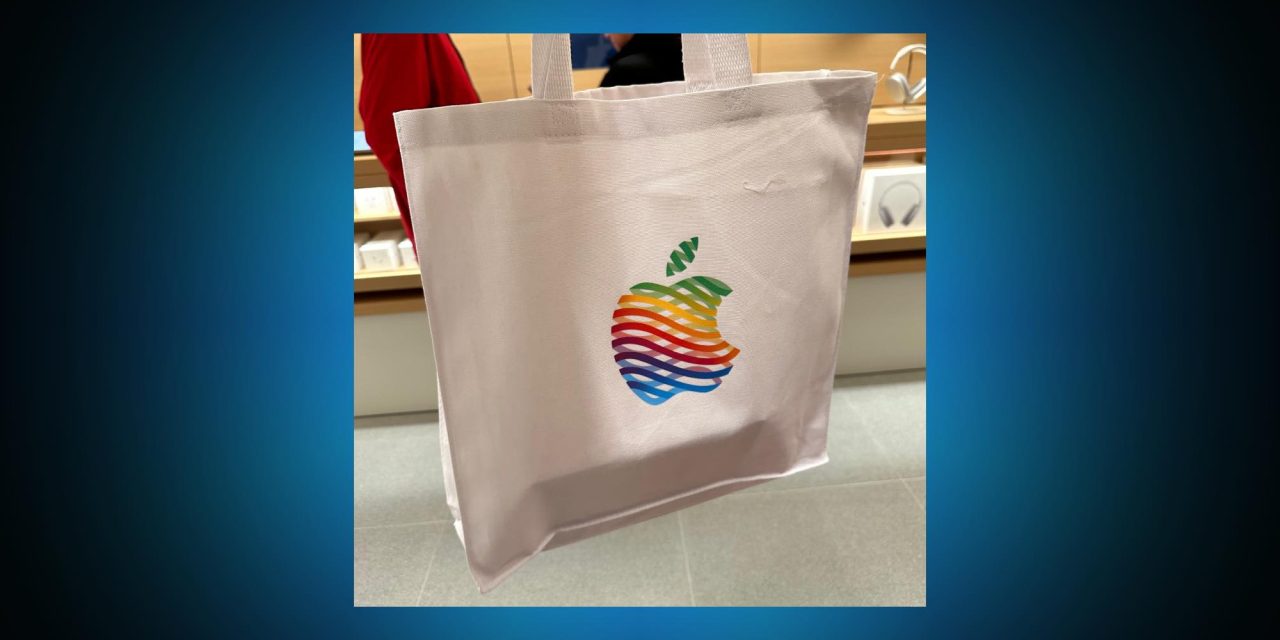 As we previously reported, the American Dream mall, where this new store is located, is a sight to see itself:

The American Dream is considered the second largest mall in the United States, behind the Mall of America in Minnesota. With a total area of 3 million square feet, American Dream not only has a lot of stores but also multiple entertainment attractions – including a DreamWorks Water Park.

As you might expect for a store located in such a massive mall in a major city, there was a big crowd in attendance to celebrate today’s opening. Images and videos posted to Twitter show the line stretching throughout the upper level of the mall.

As pointed out by Gregory McFadden on Twitter, those who attended today’s grand opening were gifted a special tote bag from Apple that featured a colorful Apple logo inspired by the artwork used for this store.

Have you visited the new Apple American Dream store location? Let us know down in the comments! If not, you can visit it Monday through Saturday, 11 a.m. to 9 p.m. The store is closed on Sundays due to a New Jersey law that prohibits shopping centers from opening on Sundays.