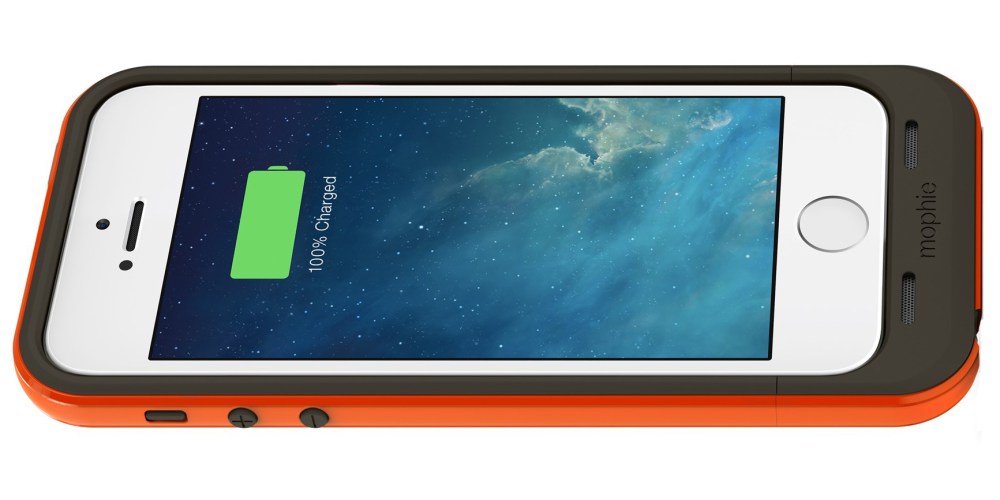 When his small plane depressurized above Joplin, Texas at an altitude of 9,300 feet, Ben Wilson and his pilot thankfully weren’t injured — but Wilson’s iPhone 5s and a newspaper were sucked out of the plane, falling to the ground below. Unlike the typical “dropped iPhone” news story, which ends four or five feet later with a cracked screen, Wilson’s iPhone not only survived the drop, but was able to be located in a pasture using the Find My iPhone app.

According to the original news report in Wichita Falls’ Times Record News, a “friendly donkey” followed Wilson as he searched for the iPhone, earning gingersnaps when the phone was found.  “It was in one piece, scratched a bit on the corners but it still worked,” Wilson said, attributing its survival to a Mophie Juice Pack charging case. Featuring distinctive orange trim, the case in question appears to be Mophie’s Juice Pack Plus for iPhone 5s, which notably promises only impact resistance — not the ability to withstand a 9,300-foot free fall. Mophie might want to update its web site with the story…