Republican Presidential frontrunner Donald Trump is on a Twitter roll after his performance at the GOP debate (Above) last night. Fuelled by the performance, Trump took to Twitter on his Android-powered Samsung (he’s boycotting Apple after all) and rattled off some doozies this morning: 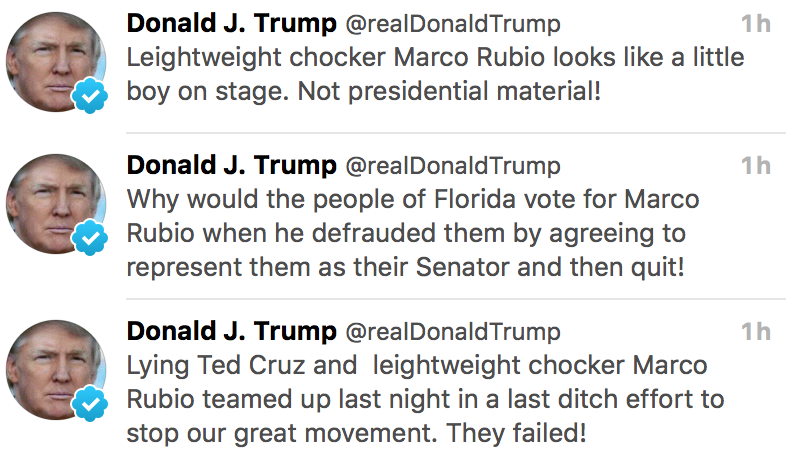 Also did he misspell ‘honor’ or ‘boner’ here?