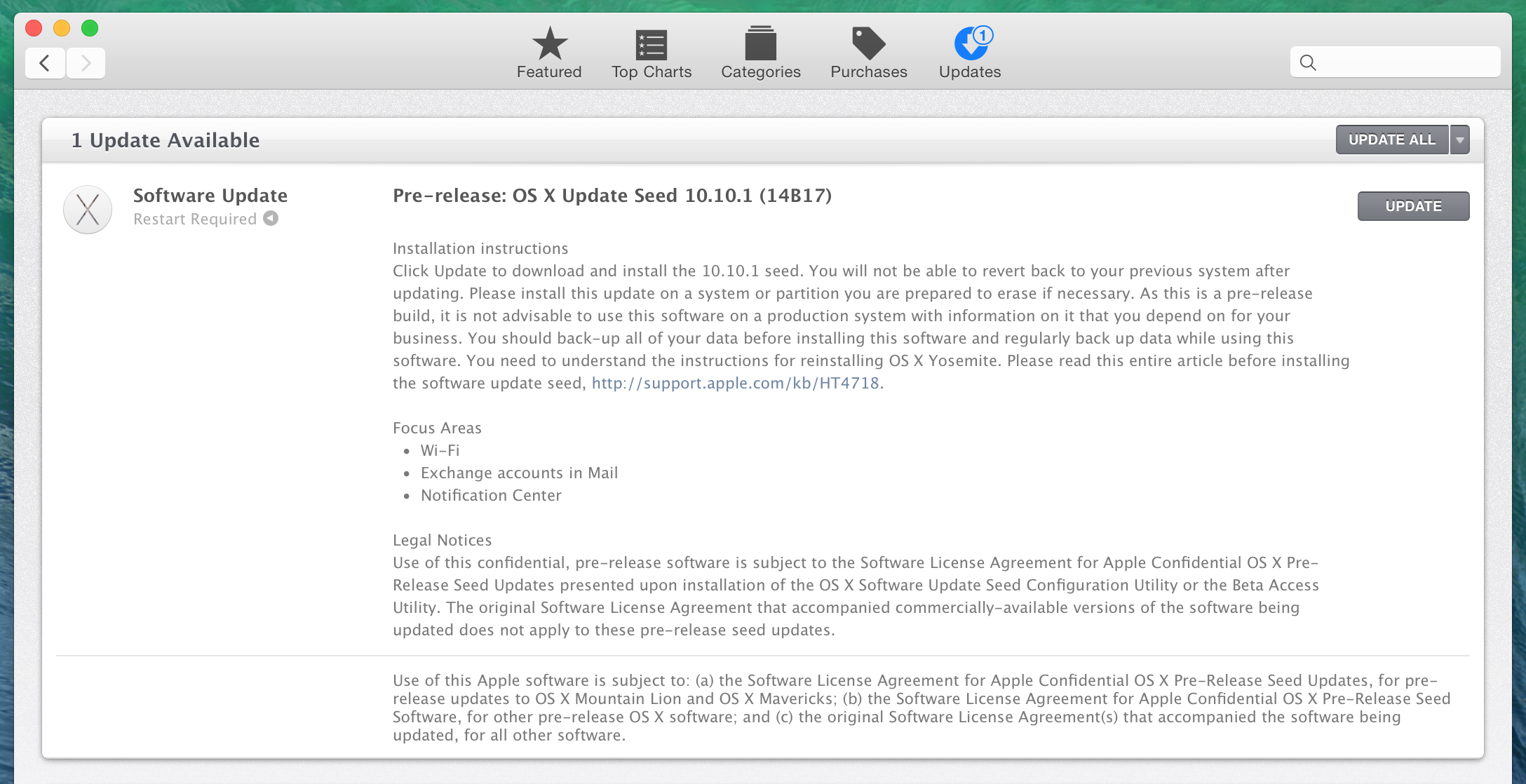 Apple has just seeded the very first beta of what will become the first update to the redesigned OS X Yosemite that was launched last month. The update to version 10.10.1 has a build number of 14B17.

The change notes indicate that Apple is making improvements in the areas of Wi-Fi connectivity, Exchange support in the Mail application, and the Notification Center, which gained support for widgets in the new operating system.