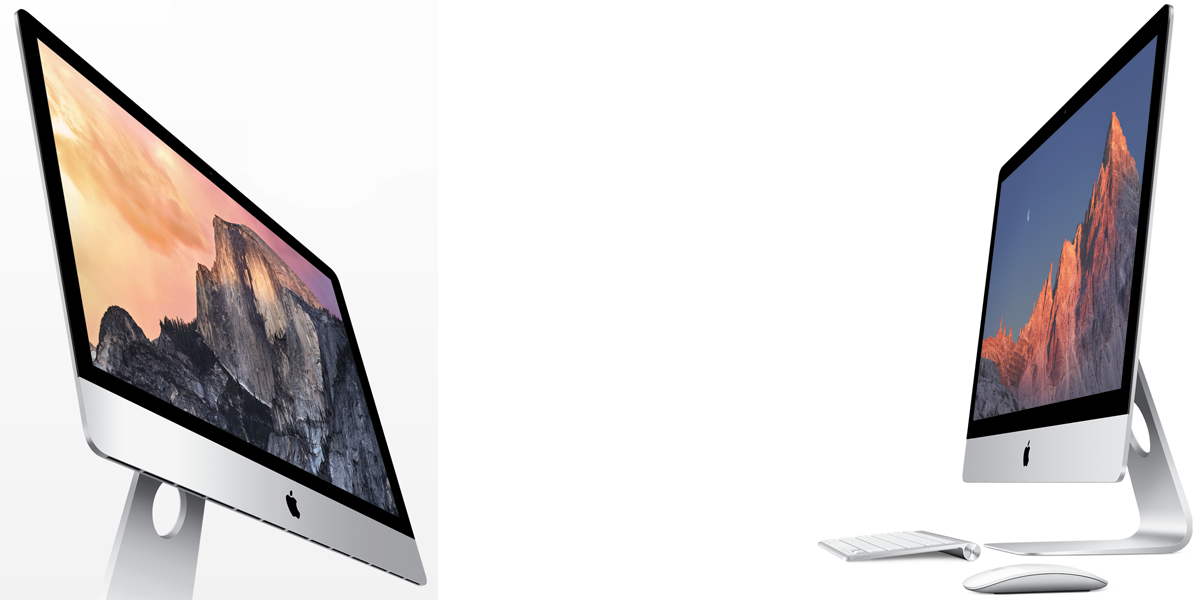 Since the old price of the non-Retina model he’d ordered and the new base-model Retina machine are the same – $1999 – it’s likely that Apple has offered the same deal to others in the same position. But is this necessarily a good deal … ?  END_OF_DOCUMENT_TOKEN_TO_BE_REPLACED

The model was listed above the 21.5-inch mid-2014 iMac released last month. That model was a low-end one, with a 1.4GHz dual-core i5 processor and 500GB hard drive. That might suggest a new entry-level 27-inch iMac is on the way – though Apple doesn’t generally offer a low-spec version of the larger iMac …  END_OF_DOCUMENT_TOKEN_TO_BE_REPLACED Apple usually quotes 24 hours for delivery of standard-configuration iMacs, but is currently showing 3-5 business days across the range. Increased shipping times are sometimes an indication of lower or sporadic stocks, which tend to precede the launch of new models. With WWDC just one week away, that would be a logical time to announce them …  END_OF_DOCUMENT_TOKEN_TO_BE_REPLACED