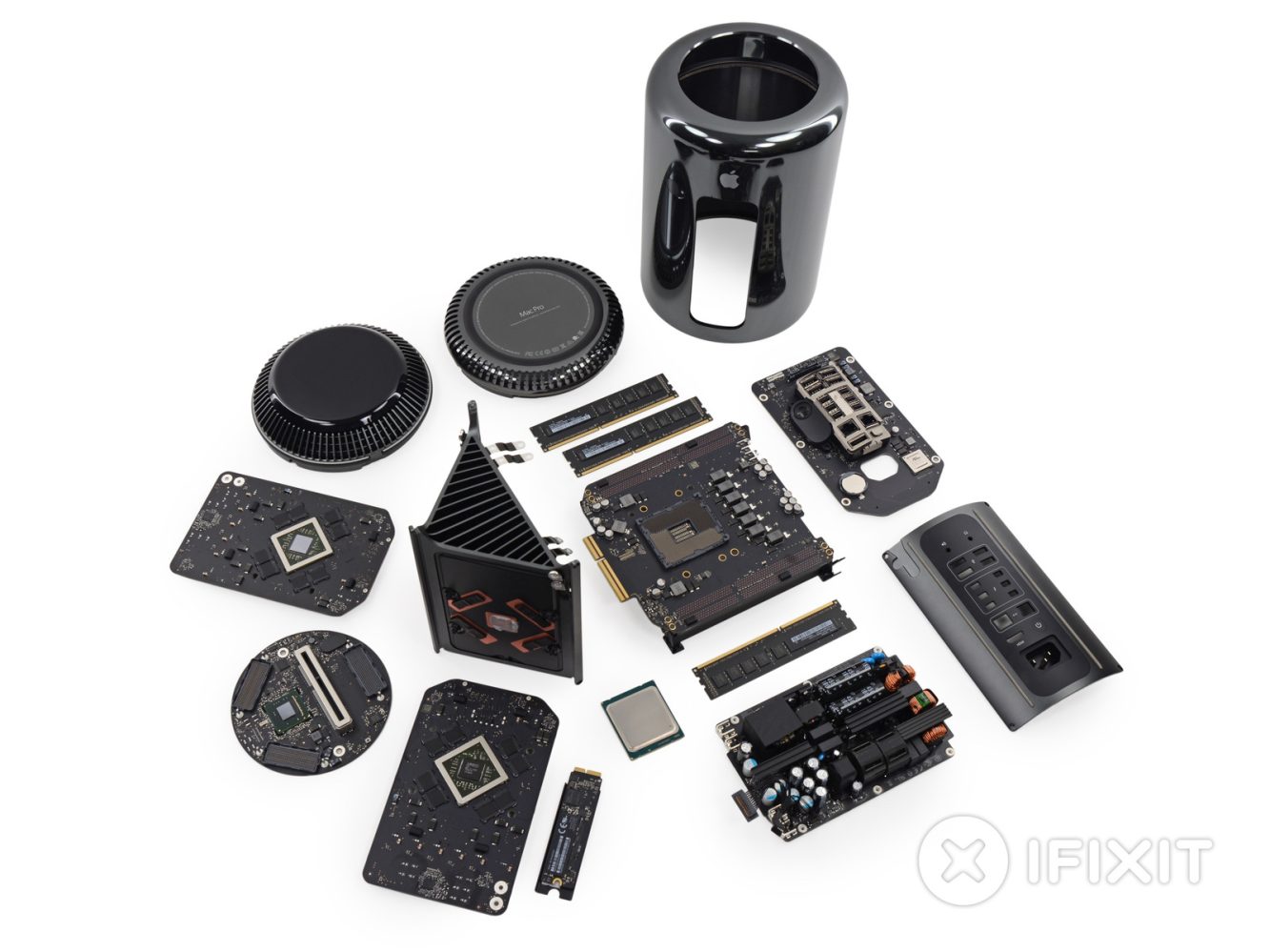 Following a quick look from Other World Computing last week, iFixit has published its teardown of the new Mac Pro.

Unlike any other Apple product iFixit has reviewed this year, the firm gives high praise to the repairability of the Mac Pro. The system uses no proprietary screws and RAM is accessible without the need for any tools.  Add in the socketed, upgradable CPU originally found in the earlier teardown, the Mac Pro is the most repairable computer in Apple’s lineup by far.