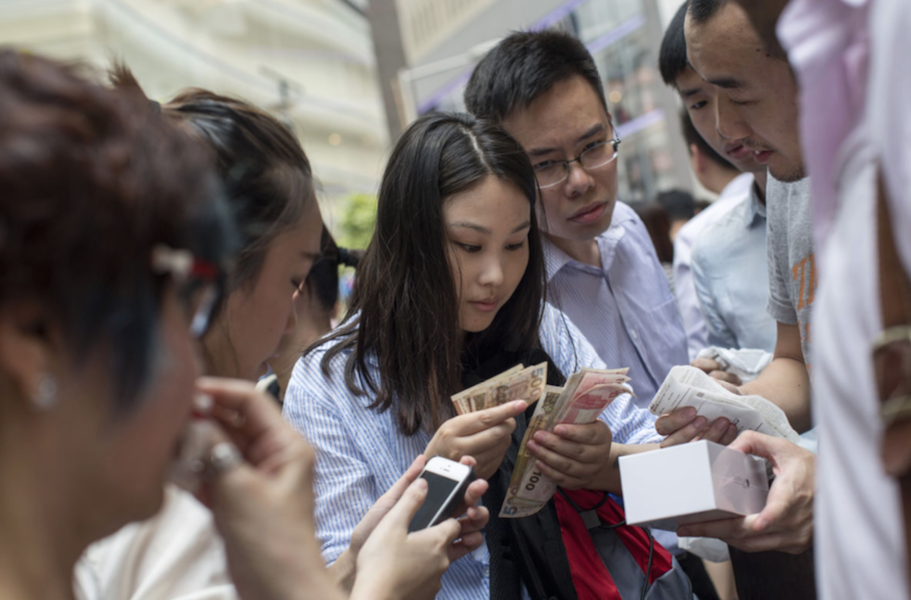 The iPhone 6/Plus finally went on sale in China this morning after regulatory delays, in contrast to last year’s launch of the iPhone 5s and 5c in China on the same day as the US …  END_OF_DOCUMENT_TOKEN_TO_BE_REPLACED END_OF_DOCUMENT_TOKEN_TO_BE_REPLACED

No more iPhones in Beijing and Shanghai ‘for the time being’, Apple warns as analysts criticize China launch delays Yesterday’s eagerly awaited iPhone 4S launch in China quickly turned into chaos as an ugly brawl between gangs of professional scalpers grew out of control. Beijing SWAT teams intervened to calm down hundreds of angry customers and tame the rowdy lines. The New York Times explained that scalpers hired migrant workers to stand in the line and buy the phone. As Apple said it would not open the store, those individuals, identifiable by matching armbands or hats, got angry because they were not going to be paid.

An Apple spokeswoman issued the  following statement following the incident (via Reuters):

Unfortunately, we were unable to open our store at Sanlitun due to the large crowd. And to ensure the safety of our customers and our employees, iPhones will not be available in our retails stores in Beijing and Shanghai for the time being.

Instead, Apple noted, customers could order the iPhone 4S on the online Apple store or through one of the many China Unicom retail outlets, the country’s exclusive iPhone carrier. However, the iconic smartphone was out of stock on the Chinese online Apple Store at the time of this writing.

As you know, Apple rarely goes on the record unless absolutely necessary, so the statement is an indication of how the launch spiraled out of control. Moreover, the egg-throwing incident inspired funny remarks on Twitter. Really, who goes to buy a new iPhone with a pocket full of eggs? Let’s just hope this situation won’t snowball into a public relations nightmare and become a theme for another anti-Apple advert by Samsung.

In the meantime, one analyst pointed out that Apple must learn from this turmoil and consider launching its products in China and United States simultaneously. Another incredible riot clip, egg throwing video and additional tidbits are displayed after the break.