Apple announces its September 10 iPhone event in Cupertino: ‘This should brighten everyone’s day’ 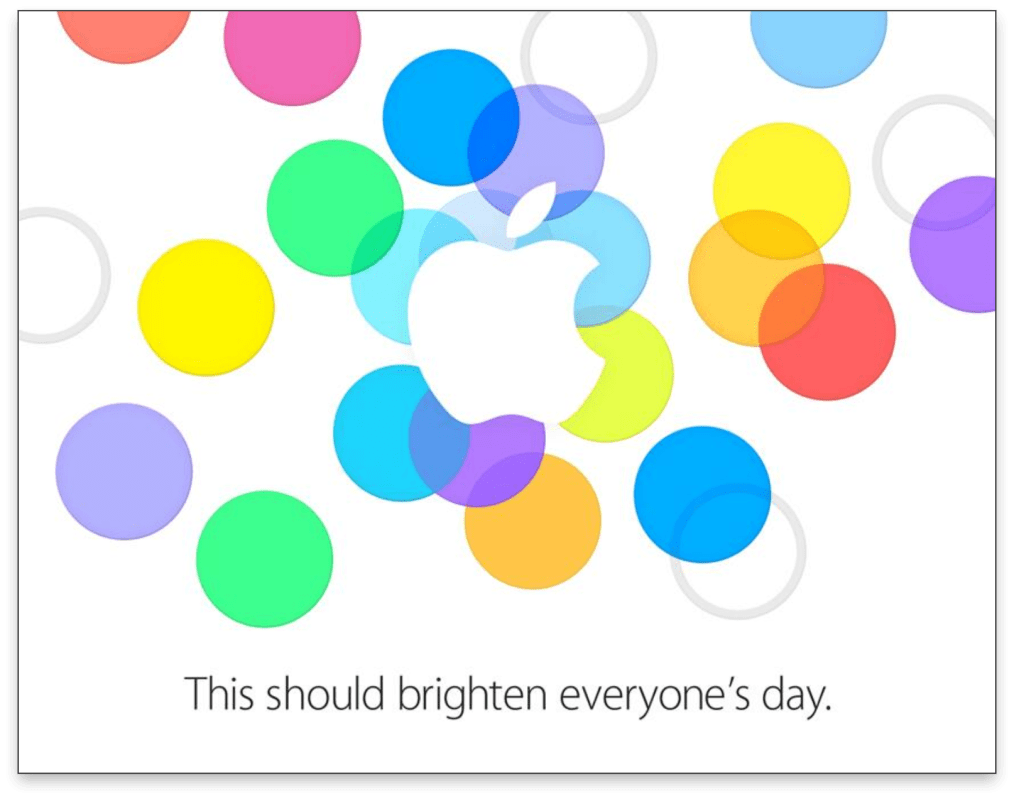 Apple has just sent out invites for their September 10th event, scheduled for 10 AM PST, via The Loop. Apple is hosting the event on campus in Cupertino.

The invite reaffirms expectations that Apple will launch two new models of iPhone for the first time, dubbed the iPhone 5S and the iPhone 5C. As indicated by the numerous case leaks over the last few months, the iPhone 5C is expected to be available in a variety of colors. The invite seems to back this up, showing many different colored dots and uses the strapline “This should brighten everyone’s day”, which further hints at the possibility of different colors.

For the 5S, the design will be similar to the current iPhone 5, with improved internals (such as a faster, more efficient A7 processor), a possible fingerprint sensor and be offered in a gold variant, alongside the usual black and white color choices.

Apple will announce the official launch dates for these new devices at the event. Apple’s behaviour in the previous years would suggest that the new iPhones will be available to buy on the 20th September, two weeks after their announcement. On Friday, we reported that Verizon is blocking employee vacations between the 18th and the 22nd of September, a very good indicator that new iPhones will be released in this timeframe.

At the September event, Apple is also likely review the final features of iOS 7, including when the operating system will be released to the public. It is expected that Apple will release a gold master version of the redesigned OS for developers on the same day. New version of iWork for Mac and iOS may also be demoed, after being announced early at WWDC.