Apple now shipping the Mac Pro to Europe once again, after EU ban of old model 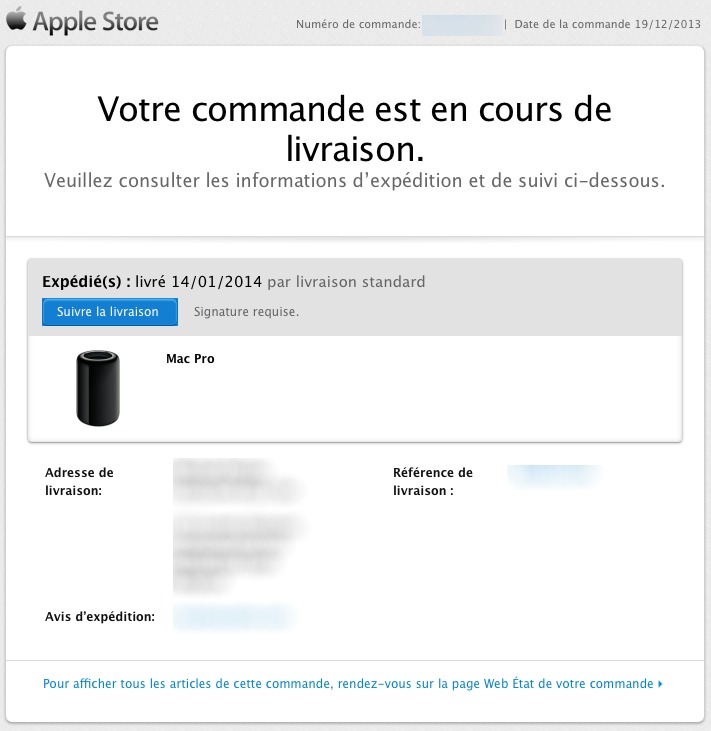 Since March, the old Mac Pro has not been available to buy in Europe as changes in regulations meant that the old Mac Pro no longer complied with EU law. In particular, the large exposed fans of the Mac Pro were the main reason behind the ban — the amendment required fan guards and minor changes to electrical ports.

With the design of the new Mac Pro, Apple once again complies with regulatory requirements. Via MacGeneration, customers in Europe are now receiving shipment notifications with delivery as early as January 14. According to Apple’s online store, customers ordering today should receive their Mac Pro in February.