Apple takes over its homepage to celebrate 30 years of Mac, with accompanying video, timeline and poll 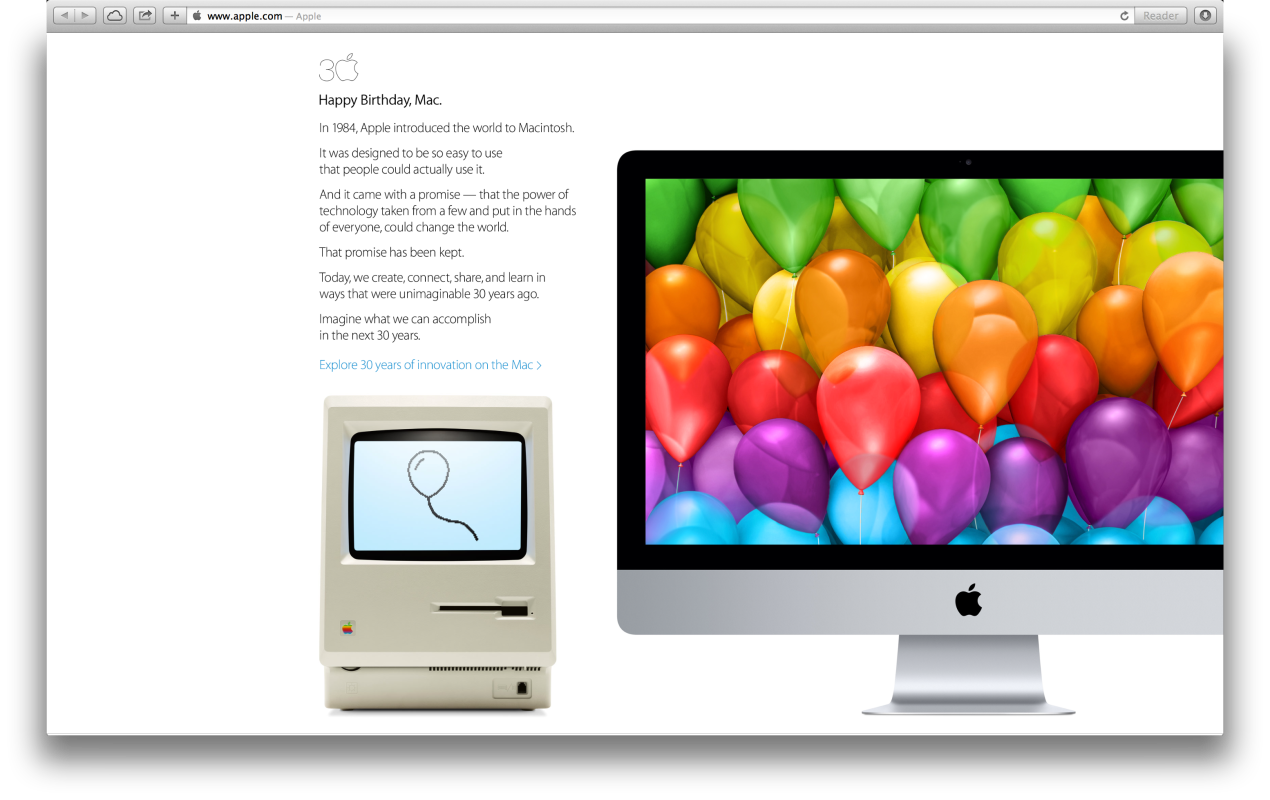 In addition to interviews with the press, Apple is celebrating 30 years of Mac with a full-bleed graphic on its homepage, which links to a minisite that plots how the Mac evolved over the years. The message says that Apple made the Macintosh with a promise to get “the power of technology .. in the hand of everyone”. “This promise has been kept.”, it reads. The dedicated minisite depicts a (scrollable) timeline of the major models of Mac since 1984, spanning the PowerBook, the iMac and ending with the Retina MacBook Pro and the brand new Mac Pro.

See the accompanying video after the break.

In 1984, Apple introduced the world to Macintosh.

It was designed to be so easy to use that people could actually use it.

And it came with a promise — that the power of technology takne from a few and put in the hands of everyone, could change the world.

That promise has been kept.

Today we create, connect, share and learn in ways that were unimaginable 30 years ago.

Imagine what we can accomplish in the next 30 years.

The microsite says the Mac has launched a “generation of innovators who continue to change the world”. The site shows pictures of these pioneers in a rotating carousel, with a fully-interactable timeline below highlighting the significant models of the Mac since 1984. Each item in the timeline can be expanded to read an anecdote about how this model of Mac changed the world. The featured people center around creatives, like musicians, architects and writers. There is also a section called ‘Your first Mac’, where Apple asks you to state what your first Mac was and what you used it for. This data is then incorporated to the poll, as shown below. At the time of writing, the most popular ‘first Mac’ was the Macintosh 512Ke from 1986.

Cook will discuss the 30 years of Mac in a rare TV interview later today. Yesterday, Tribble, Federighi and Schiller gave interviews to the press claiming “the Mac keeps going forever”.

Elon thanks Tim Cook for tour of ‘Apple’s b...