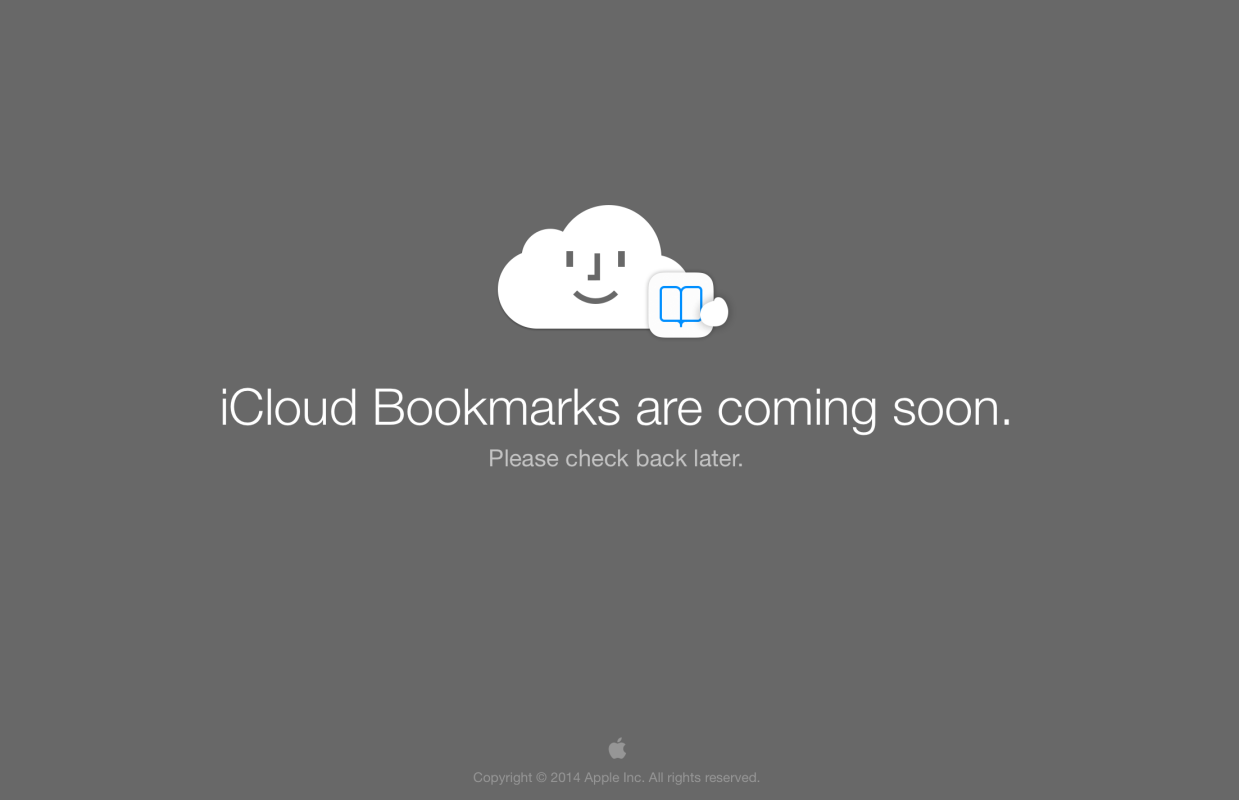 A glitch on iCloud.com suggests that Apple will soon add a way to view iCloud Bookmarks on the iCloud.com portal. The screen, shown above, appears briefly at this URL when users try to install the Chrome extension from the iCloud Control Panel for Windows.

The screen clearly says that “iCloud Bookmarks are coming soon. Please come back later”. While the message may be referring to the iCloud Bookmarks extension, as the URL slug is ‘bookmarks_extension’, this doesn’t really make sense as browser extensions have already been released by Apple for several months and are available for both Chrome and Firefox.

The more likely interpretation is that users will soon be able to view their bookmarks synced through iCloud on the web. This could be useful to people who are travelling and have to use a computer other than their own for some reason, such as a library PC.

The page uses the iOS 7 iconography for Bookmarks, which indicates the page is somewhat recent. As the browser extensions launched simultaneously with iOS 7, there would have been no need for a ‘coming soon’ page to have been otherwise created.

That being said, it is out of character for Apple to slip up in this way, but not unheard of. In fact, Apple has inadvertently leaked new information through iCloud.com about about upcoming features through the site in the past. In May 2012, beta.icloud.com revealed that Notes and Reminders web apps were in the works. Sure enough, they appeared later in the year alongside iOS 6’s debut.