f.lux for Mac gets smarter with screen-dimming based on daily schedule, Movie Mode and more 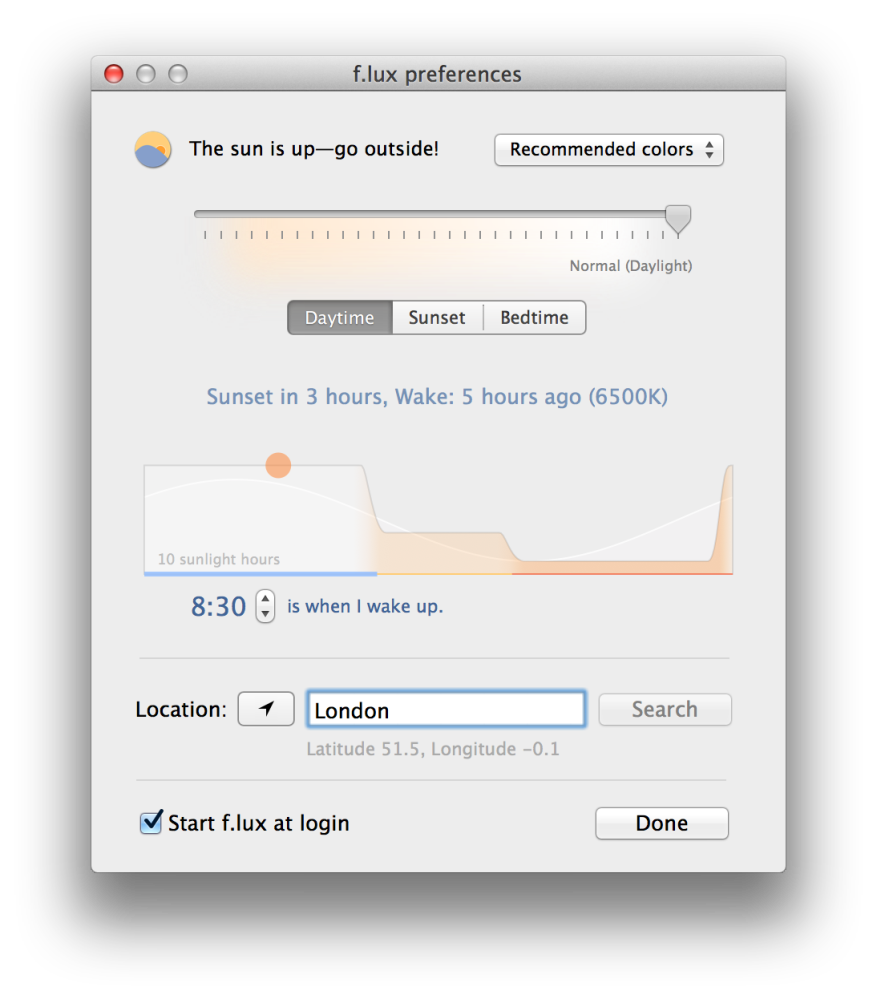 f.lux, the popular utility that changes the color temperature of your Mac’s display to reflect the sun’s daylight cycle, has received a major update. Whilst still being in beta, the app can now calibrate your screen based on your actual schedule, not just sunrise and sunset times.

This means the app is now useful for people who have non-standard schedules, such as people who work night shifts. The app smoothly transitions between ‘daytime’,’sunset’ and ‘bedtime’ presets based on the schedule information provided. You tell the app when you wake up and it automatically calculates the color temperature levels for every hour of the day.

You can train the app manually in the settings. After a few times, the app understands the levels you want to use and adapts its default presets to match.

The new f.lux also adds a Movie Mode, which tells f.lux to optimise your display for video content. The app automatically reverts to normal behaviour after two and a half hours, approximately the duration of most films.

You can change to a ‘Darkroom’ mode too, which makes your display go all red and black. I’m not sure when I’d want Darkroom mode active, honestly, but it looks cool.

As before, f.lux is free and available from the developer’s website.