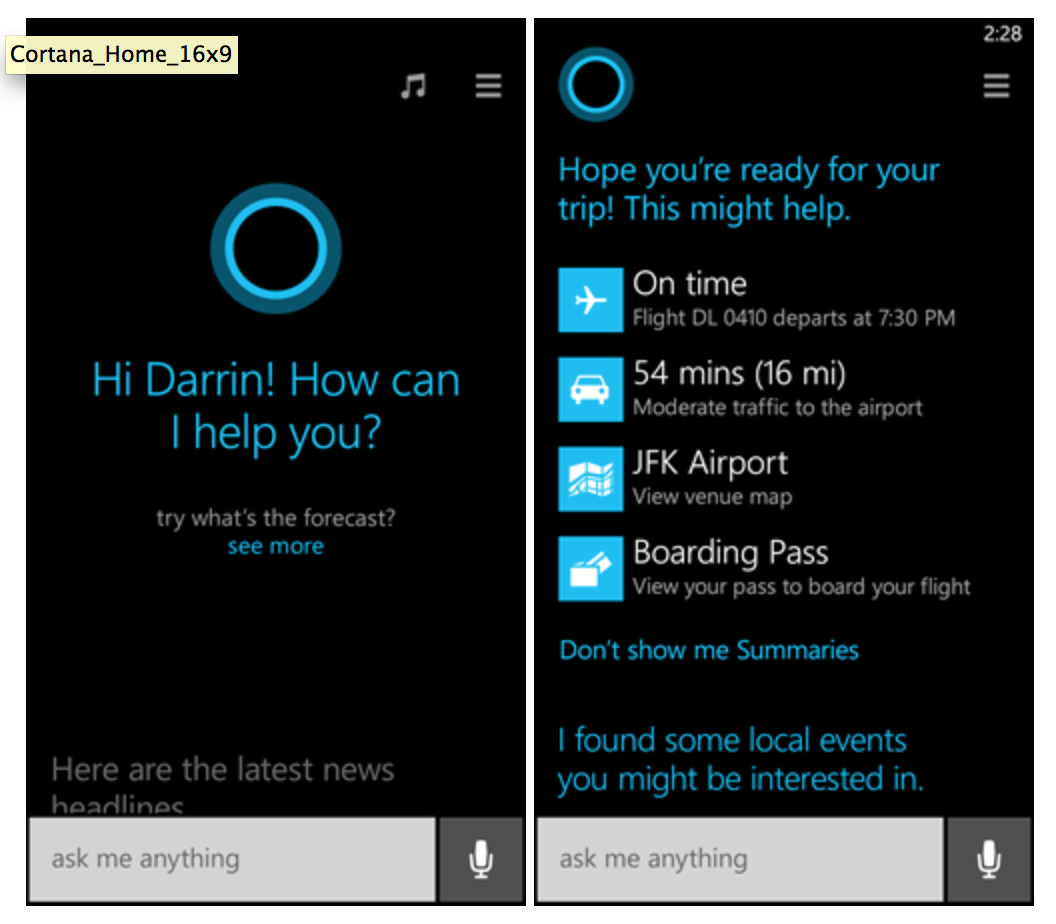 At its BUILD conference, Microsoft officially unveiled its personal assistant for Windows Phone named Cortana. The similarities to Siri are rather uncanny (and three years late) but in some areas, Siri could definitely learn from Cortana’s feature set.

Cortana certainly does a good job of cloning Siri’s appearance and functionality. However, it goes further by allowing third-party applications to do tasks and answer questions as well. For instance, you can ask Cortana to add a film to your Hulu watch list with natural language.

Rumors of a Siri SDK have floated around since Siri was first introduced alongside the iPhone 4S. Cortana finally demonstrates that a Siri SDK is feasible in the real world; even Google Now is yet to offer such integration. Hopefully, Apple will follow Microsoft’s lead and introduce third-party integrations for Siri in iOS 8.

Unfortunately, Microsoft’s current marketing campaign for the feature leaves less to be desired. ‘Rather one sided’, indeed.