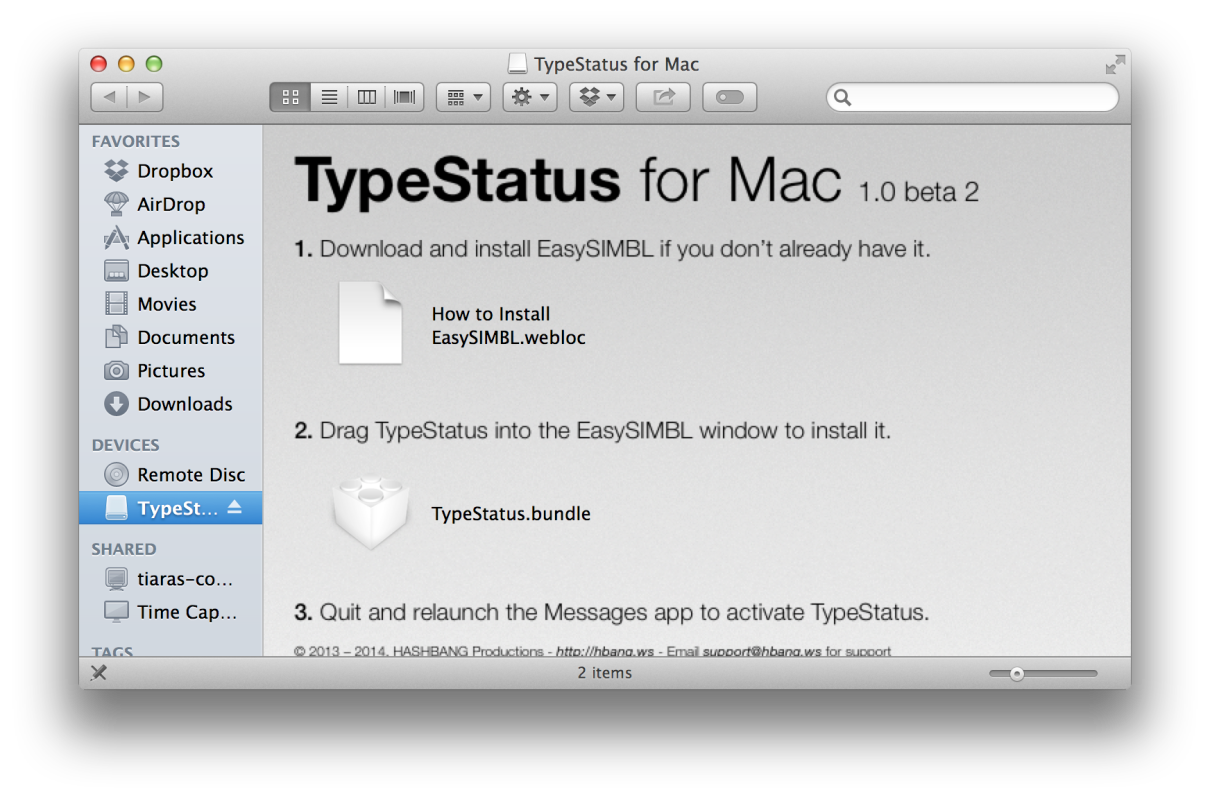 Following the success of Hashbang Productions’ iOS jailbreak tweak TypeStatus, the development group has released a beta version of the tweak for OS X. TypeStatus for Mac will provide simple system-wide notifications in the OS X menu bar when your iMessage has been read or someone is typing a response.

TypeStatus for Mac is a simple addition to your OS X menu bar that displays typing and read receipt notifications, much like the iOS version. TypeStatus also has built-in support for the awesome Obsidian Menu Bar tweak. This should work on OS X 10.8 and 10.9, however we’ve only tested it on 10.9.

Keep in mind that this is a very early beta; a lot needs to be done to bring TypeStatus for Mac’s features on par with the ones in its iOS version. If you notice any bugs or have any feedback, you can write a comment below or email support@hbang.ws. Enjoy! In our testing, TypeStatus for Mac functioned properly, but the notifications would only show a person’s email address or phone number instead of a contact name. Another important note is that TypeStatus will only function when the Messages app is open, but it will work when the app is in the background.

Update: According to the Hashbang team, a few of the issues mentioned above were caused by the fact that they had accidentally released a build from April 2013 as the first beta. A second beta has been released to resolve these problems and add an automatic updater for future builds.

TypeStatus has a lot of potential once the bugs get worked out, but we’d love to see a single install package to make the process even easier. If you’d like to check out TypeStatus for Mac beta, it’s available on Hashbang Productions’ site.