The main idea of the modern smart watch is for the user to be provided with quick access to glance-able information on a small display. The iPhone App Store is loaded with news apps, sports apps, and media playback apps that are perfect for the phone’s 4-inch screen. But when it comes to smaller displays, optimization for that new size and interaction from the wrist is necessary.

With the new Notification Center widgets system, Apple could apply the mini applications to the iWatch’s display and source data from the iPhone’s full-scale apps. Apple has already demonstrated an eBay widget and an ESPN sports widget, and those programs seem intuitive for access on the wrist. Even more so, Apple’s iPhone Calendar, Weather, and Reminders widgets would be perfect for an iWatch.

Apple could even build an entire ecosystem of third-party widget apps on the iWatch, sparking an entirely new gold rush for app development on a brand-new platform.

With a small display accessible from a wrist, the software controls will need to be quickly accessible and easy to tap. In iOS 8, Apple has made access quicker to recent and favorite contacts quickly accessible in the Multitasking view, made managing email require less taps through the system, and made responding to notifications more intuitive.

Of course, the Apple wearable device will be capable of making phone calls, and the new user-interface for doing so in iOS 8 feels natural for a watch with its large circular icons and quickly accessible buttons for actions.

Being able to respond to notifications with large buttons like in iOS 8 will be critical to managing notifications on the smaller display of an iOS-based wearable. As seen with devices such as the Pebble, people like to manage notifications from the wrist, so an easy-to-use experience for this from Apple will be essential. It may seem straight of the Jetsons, but iOS 8 will unlock the ability for an iWatch user to bring the watch up to their face for them to shoot off a quick voice memo. The ability to now more quickly send messages, especially with your voice, sounds like it will be a critical (and killer!) feature of the iWatch. We have no idea if the watch will have a camera (like the Samsung Galaxy Gear), but if it does, iOS 8, too, has the ability to now more quickly send pictures and video clips.

iOS 8 includes a new and more powerful Spotlight Search feature. Not only does Spotlight now have access to local content on your iPhone, but it could search for apps, songs, and local information such as nearby places/restaurant, and movies. As a device that will live on your wrist to provide you with relevant information, the power of advanced local search will be critical to the iWatch. We have extensively reported that Apple has been working on a fitness band with advanced medical sensors. Over the past couple of years, Apple has been hiring up and acquiring resources with expertise in glucose monitoring, pedometers, vain scanning, and fitness. With Health and HealthKit, Apple now has a way to track all of this information. We fully expect the Apple wearable to integrate deeply with the Health App and Health Kit upon its launch. In order to power the wireless technologies on the wearable device, Apple could either embed a cellular chip or connect the device to an iPhone. Now, utilizing the iPhone’s cellular chip as a hotspot is easier than ever with the new Instant Hotspot feature. The iWatch would be able to automatically recognize that the phone is nearby and take advantage of its cellular networking. Handoff for Phone and SMS:

As an extension of the iPhone, the iWatch will need to be able to make phone calls and receive all of the iPhone’s text messages. Not just iMessages, but SMS texts as well. iOS 8 builds in the technology for non-iPhone devices to receive and make both phone calls and SMSs through the iPhone’s cellular chip. This technology will likely translate seamlessly over to an iWatch and will be critical for the product’s success as an iPhone accessory. As a smaller device that is worn on the body, it is unlikely that the iWatch will have vast amounts of storage. Instead, the device will need to rely on wireless networking and iCloud to retrieve content. While it is uncertain if the iWatch will have a full blown Photos app like on the existing iOS devices, the new iCloud Photos feature uses technology that could be critical to the iWatch. The new iCloud Photos system allows photos to be stored in the cloud (and not on the device) and viewed on an iOS device. This is a departure from how photos and My Photo Stream formally worked on iOS. With its small display, it will be difficult for Apple to squeeze in a full QWERTY touch keyboard on the iWatch. But with QuickType, perhaps Apple could enhance the keyboard to efficiently fit on a smaller screen. The new predictive text technology could make it so Apple only needs to provide certain keyboard characters at a single time. 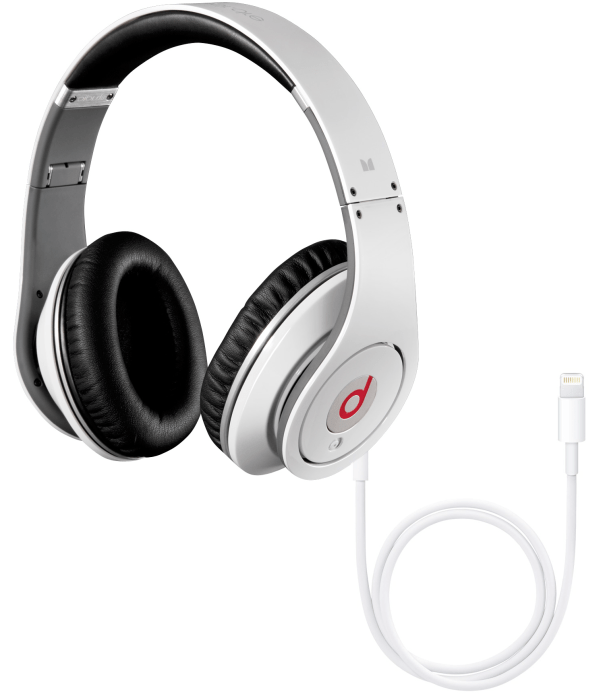 We reported that Apple will introduce a new Lightning-based headphone standard with iOS 8. This means that headphone makers can use the Lightning port to connect the headphones to iOS devices. We don’t think that this will replace the 3.5mm headphone jack on existing iOS devices (like the iPad and iPhone), but perhaps the likely much thinner and smaller iWatch will be unable to fit a standard headphone jack. Maybe the new Lightning Headphone system is designed for the iWatch. Realmac Software has a similar theory about iOS 8 and the iWatch, and they add that some developer APIs like Extensions and Metal could be perfect for the iWatch. Take a look at their post as well.

Each feature added in iOS 8 adds functionality and makes the iPhone a better platform for both users and developers. But many of them seem even more powerful when put in the context of a wearable device, and we believe that many of these features will be key points of the future product.