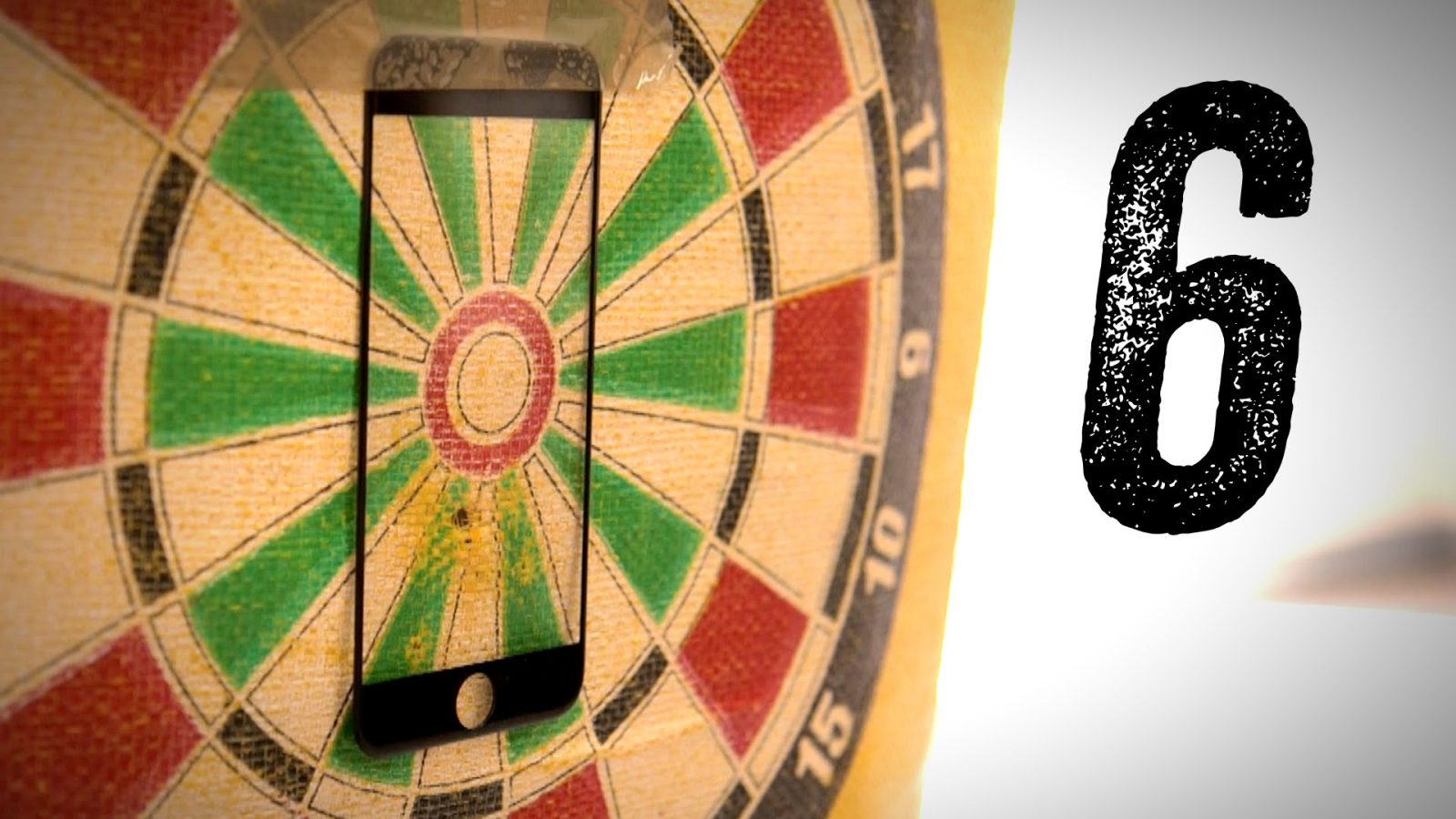 Last week, YouTuber Marques Brownlee got his hands on what is claimed to be a sapphire glass panel from Apple’s upcoming iPhone 6. The initial video (found here) put the panel through a variety of torture tests including, knives, keys, and even a flexibility test to show off the panel’s durability. While there were no scientific tests performed to prove the front glass is actually sapphire, the result of each test was very impressive. Well, apparently that wasn’t enough…

With the combined power of sandpaper, a bow and arrow, and Joe Rogan, YouTubers Unbox Therapy, Marques Brownlee, Austin Evans, and Jonathan Morrison (TLD) have stepped it up in a handful of collaborative sapphire display torture tests. Unfortunately, the glass panel doesn’t live through the all of the tests, but when you shoot objects with arrows, things tend to get a little messy. The testing spans across a set of videos (embedded below) and there’s even a cool “behind the scenes” to go along with it.

In the first video, Brownlee explains exactly why knives and keys have trouble scratching this purported sapphire panel. The materials being used aren’t stronger than the sapphire material found on the front panel. In order to actually scratch it, Brownlee had to use sandpaper. The sandpaper definitely scratched this “sapphire” panel, but not nearly as much as it did to the glass found on an iPhone 5s.

Interestingly enough, Apple’s Touch ID button held up better than the alleged sapphire iPhone 6 front panel. We know for a fact that Apple uses sapphire crystal to manufacture its Touch ID home button, but does this durability test debunk the iPhone 6 panel’s sapphire construction? Well, not exactly. The only definitive way to tell if this glass panel is actually made of sapphire is to run some scientific tests on it. Our guess is that it’s probably some type of sapphire laminate being used on the iPhone 6 panel, but only time will tell at this point.

The second video introduces a new torture element. What do we have here? Well, thanks to Joe Rogan and his archery skills, the iPhone 6 panel is put through the ultimate durability test (high speed cameras included). I never expected this front panel to survive a bow and arrow test, but it sure is fun to watch. Check out the entire video below to see all of the glass-shattering action.

As mentioned there’s a pretty cool behind the scenes video that gives you more of a backstory on the testing performed in the videos above. You can check it out here on Jonathan’s YouTube channel. In addition to those videos, Austin Evans has published an expectation video that’s in line with the embedded videos above. Even though nothing groundbreaking or scientific happened here, it’s still pretty interesting to see how well the front panel held up through each test. If Apple does actually use sapphire or a laminate, this could change the game for iPhone screen durability.