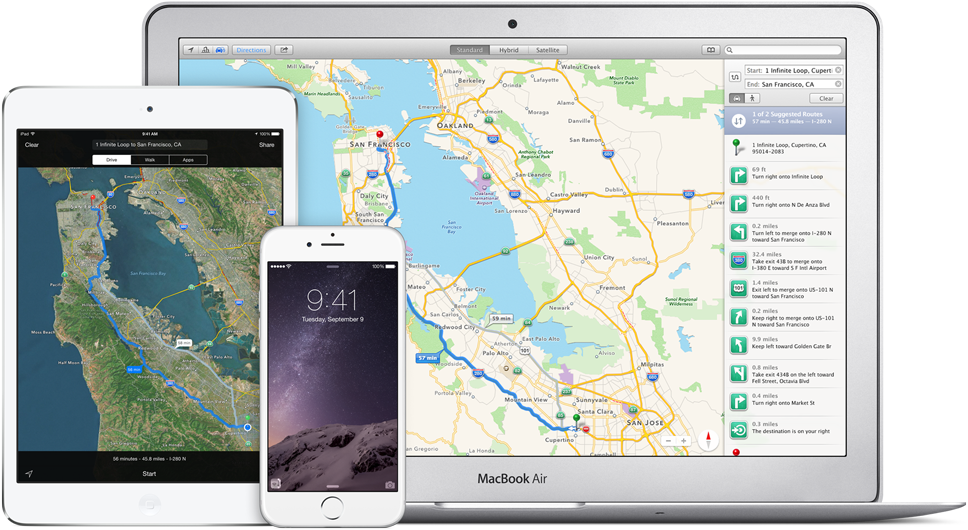 Apple has made another notable hire from the mapping world this month: the Cupertino-based company, coming off of a series of mishaps in its Maps division, has brought on former Nokia HERE and NAVTEQ executive Torsten Krenz, according to sources. Before joining Apple this month, Krenz served as Nokia HERE’s director of regional map and content.

Krenz has had a long career in the mapping world and previously served as Vice President of Global Expansion in NAVTEQ’s Digital Mapping Operations before it was acquired by Nokia and merged with Here. Sources say Krenz was leading global field operations and responsible for ground truth mapping worldwide at Here before departing for Apple. It’s an interesting hire as Apple also hints at a new data-collection project for Maps and could be another clue the company is looking to step up its own data-collection to improve Maps.

Apple has also recently picked up other key hires to help improve its in-house Maps service that continues to receive complaints from users two years after launching and replacing Google Maps on iOS. Earlier this year we reported that Apple had picked up Vice President of Amazon A9’s Search technology group Benoit Dupin to help improve search for Maps.

While Apple has a lot of new Maps features planned for iOS 8 including indoor mapping features, improved data, new localizations features for China, one of the big new features originally planned for iOS 8, transit directions, was reportedly delayed and is still not present in iOS 8 leading up to its launch this fall. The delay accompanied reports of internal politics on the Maps team including the departure of former co-founder of Chomp Cathy Edwards who was serving as Apple’s head of Maps quality at the time. We reported in April that it appeared Benoit Dupin from Amazon would be filling Edward’s role.

The hire comes just as Apple yesterday hinted at a data-collection project for the Maps team based in New York. Last summer Apple went on a hiring spree for Ground Truth contributors around the globe that would contribute regional fixes and improve Maps locally, much like Google and other mapping companies rely on. Sources say that program was put on hold at the direction of Edwards, but with Edwards out, the hire of Krenz, and hints at new data-collection projects, it sounds a lot like Apple might be going back to its original plan of collecting its own data.