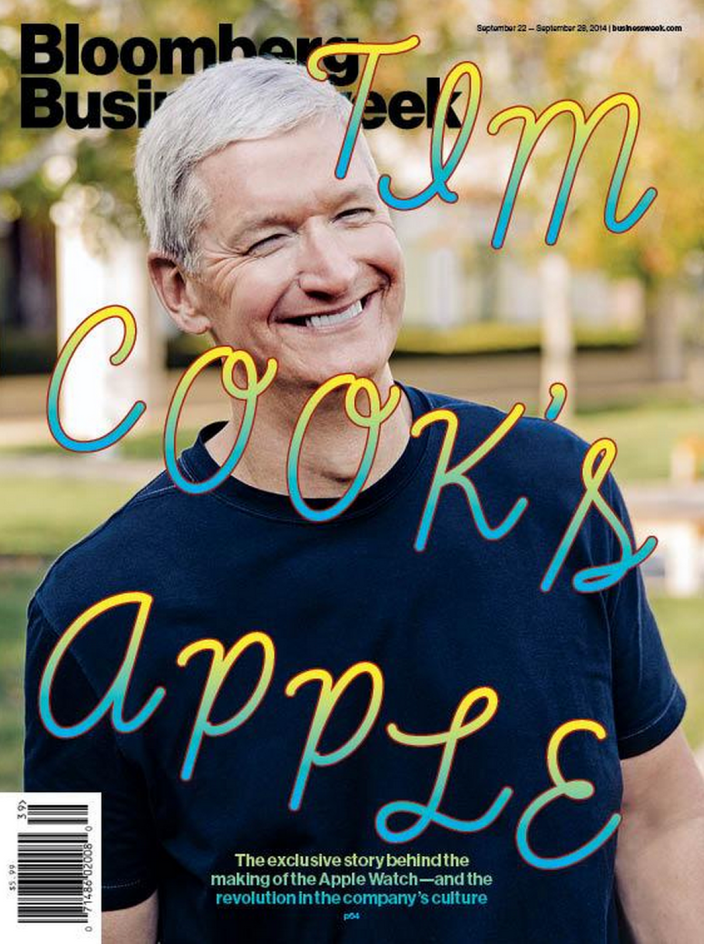 Bloomberg Businessweek published an interesting profile on Apple today that includes interviews with Tim Cook and other Apple executives while detailing how the structure of the company has changed in recent years under Cook:

Almost everything else on Apple’s campus in Cupertino, Calif., is different. The executive wing once radiated nervous energy, with handlers scurrying to anticipate the whims of Apple’s temperamental co-founder. Now there’s tranquility in the hallways, a reflection of the new boss’s calm Southern demeanor. Downstairs, the cafeterias are packed—the workforce has almost doubled. A mile away, behind a ring of fences, construction crews are building the massive foundation for the circular “spaceship” campus that will accommodate 12,000 workers when it’s completed in a few years…

The piece also includes also includes some interesting bits about Apple’s latest announcements including Apple Pay and the Apple Watch as well as quotes from interviews with Apple executives Jony Ive, Jeff Williams, and Eddy Cue. In one interview, for instance, Jony Ive noted that the Apple Watch was conceived in his lab three years ago following Steve Jobs passing. “With an Apple Watch wrapped around his hand brass-knuckle style, Ive reveals that the project was conceived in his lab three years ago, shortly after Jobs’s death and before “wearables” became a buzzword in Silicon Valley. “It’s probably one of the most difficult projects I have ever worked on,” he says.”

Ive owns Jobs’s 15-seat Gulfstream jet, which he bought from Jobs’s widow at a significant discount, according to a person with knowledge of the transaction. As Ive, who helped Jobs decorate the interior, joked to a friend, “At least I don’t have to redesign anything.”

You can read the full article on Bloomberg Businessweek here.