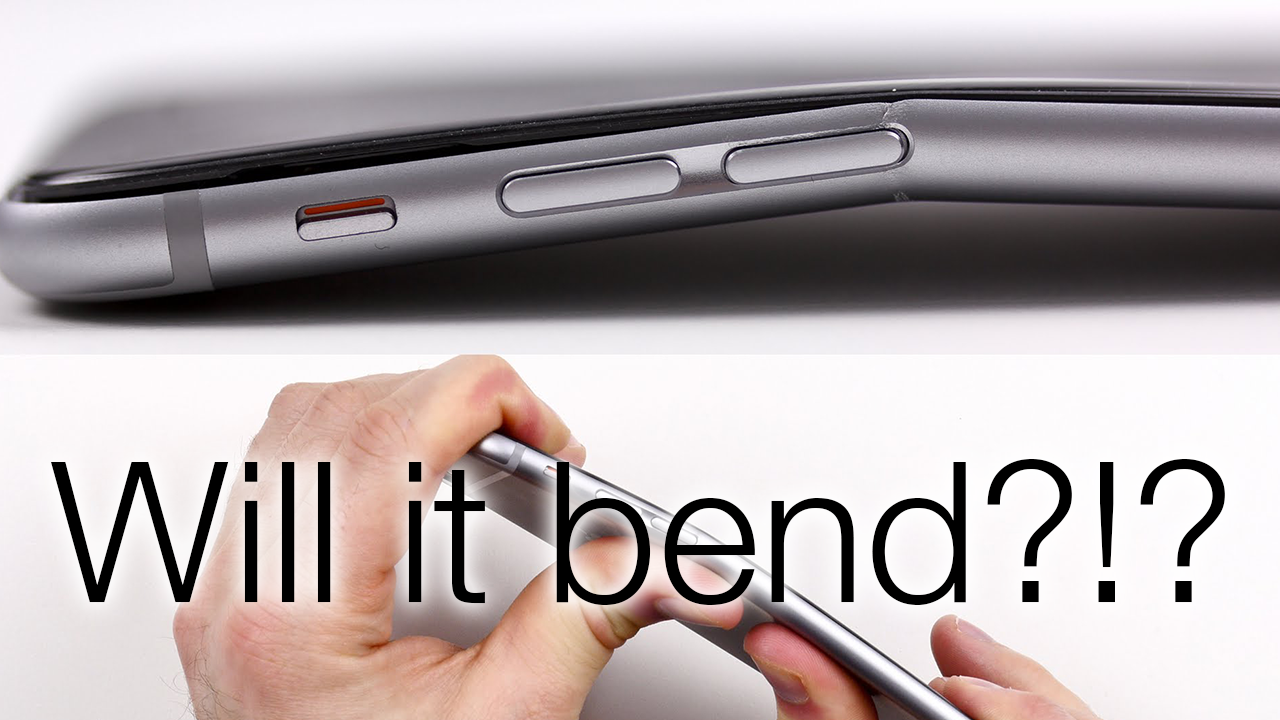 With recent reports of the iPhone 6 Plus suffering from a bendable body while in pockets and other tight places, YouTuber Lewis from Unbox Therapy decided to put together a proper “bend test” and see what all of the fuss is about. Obviously this is going to be an extreme situation, but as others have specified it doesn’t take much to bend Apple’s new phablet…

In the video below, Lew puts the iPhone 6 Plus through a forced bend session. The bend test is done completely by hand, but as he points out, a bit of bending had happened to his iPhone 6 Plus prior to the force test. There was a slight indent near the center just below the volume buttons, which he thinks may be the device’s weakest point.

Check out the iPhone 6 Plus bend test video below:

As you would imagine, doing this kind of test on an iPhone is going to leave it completely bend out of shape. The iPhone 6 Plus was still functional afterwards, but Lewis also informed us that he cracked the display a bit while attempting to bend the body back to normal after shooting the above video. Screen cracked after attempting to bend it back.

Either way, I think we’ve clearly determined that Apple’s iPhone 6 Plus is not meant to be bent. Just as a reminder, most phones aren’t meant to go through this type of torture, but then again, they should bend by simply being inside of your pocket. This is likely due to the thin aluminum design, but apparently Apple isn’t stepping up to the plate just yet. Some people have mentioned that Apple is not willing to replace the bent 6 Plus models free of charge.

Most other phones have some sort of flex to them, but those “other phones” are also made out of plastic and won’t become permanently damaged. Let’s be honest here, this is a thin device that’s made out of aluminum. While I don’t think it should just bend inside of a pocket, I’m not shocked by the results from the forced bend test video.

I guess we’ll call this one “bendgate.”