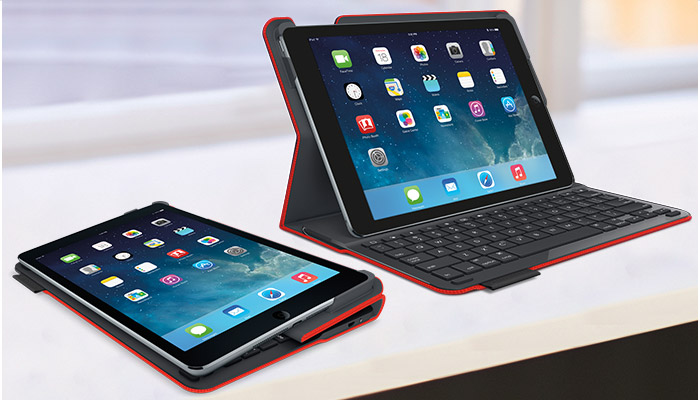 Logitech today announced its latest case/Bluetooth keyboard combo with the new Type+ for iPad Air. Like many of its past products that we’ve reviewed, Logitech’s new keyboard puts a Bluetooth keyboard inside of a light protective case that provides protection on both sides of an iPad. It also said it’s made some big improvements to the keyboard over previous generations:

We’ve designed the new keyboard to replicate the typing experience and layout you would have on your laptop – so now you can smoothly transition from one device to another without losing speed or accuracy. We’ve done this by optimizing the distance between the keys, and adding a dedicated row of iOS shortcuts that put navigation of your iPad at your fingertips without needing to reach out and touch your iPad’s screen.

Also new is an automatic On/Off switch that will turn off the keyboard when the iPad isn’t propped upright. Logitech also included its SecureLock magnetic enclosure and said the keyboard will get “up to 3 months of battery life on a single charge” under normal usage.