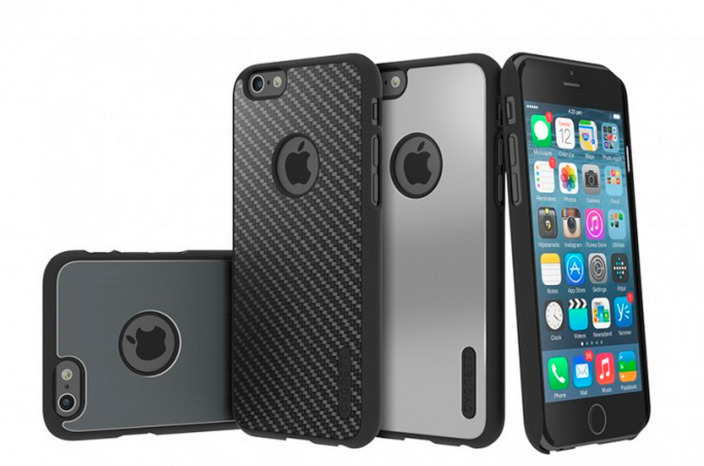 Sales of accessories for mobile phones in the US reached record numbers following Apple’s launch of the iPhone 6 and 6 Plus, according to the latest data published today by NPD. Accessory sales topped $249 million in the two weeks following the launch, which NPD notes is “43 percent higher than the two weeks prior.” The report breaks down numbers by accessory category and highlights that screen protector and case manufacturers experienced the biggest increase:

The new iPhones were a big draw for protective accessories. Screen protector revenue increased 120 percent versus the pre-launch period, and cases increased 78 percent in revenue and 63 percent in units.  Other accessory categories saw growth, but not near the levels of the protection devices; revenue for mobile power products grew 5 percent, headphones with microphones were up 10 percent, and Bluetooth speakers increased 5 percent.

That tops the $195 million in accessory sales and 17% increase following the iPhone 5s and 5c launch last year.

It’s not all that surprising that case manufacturers saw the biggest increase. Not only is a case a must-have accessory that many buy when purchasing a new device, the new iPhone models, unlike the iPhone 5s, don’t work with previous generation cases. A long list of case manufacturers had products ready for the iPhone 6 and 6 Plus at the time of launch. NPD, however, expects accessory sales to continue to increase into the holiday season: “58 percent buy their accessories after they have left the store.  In addition, iPhone buyers spend nearly double after they leave the store as they did during their initial purchase.”

The full NPD report is here.