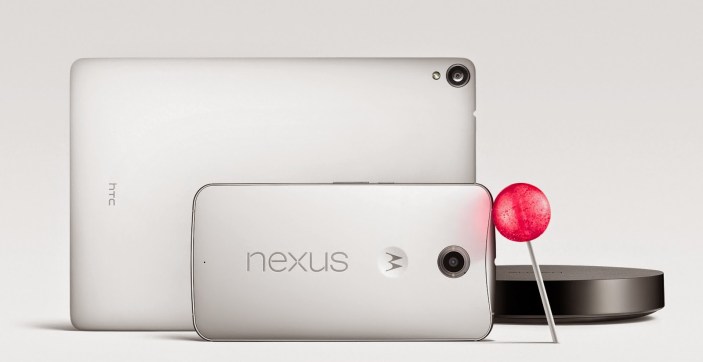 One day before Apple’s big iPad event tomorrow, Google has just unveiled its latest Nexus devices alongside official announcements for Android 5.0 Lollipop and more. With Apple expected to launch new iPad Air and possibly iPad mini models tomorrow, Google today announced the Nexus 9, an 8.9-inch HTC-made tablet with brushed metal bezels and a gold (Best!, duh) color option not unlike that expected for the new iPad Air tomorrow. The tablet also features a keyboard folio that attaches magnetically to the device. But iPad’s not the only Apple device the Mountain View company is targeting…

In addition, Google announced the much rumored Motorola-made Nexus 6 smartphone with a 5.96-inch display and $649 price tag. Both the Nexus 6 and Nexus 6 will ship November 3 with preorders kicking off on Friday, October 17. 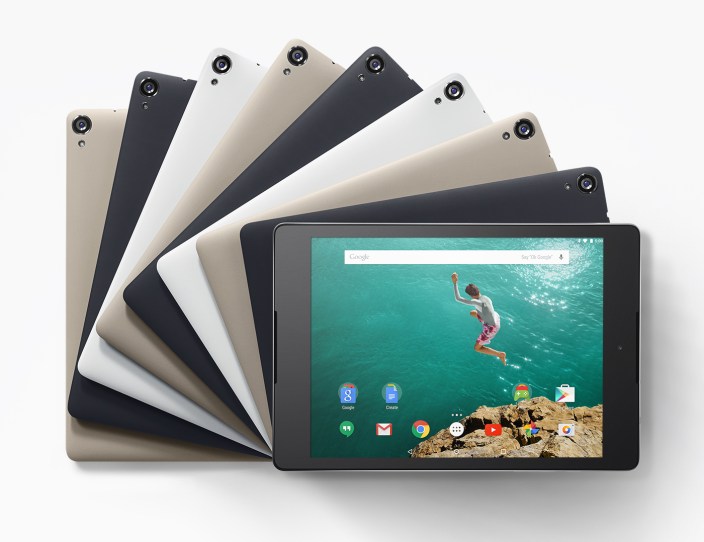 One surprise from Google today is a new Nexus Player, the company’s first Android TV/gaming product made by ASUS.

A full roundup of Google’s announcements today from our sister site 9to5Google is below: