It looks like Apple’s event tomorrow will focus on new iPad models as rumored, but there are bound to be a lot of announcements beyond just the new iPad Air 2 and iPad mini 3. Below we’ve put together some of our expectations for other possibilities at the event, including likely announcements for new Macs, software updates and a couple of possible surprises you might not be expecting.

iPad Air 2 & iPad mini 3: The majority of rumors leading up to tomorrow’s event have been focused on a second-generation iPad Air. It’s now all but confirmed with our discovery earlier today of iPad Air 2 and iPad mini 3 images in an iOS 8.1 iPad user guide. The guide confirmed nearly identical designs to previous generations as well as Touch ID and the Burst camera mode previously only available on iPhones.

Based on our own reports and several leaks in recent months, we’re expecting the new iPad Air 2 will gain a slightly thinner design, a more efficient A8 processor, the M8 chip and Touch ID from iPhone 6, and other improved camera and display components. Rumor has it that the new Air will be offered in a gold color option previously only available on iPhones. The refreshed iPad mini 3, on the other hand, will reportedly be more of a minor spec bump but include Touch ID.

A Keyboard Smartcover would also be nice. We’ve certainly seen a lot of patent work in that area, but alas it is probably one of those products that Apple reveals across all of 2015. Earlier today Google announced its HTC-made Nexus 9 tablet which works with a magnetic folio-style keyboard case, and Microsoft’s Surface has long enjoyed the benefit of the keyboard cover. 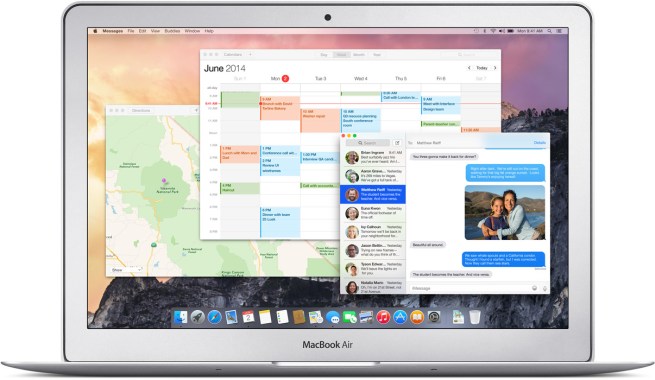 OS X Yosemite: As much as this event is being touted as Apple’s iPad event, we’re also expecting Apple to dedicate a lot of stage time to Mac and OS X Yosemite announcements. We reported as far back as July that Apple was planning a late October release of Yosemite, the latest version of its Mac operating system that has been in beta testing since its unveiling earlier in the year at WWDC. Tomorrow we’ll likely get specific launch dates for the public release if not a release tomorrow. If it is any indication, Yosemite Apps are hitting the store 24 hours early.

iWork/iLife/Final Cut: Not only will we get specifics on a release date, we might also hear about new features like the Photos app that Apple originally said would arrive early next year to replace Aperture and iPhoto. An update on iWork and iLife apps for OS X Yosemite and the new iCloud Drive service would also be good candidates for Apple’s Yosemite portion of its event tomorrow. We’ve already seen what may be the new icons for the apps. We reported in July that Apple was said to be preparing updates to both iMovie and Final Cut Pro to bring support for editing, exporting, and importing video taken with 4K resolution-capable cameras. That would be a great feature to introduce beside new higher-resolution desktops…

Retina iMac: The star of the show as far as Macs go tomorrow will likely be Apple’s 4K Retina iMac that we first reported back in July was in development. Our report was backed up by other reliable supply chain leaks pointing to a new higher-resolution 27-inch iMac with some claiming a 27-inch iMac with a resolution of 5120×2880 could launch by year’s end. There’s still a possibility the 21-inch model could get a mention alongside the introduction of the expected 27-inch Retina iMac tomorrow, but the latest from often reliable KGI says a 21-inch model won’t be released until early 2015.

12-inch MacBook: While Apple is indeed working on a 12-inch Retina Macbook, as we first reported back in July, at this point an appearance tomorrow is up in the air. We noted in earlier reports that the slimmer 12-inch MacBook could be pushed back into 2015 due to delays with Intel chips and yesterday analysts from the often reliable KGI reported the same. Earlier this month The Wall Street Journal reported that production of a 12-inch Retina MacBook wouldn’t start until December, another hint that it might not make an appearance tomorrow. A Retina iMac could certainly be enough to carry the show for the Mac/Yosemite portion of things, and an updated Mac mini is another possibility… 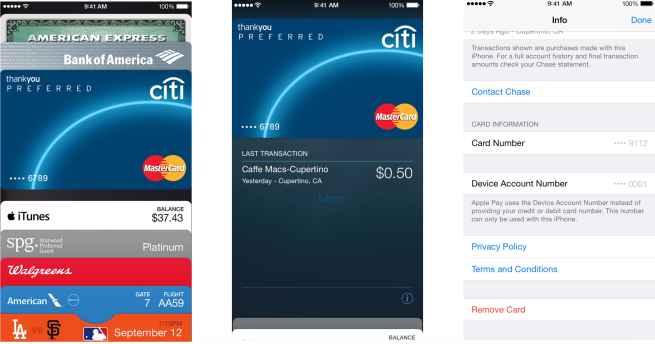 Apple Pay & iOS 8.1: Most expect that we’ll get an official release date for Apple Pay tomorrow following Apple’s unveiling of the payments service last month and a promise of an October launch. With the iOS 8.1 guide leaking earlier today showing off the new iPads with Touch ID, it seems likely the update will launch soon and bring Apple Pay support with it.

Apple already announced a number of banking and retail partners for the service. A recent leak from Walgreens pointed to an Oct. 18 launch date for the service, while banking partner USAA said it will begin supporting the service on Nov. 7. The later date could be part of Apple’s second wave of launch partners, as USAA is listed in the coming soon category on Apple’s site alongside PNC, Navy Federal Credit Union, Barclays, and USBank. Initial banking launch partners listed by Apple include Citi, Bank of America, Capital One, Wells Fargo, Chase, and American Express. 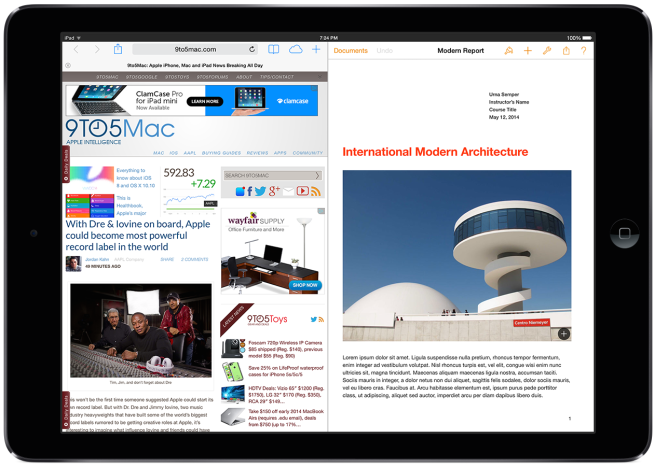 12-inch iPad: Another product rumored to be in Apple’s pipeline is a 12-inch iPad that some are referring to as the iPad Pro. It didn’t appear alongside the new iPad Air and iPad mini in the leaked iOS 8.1 guide today, and recent reports from Bloomberg claimed the 12.9-inch iPad won’t arrive until early next year.

Mac mini: One last possibility for Apple’s event tomorrow is a refreshed Mac mini. We found references on Apple’s own website earlier this year, and later reports claimed a refreshed Mac mini would arrive this month. Previous rumors said the update would include Intel Iris graphics and 802.11ac wireless networking, although that was the same report that claimed the new machine would launch back in February. The current Mac mini that Apple is still selling was last updated in late 2012.

iPods: While there hasn’t been much talk about new iPods for tomorrow’s event, the last major refresh to the whole lineup took place in 2012 at the iPhone 5 event. Updated iPods would certainly fit the event’s ‘It’s been way too long’ theme as even Apple’s highest priced iPod touch still carries the A5 processor introduced with the iPhone 4s in 2011. Apple has experimented with FaceTime camera-only iPod touch devices as well as a cheaper entry price for the iPod touch, but a major refresh (possibly with larger screen sizes like the iPhone 6 and iPhone 6 Plus) is due.

Apple TV: While it’s also been ‘way too long’ since the last Apple TV update, the long-awaited Apple TV overhaul isn’t expected until early next year. The current generation Apple TV features the same single-core A5 chip as the iPhone 4s and current iPod touch, and while a minor revision was issued to this product, it dates back to the March 2012 iPad 3 event.