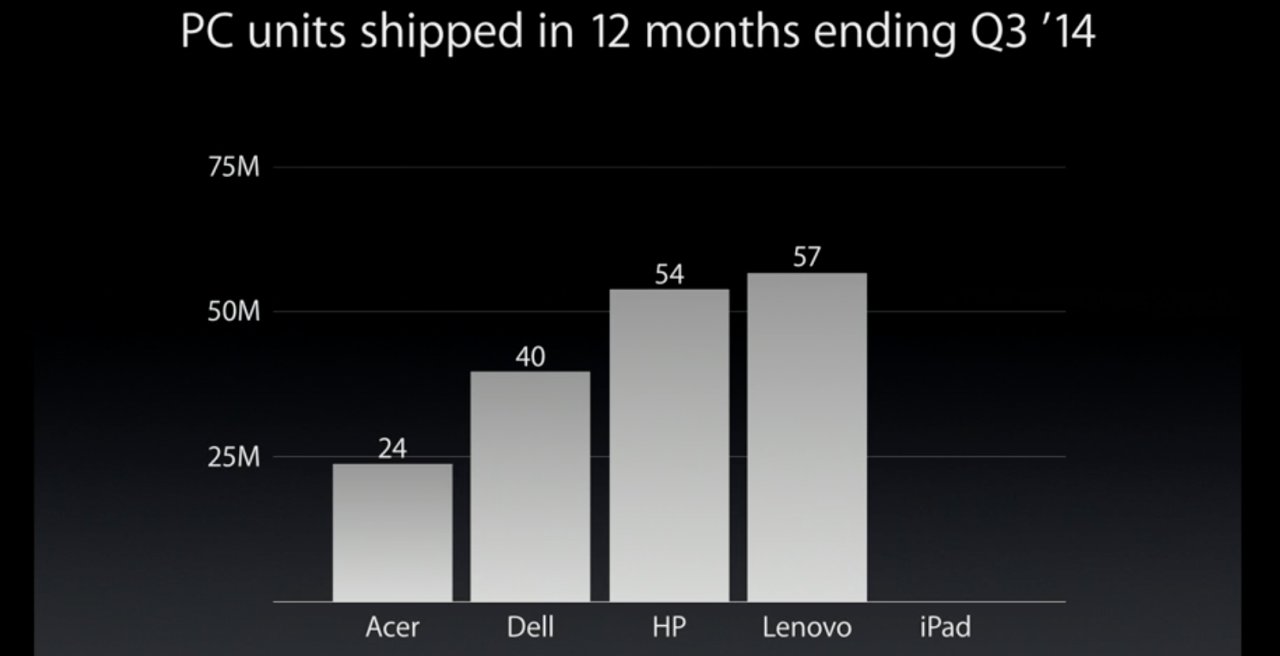 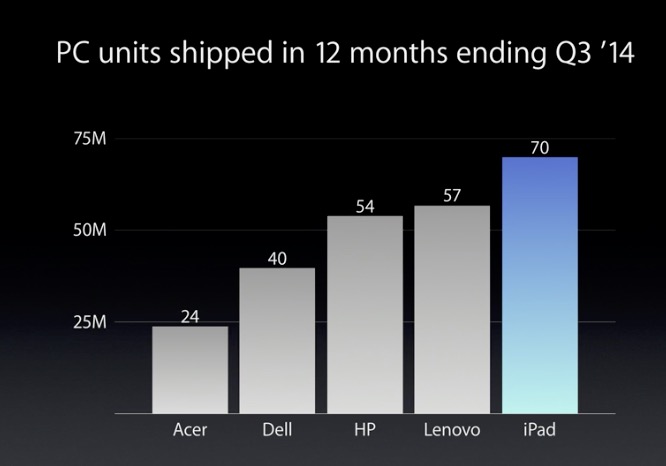 Apple has announced some numbers regarding its iPad lineup, mentioning that the company sells more iPad units in a year than the full PC lineups of Acer, Dell, HP, and Lenovo. Tim Cook says there are an impressive 225 million satisfied customers. The iPad gives Apple the number one spot in customer satisfaction, and the Cupertino Corporation touts that the iPad mini with Retina Display has achieved 100% customer satisfaction. “You just don’t see these numbers in customer sat,” Cook says.