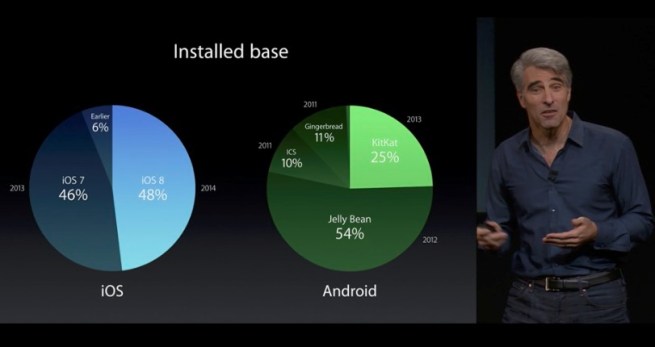 While announcing some iOS 8 related updates today at its iPad/Mac press event, Apple’s Craig Federighi today compared adoption of the newly released iOS 8 to the installed base of the most recent Android release, KitKat.

Apple also noted that iOS 8 was able to achieve its 48% adoption in just 26 days compared to 313 days for KitKat to reach its 25% of Android users (pictured in slide below). 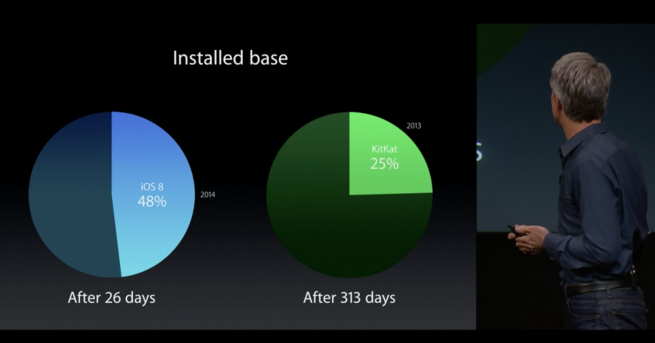 While Apple made a point today of how much faster iOS 8 is being adopted by users compared to recent Android releases, iOS 8 has actually experienced slower adoption compared to last year’s iOS 7 release.