Apple previously announced that it would be live streaming Thursday’s iPad and Mac event, so it shouldn’t be a surprise that the company is pushing out an Apple TV channel to stream the video. It is a bit surprising, however, that the channel is already available at midnight Pacific time. It’s usually much later in the day that it appears.

You can also stream the event from Apple’s website on a Mac or iOS device. If you’re on a Windows PC, you’ll need to follow a few extra steps to get the stream working, but you’ll also be able to watch. Apple is expected to debut upgraded versions of the iPad and iPad mini along with a new Retina iMac. There should also be some final details about iOS 8.1 and OS X Yosemite, including release dates and Apple Pay availability.

We’ll have also full coverage of the event right here on 9to5Mac. 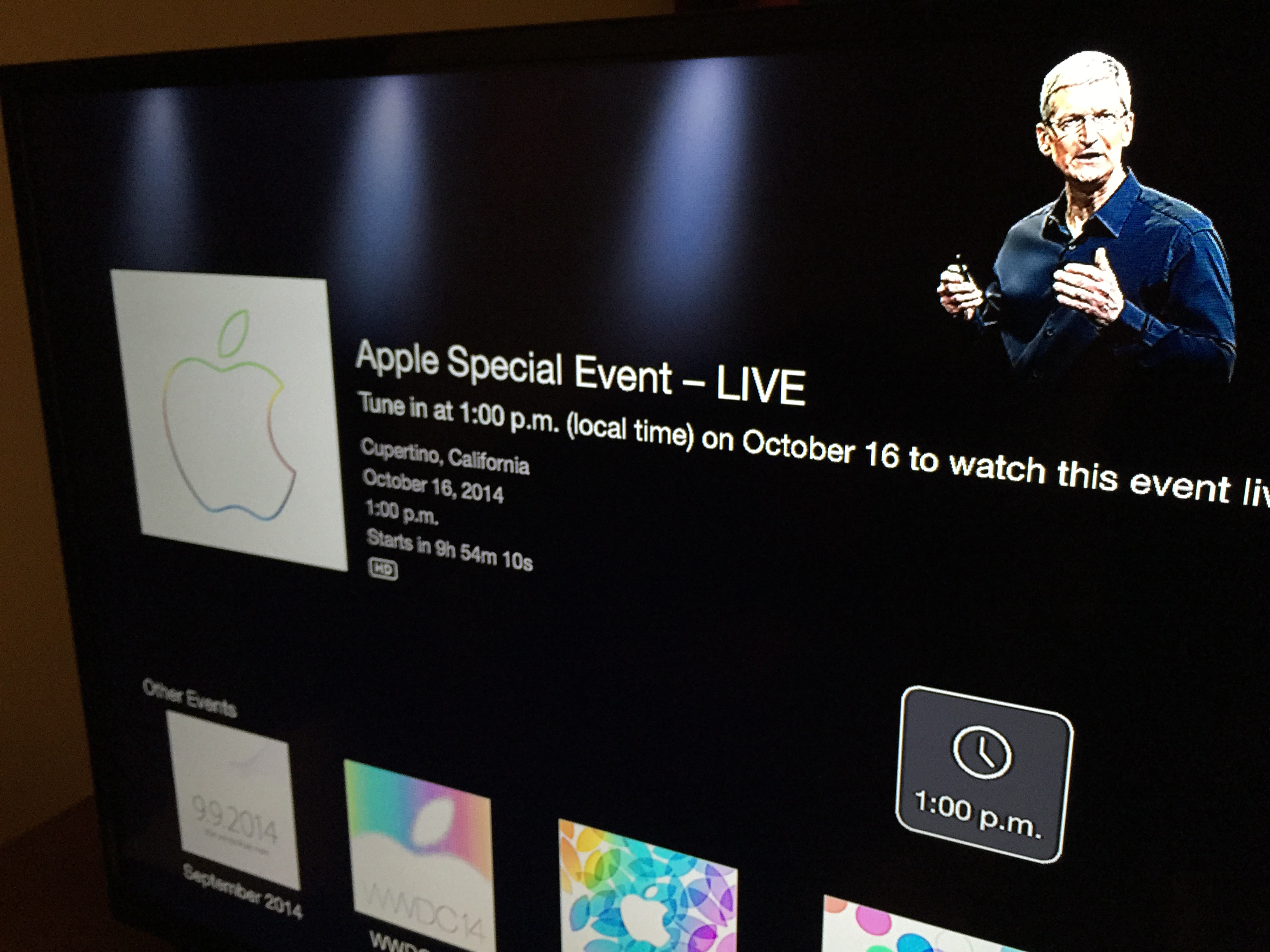