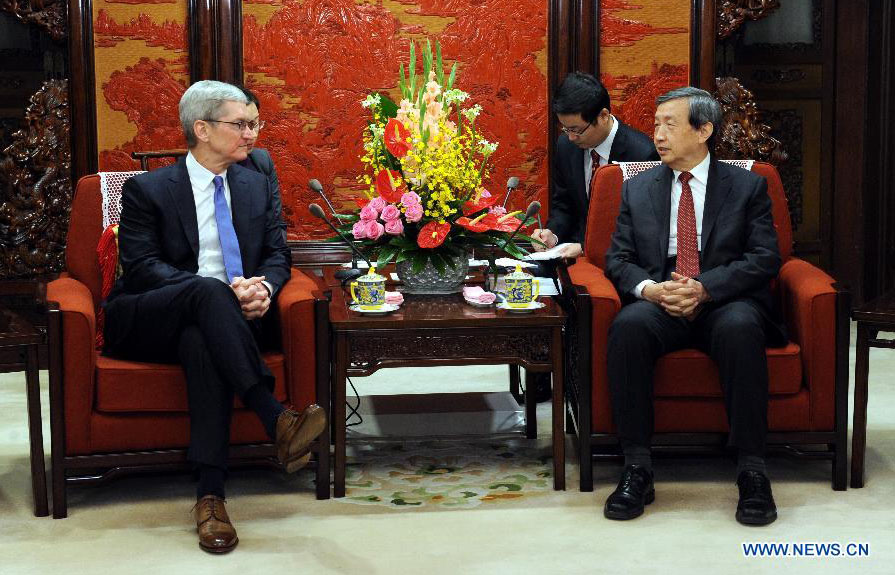 Two days after evidence emerged of a phishing attack on iCloud, allegedly due to the Chinese government firewall redirecting traffic to a fake login page, the Chinese state news agency Xinhuanet is reporting a meeting in Beijing between Tim Cook and Chinese vice premier Ma Kai.

While Apple did not specifically acknowledge claims that it was the government firewall which redirected icloud.com traffic to a fake website, the company posted a support document in which it said it was “aware of intermittent organized network attacks using insecure certificates to obtain user information.”

The conversation between the two would doubtless have been couched in the most polite of diplomatic terms, but would still have made very interesting listening …

Cook last month reiterated the company’s commitment to user privacy and security following leaks of nude photos of celebrities, some of which appeared to have been obtained from iCloud. A combination of phishing emails and weak security questions were the attack methods used. Apple reintroduced two-factor authentication for iCloud.com in response, with app-specific passwords also required from the beginning of this month.