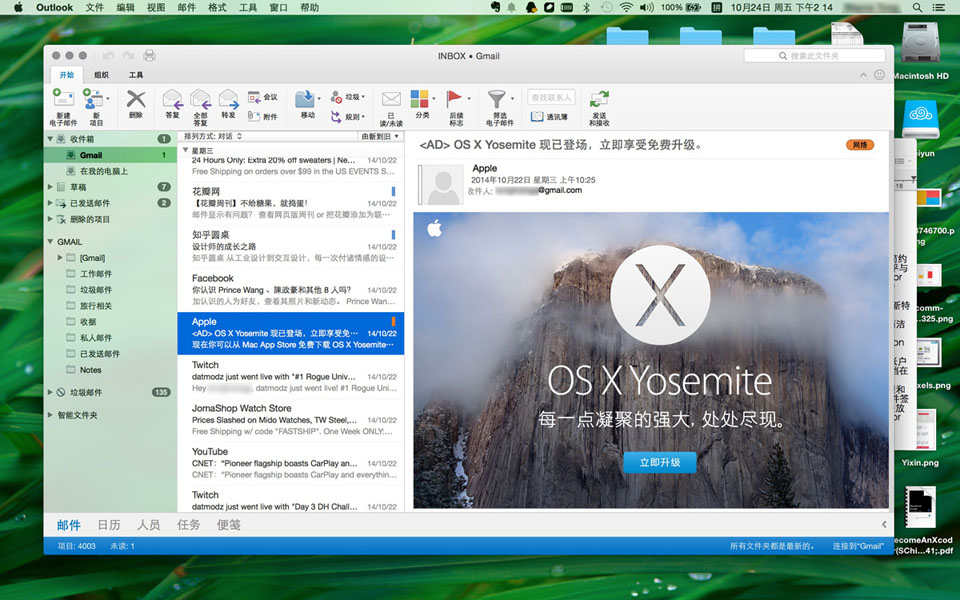 Chinese site cnBeta has posted convincing-looking Outlook screenshots of what it says is part of Office for Mac 16, suggesting that Mac users can expect a long overdue update to Microsoft’s productivity suite before too long …

The screenshots depict a flat user-interface very much in keeping with Yosemite’s look & feel, and cnBeta says that the software also offers support for Retina screens and offers integration with Notification Center. Additionally, it’s likely that Microsoft will take the opportunity to bring the functionality more in line with the Windows version.

Office for Mac was last updated four years ago. Only Outlook is shown in the posted screenshots (calendar shown below), so it’s difficult to judge how far along in development the new version may be, but earlier rumors had suggested that Microsoft might launch a new version before the year is out. 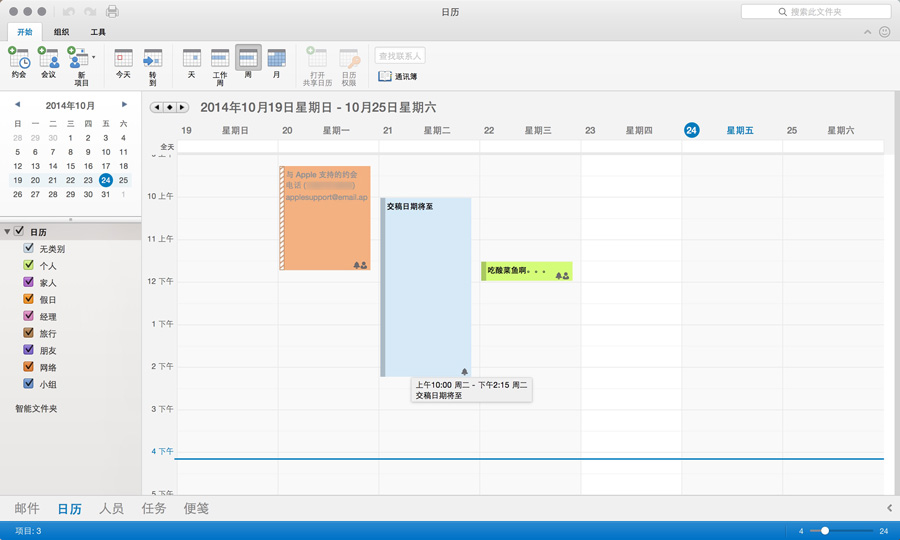