Microsoft must have thought it had pulled off a nice piece of product placement when it gave CNN election commentators a bunch of Surface Pro tablets to help with their coverage. CNN dutifully covered its desks with the devices, resulting in a series of proud tweets from Microsoft fans. 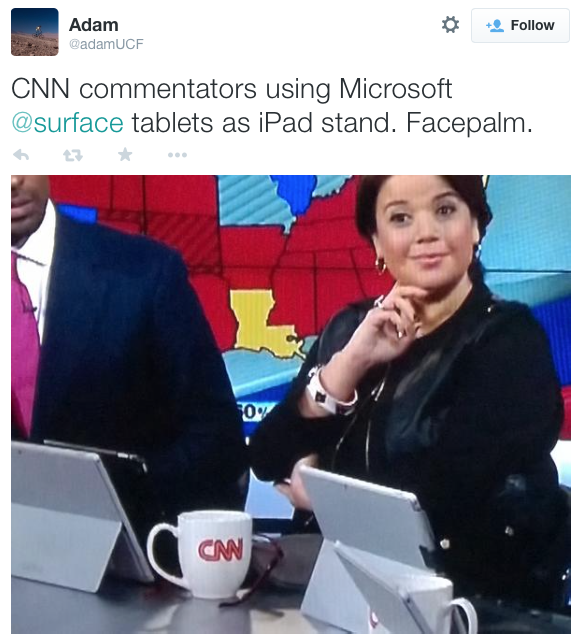 Microsoft, which was last year forced to write down $900M on its ill-fated tablet, has frequently taken pot-shots at the iPad, running a series of misleading Surface tablet ads attacking the iPad (and iPad mini) before more recently turning its attention to the MacBook Air. Switching overt advertising for product placement doesn’t seem to be working out too well.

Update: iMore later drew our attention to CNN anchor Mathew Sheffield digging deeper into the hole, claiming he was using both devices: 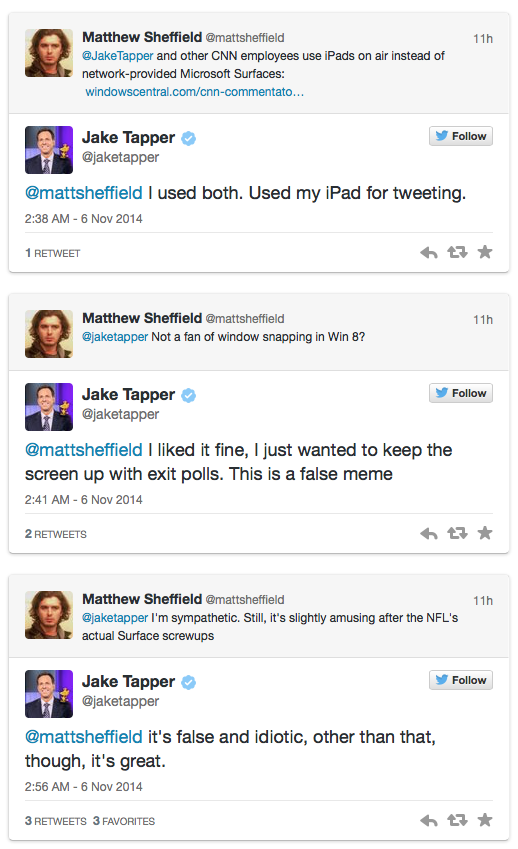 So, er, using the Surface as a dumb monitor while actually doing stuff on the iPad, then. Didn’t Microsoft tout the famed multi-tasking abilities of the Surface while claiming the iPad was only a single-use device … ?