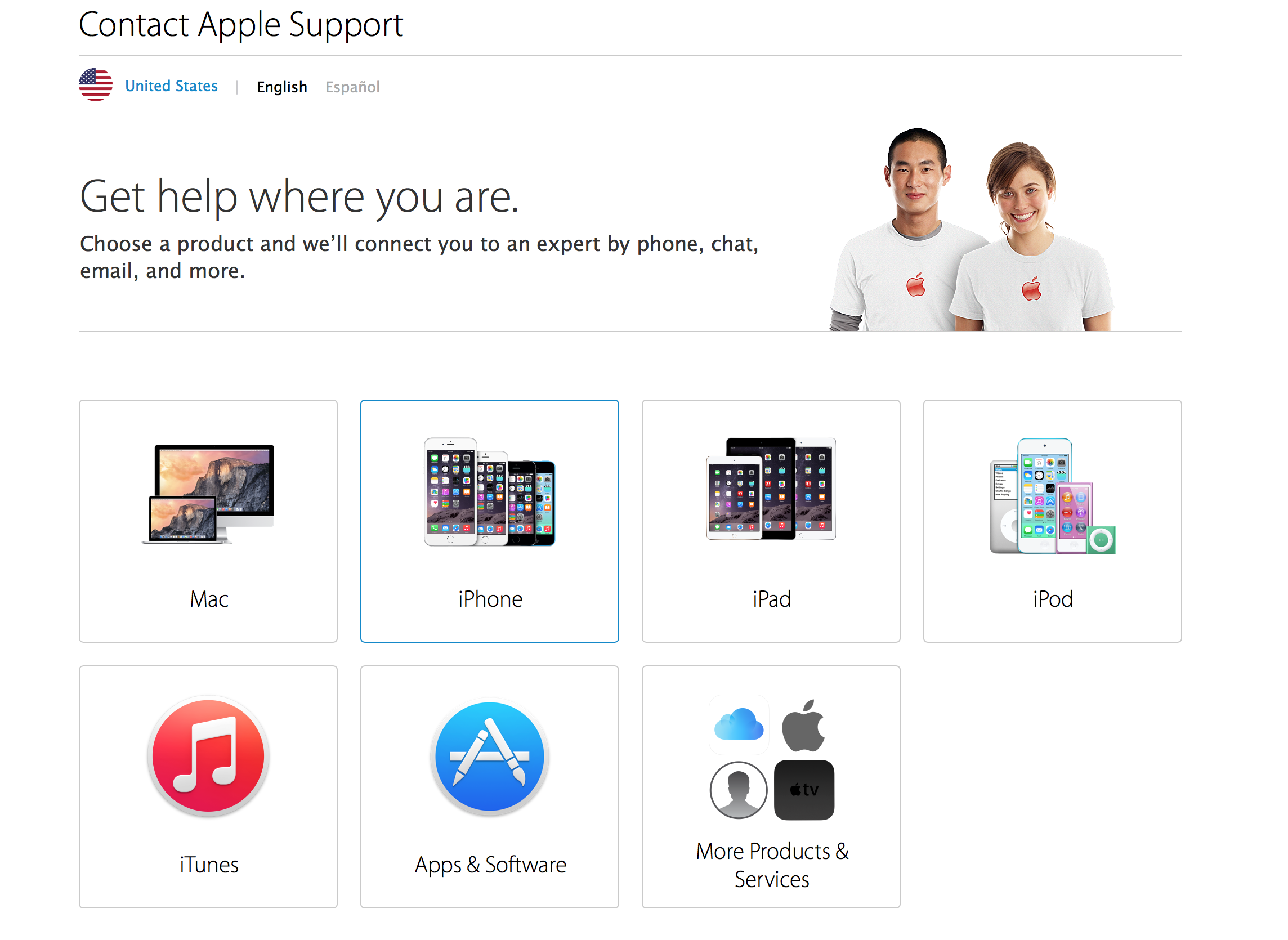 With new Senior Vice President of Retail Angela Ahrendts in charge of operations, Apple is further blurring the lines between its online and physical retail store services. We reported earlier this year on Ahrendts’s plans to more seamlessly integrate both paths of Apple retail, and now the Cupertino-based company is rolling out a revamped Genius Bar and product support reservation system.

The new system eliminates the pre-existing separation between getting support for Apple products online and in-store. Previously, users could use Apple’s online support panel to receive phone, chat, or forums-based support. The creation of Genius Bar in-store appointments was handled via a separate system… 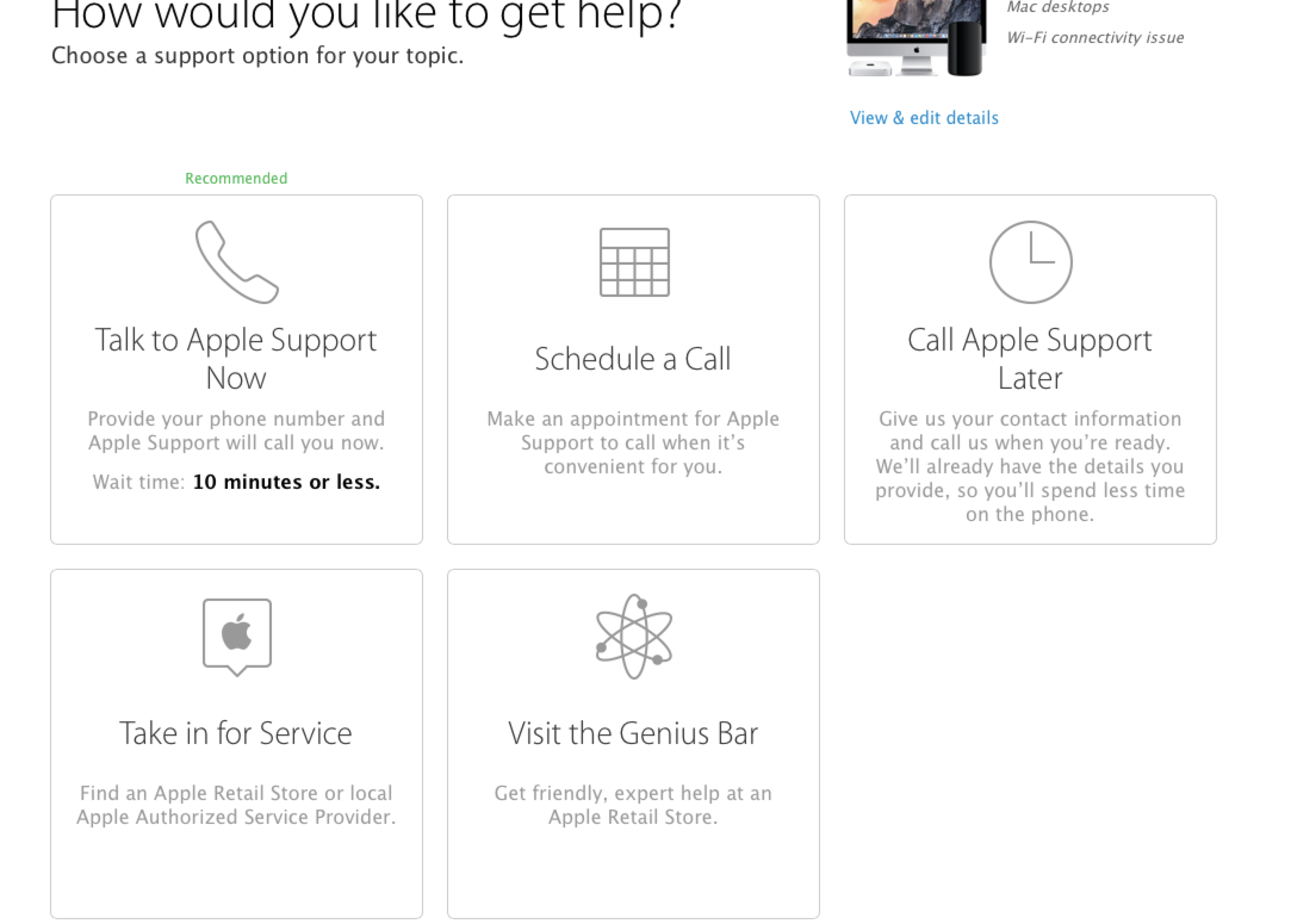 Now, if a user has a problem with their iPhone, iPad, iPod, Mac, or other Apple product, they must walk through a unified system to discuss their issue. Then Apple will provide the various support options, including in-store support. Once a user chooses to receive in-store support, they are taken to a map where they can choose between local official Apple Retail Stores or authorized service providers that with trained technicians on-staff: 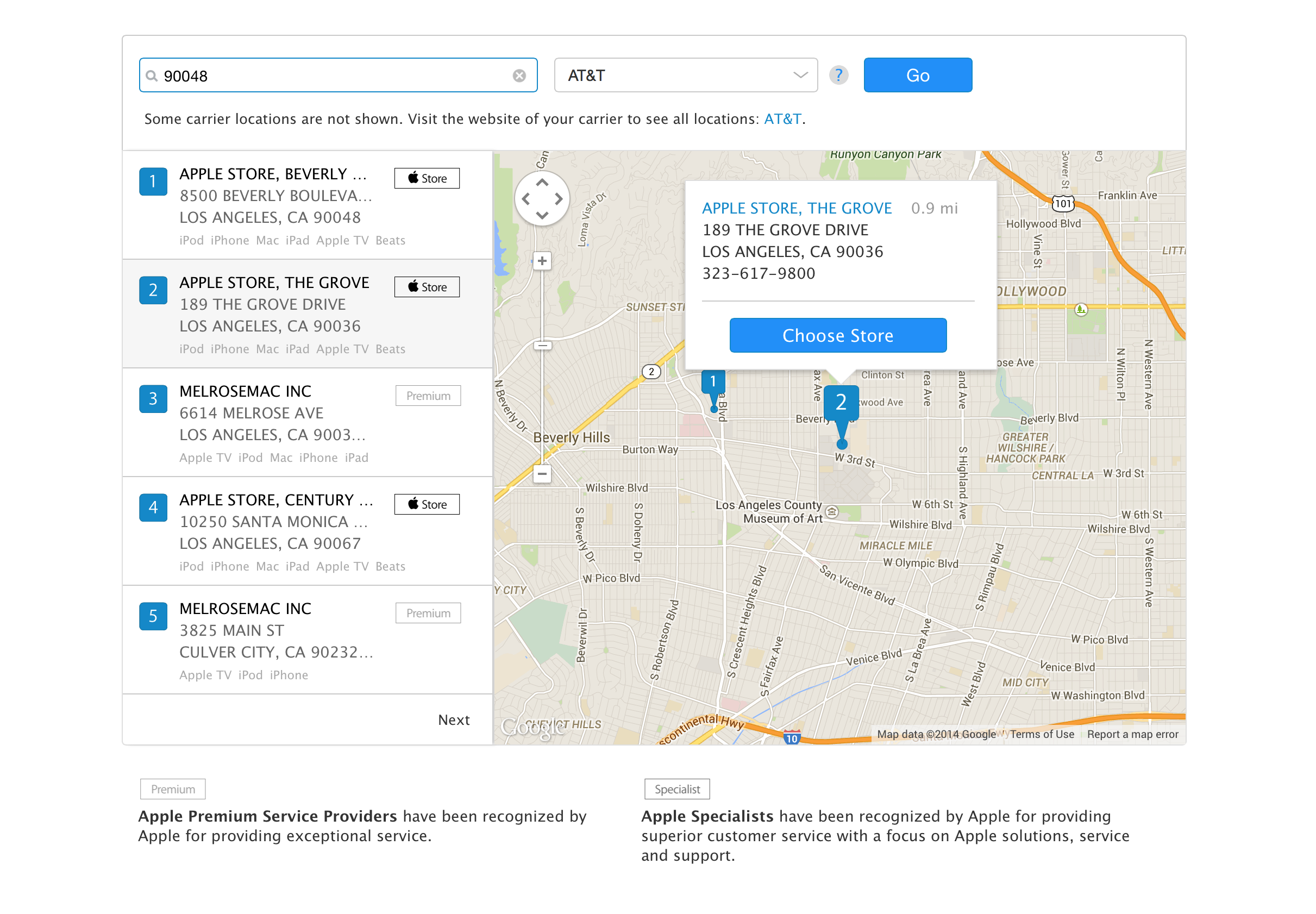 Customers are then directed to the typical screen for choosing an appointment time: 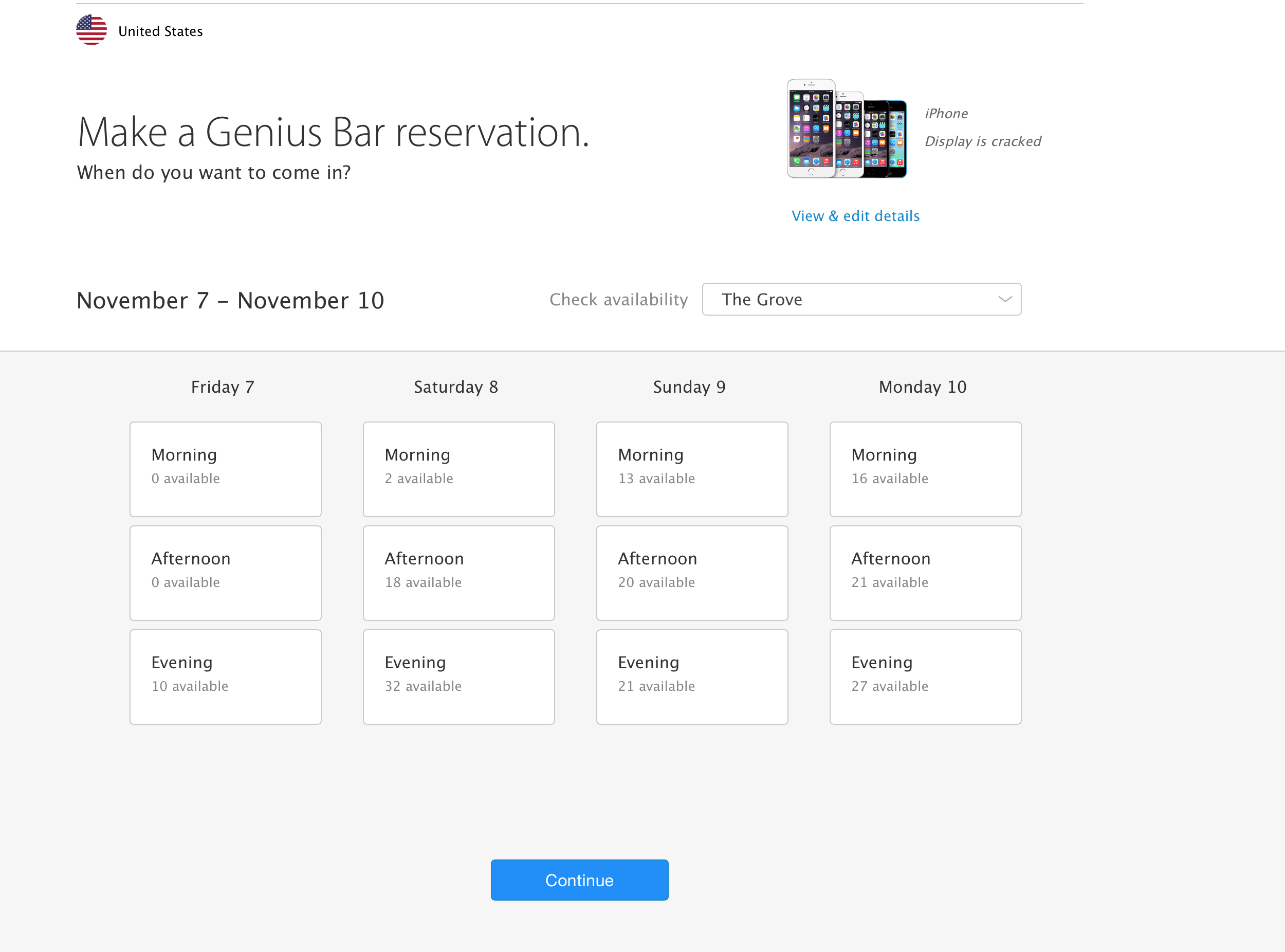 Customers are then provided confirmation information via email. These details can also be viewed via the fairly new AppleCare support profile system online.

Approximately a year ago, Apple began offering links to online-based solutions to sway people from relying on the Genius Bar for all issues. Today’s change, obviously, goes much further. The change makes sense as some issues, such as those with iCloud and Apple IDs, can be much better handled via Apple’s web forums or dedicated chat support. In line with another change from a year ago, this new system is tied to Apple IDs for authentication.

Besides working on reducing differentiators between online and physical store support, Ahrendts is aiming to revamp the in-store sales experience and make Apple Stores across the globe better suited for customers from China.