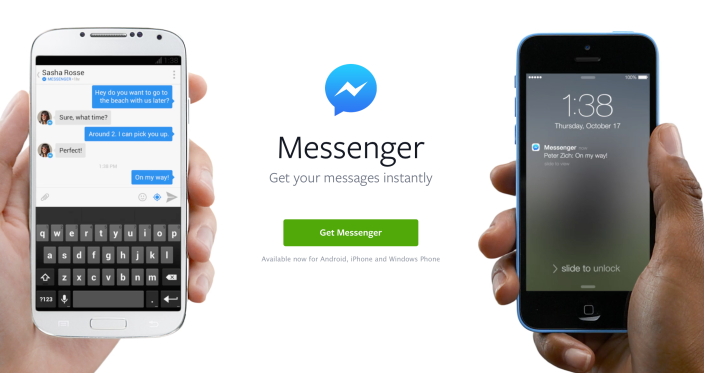 Facebook announced this morning that over 500 million people are now using its Messenger app per month. The impressive milestone comes just days after Facebook chief executive Mark Zuckerberg explained why Facebook Messenger was turned into a standalone app for iOS and Android, a move it made in July after disabling messaging in the main Facebook app.

Facebook claims that Messenger is all about providing people with a platform to reach others quickly through not only instant messaging, but also stickers, videos, selfies, group chats and audio calls. Zuckerberg recently explained in a live Q&A session that making Messenger into a standalone app was all about eliminating friction and focusing on building a dedicated and focused experience.

The Verge shared an excerpt of Zuckerberg’s response from the Q&A session:

I’m grateful for hard questions. It keeps us honest. We need to be able to explain clearly why what we’re thinking is good. Asking everyone in our community to install a new app is a big ask. I appreciate that that was work and required friction. We wanted to do this because we believe that this is a better experience. Messaging is becoming increasingly important. On mobile, each app can only focus on doing one thing well, we think.

The primary purpose of the Facebook app is News Feed. Messaging was this behavior people were doing more and more. 10 billion messages are sent per day, but in order to get to it you had to wait for the app to load and go to a separate tab. We saw that the top messaging apps people were using were their own app. These apps that are fast and just focused on messaging. You’re probably messaging people 15 times per day. Having to go into an app and take a bunch of steps to get to messaging is a lot of friction.

Messaging is one of the few things people do more than social networking. In some countries 85 percent of people are on Facebook, but 95 percent of people use SMS or messaging. Asking folks to install another app is a short term painful thing, but if we wanted to focus on serving this [use case] well, we had to build a dedicated and focused experience. We build for the whole community. Why wouldn’t we let people choose to install the app on their own at their own pace? The reason is that what we’re trying to do is build a service that’s good for everyone. Because Messenger is faster and more focused, if you’re using it, you respond to messages faster, we’ve found. If your friends are slower to respond, we might not have been able to meet up.

This is some of the hardest stuff we do, is making these choices. We realize that we have a lot to earn in terms of trust and proving that this standalone messenger experience will be really good. We have some of our most talented people working on this.

Facebook’s full announcement for the milestone can be viewed on its website.