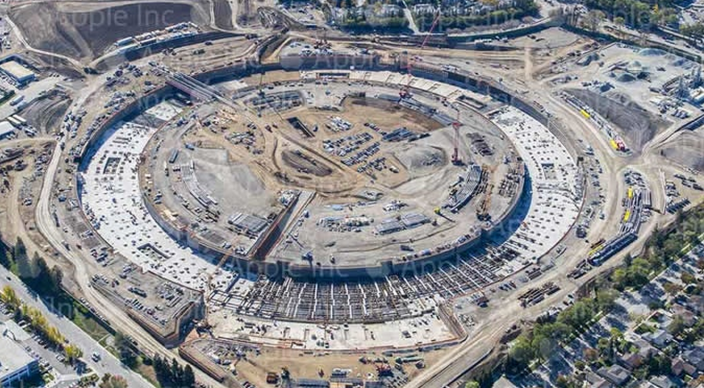 Following our latest drone video that we shared over the weekend, the City of Cupertino has posted an updated, official aerial shot from Apple showing progress at Apple’s under construction Campus 2.

The image shows Apple is making progress on the foundation and early stages of building construction as the company prepares to finish work on street utilities, earthwork and demolition.

When complete, Apple’s new Campus 2 structure and 176 acre campus will house 12,000 staff in 2.8M square feet of what Tim Cook said will be the “greenest building on the planet.”

You can follow the progress in our Campus 2 story line here as we continue to post more drone videos over the coming weeks. Our latest, which gives a much closer look at progress on the structure and surrounding campus than Apple’s shot, is available here.