Iger recalled the time when he contacted his buddy Jobs with what he thought was a novel idea: to unleash movies/TV shows like iTunes did for music. Of course, being the visionary he was, Jobs had already thought of this and even brought an early version of the iPod with video to the meeting. And of course, being the businessman he was, Jobs then asked Iger if he would commit Disney content to the project.

Iger used this story as a jump off for a two hour presentation in which other Disney, ESPN, and ABC executives would showcase a smattering of new mobile apps, games, and products… 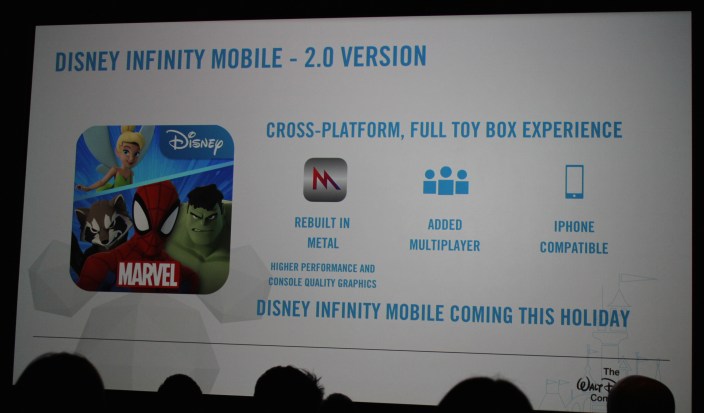 Disney Infinity 2.0 released earlier this fall on consoles, but until today Disney had been mum on its plans for an updated mobile version. Now it’s official. Disney Infinity 2.0 for mobile devices will be released this holiday season. There’s no doubt it’ll be a runaway hit as the original mobile version had more daily iPad users than all other platforms combined and it didn’t even have any Marvel presence. 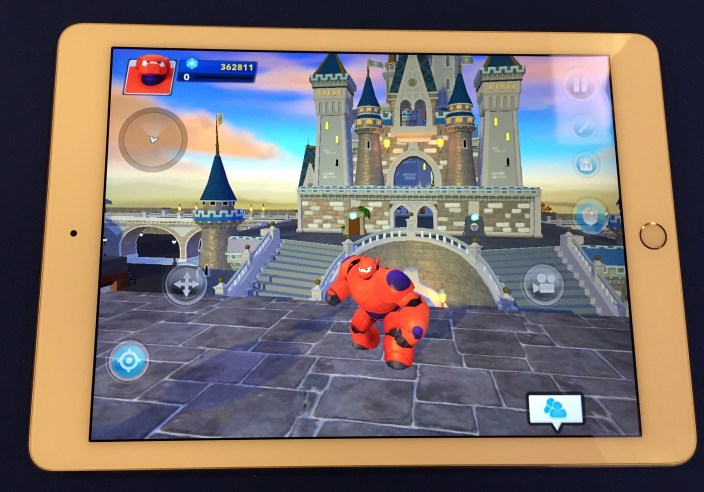 This all-new game includes a multi-player mode and will be available on iPhone for the first time ever. But it’s what’s under the hood that has Disney cast members extra giddy. Disney Infinity 2.0 for mobile was rebuilt using Metal, Apple’s latest graphics API. We were told that as a direct result of Metal, Disney devs were able to achieve near console-quality graphics and the overall development process was much smoother. 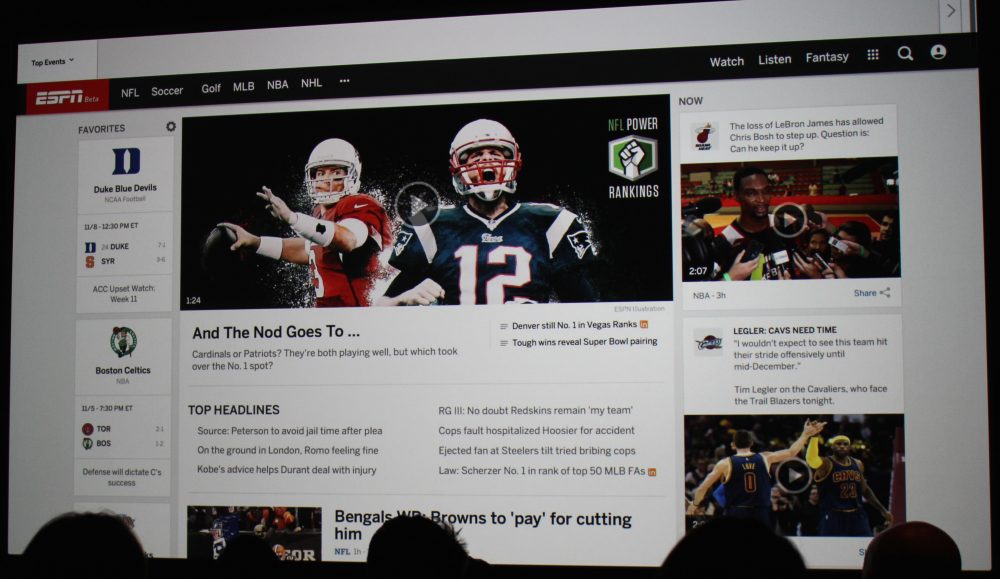 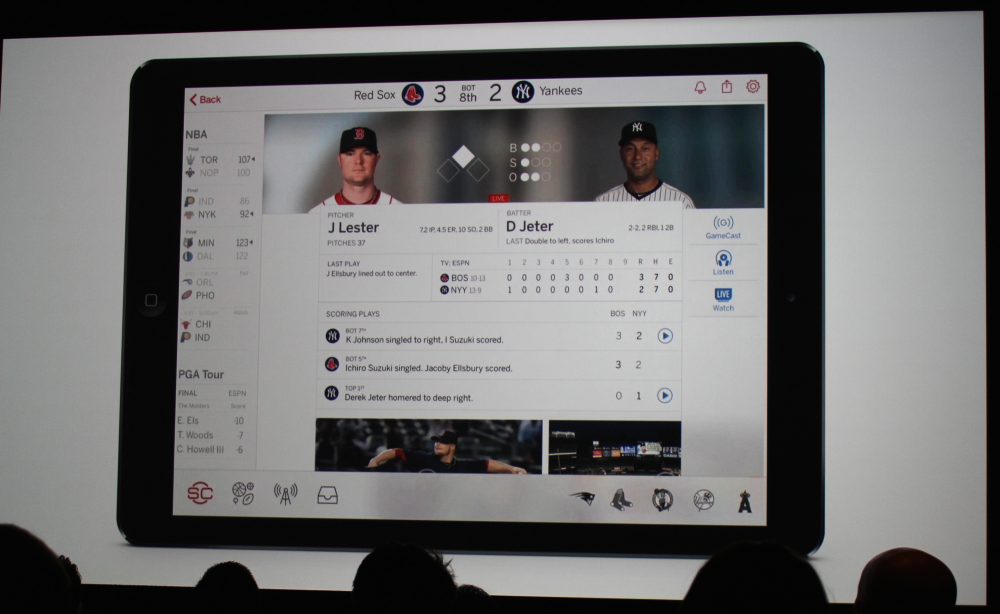 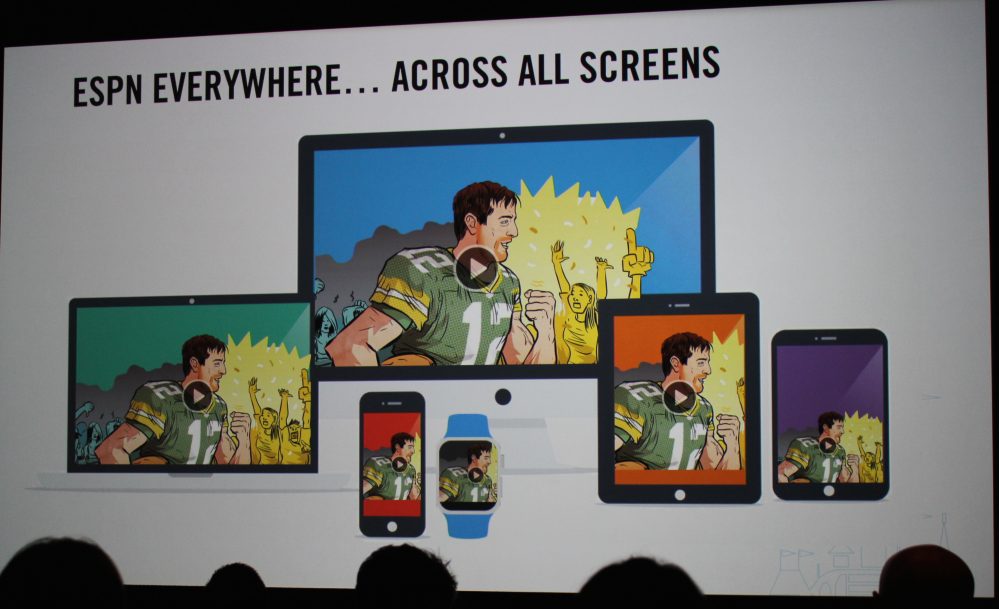 Next up, ESPN executives shared plans to rebrand the SportsCenter app to ESPN as part of its goal to unify all of its media outlets. Then on April 1st, the 20th anniversary of ESPN.com, a new version of the website will be launched with an emphasis on personalization and social integration. You can get a sneak peak of the updated website in the gallery above.

While we repeatedly heard that ESPN’s goal is be on the mobile home screen of every sports fan, everywhere, and there appears to be an (Apple?!) Watch on a slide, ESPN apparently has no immediate plans to release a smart watch app. 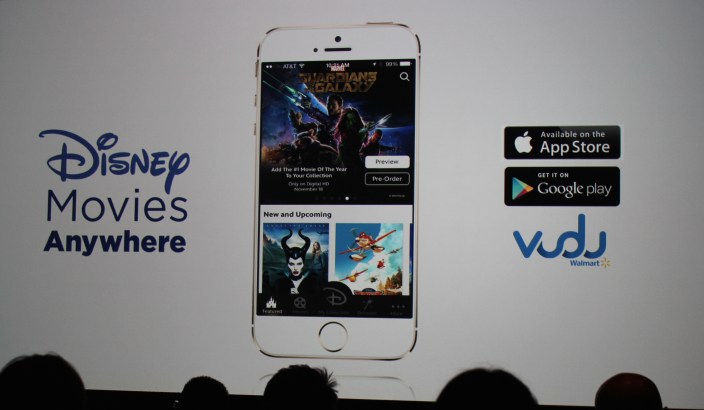 After bringing its Disney Movies Anywhere service to iOS and Google Play, Disney has announced that it will be available on Walmart’s VUDU this coming Tuesday. This service “enables consumers to browse over 400 Disney, Pixar, and Marvel titles and buy from the participating provider of their choice.”

Today’s event was just a preview of the aforementioned mobile products and services. Full details and specific launch information for each of these announcements will be revealed over the coming months.