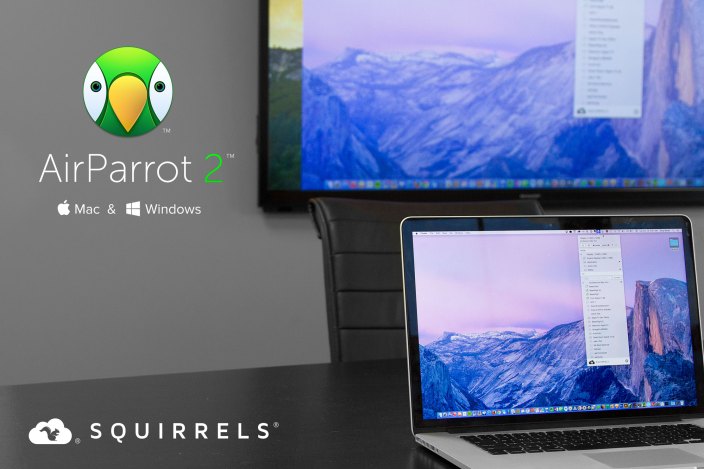 AirParrot, the app that lets you send your desktop display to an Apple TV-connected TV, is today releasing version 2 with Chromecast support and number of other new features. Sure, you can mirror your Mac’s display to an Apple TV using Apple’s built-in AirPlay feature, but AirParrot provides features beyond what Apple offers and also support for screen mirroring from Chromebooks and Windows. Today’s release makes it the first to enable full screen mirroring support to Chromecast with audio support and more.

Version 2 of AirParrot, available starting today, brings support for screen mirroring to Chromecast, something that was previously only available as an experimental (and buggy) feature of Google’s Chrome plugin for Chromecast. AirParrot is technically the first app to enable full support (including audio) and won’t require you to run Chrome. 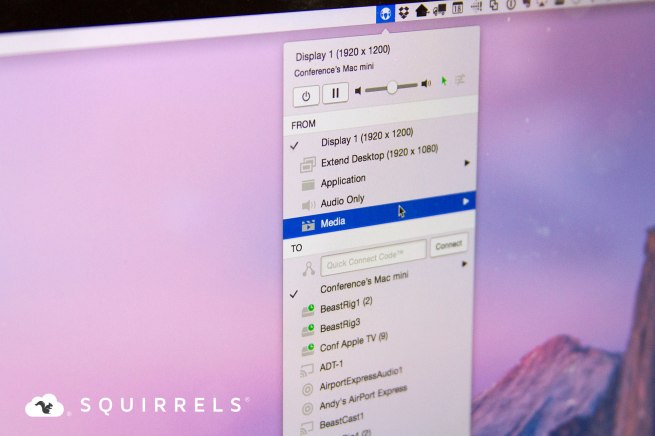 The new app is also turning AirParrot into a media server as well enabling drag and drop streaming of video or audio to AirPlay-enabled devices, Chromecast, and the company’s own Reflector AirPlay receiver. “The ability to stream video files adds an entirely new element to the former mirroring-only application. Users can now drag and drop their favorite movies, TV shows and other media files to begin streaming. When available, home theater users will enjoy 5.1 channel audio.”

The release also includes a number of other new features including support for sending content to multiple destinations, a refreshed UI, and support for discovering devices over Bluetooth.