Apple has quietly refreshed its Apple Watch microsite with a few changes including more details about the upcoming wearable and newly added interactive images of the device. Previously Apple had a single ‘Features’ page for describing the functionality of the Apple Watch, but has replaced that page with expanded descriptions of the watch’s functions across the separate pages labeled “Timekeeping,” “New Ways to Connect,” and “Health & Fitness.” Each page goes a bit more in-depth into each category with additional details and interactive images.

For example, the Timekeeping section not only includes the name of each included Apple Watch face, but now you can read a brief description of several faces. Apple describes the watch face seen above, Simple, as “an elegant and minimalistic view of the time — usually the first thing you want at a glance. Easily adjust the amount of detail on the dial, from light to rich. Even with complications, this face maintains a clean and symmetrical design.”

Further down the page now exist four examples of customization for the watch face. Apple notes that different watch faces will allow you to toggle between colors with various levels of time including “minutes, seconds, and milliseconds.”

The site also details additional utilities called “complications” that can appear on some watch faces noting that tapping a certain complication will open its specific app so they act as shortcuts. 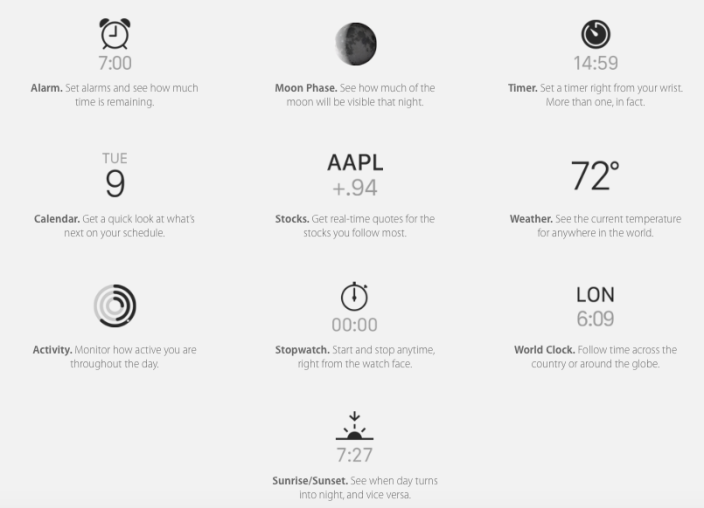 The Timekeeping page also includes an interactive image of the Apple Watch’s stopwatch functionality which allows you to choose between an analog, digital, and hybrid view. 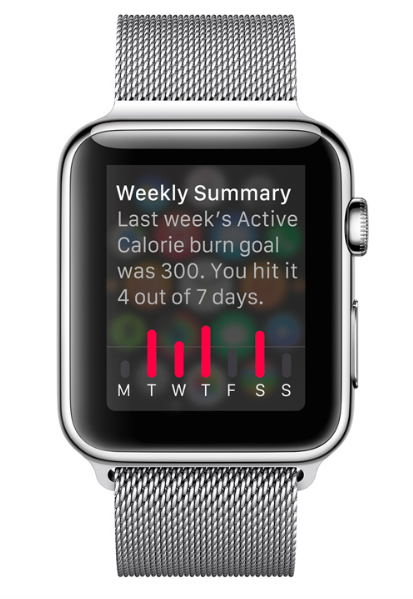 The expanded New Ways to Connect page features animations for the Apple Watch’s various communication apps including sketching an image, tapping a vibration pattern, and sharing your heartbeat. Apple previously demoed these functions on stage and described them on the previous version of the site.

Unfortunately, the refreshed microsite doesn’t reveal any details about the Apple Watch’s specific pricing or release date, but 9to5Mac recently reported on Apple SVP Angela Ahrendts’ information shared with Apple Retail that a launch in the spring season is planned offering a bit more light than Apple’s official “early 2015” description.

Apple also recently released its WatchKit development tools for developers allowing apps to add functionality intended for Apple Watch in time for its release next year. We described Apple’s WatchKit SDK in-depth here with more details about the Apple Watch.