Upcoming port brings CarPlay to iPhone/iPad without an external display 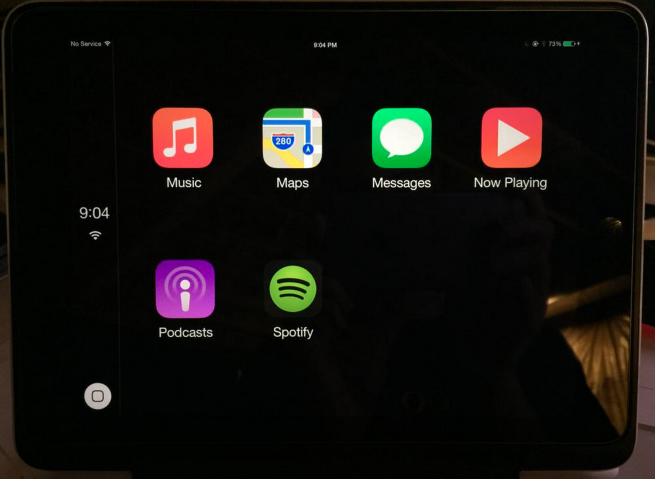 Bell notes in a post that the port of CarPlay running on top of SpringBoard is “buggy at the moment,” but published the video and images above and below showing it running on an iPad and an iPhone 6. Bell confirmed the port is still in the early stages, but said it will be a free and open source project.

In addition to iPad (pictured above and in the video below), the developer posted the screenshot below showing the port running on an iPhone 6:

Currently Apple’s CarPlay system is limited to a small number of new vehicles from Apple’s initial launch partners as well as through third-party installations of head units from Pioneer (our review). A project like Bell’s in theory could allow (at least Jailbreak users) to use an existing iPad or iPhone mounted on a dashboard for CarPlay.

It might not be a much cheaper solution than installing a third-party system like Pioneer’s, but most of the CarPlay systems on the market, as Bell notes, have resistive touch screens that make for a subpar touchscreen experience compared to Apple’s own iOS devices. Lots of users that already have iOS devices to spare could also get into CarPlay for the price of a dashboard mount rather than being forced to purchase and install a third-party head unit.

Bell said he plans on sharing more on the project’s progress and how exactly it works in the near future.