iTunes Connect shutting down for holidays between December 22-29 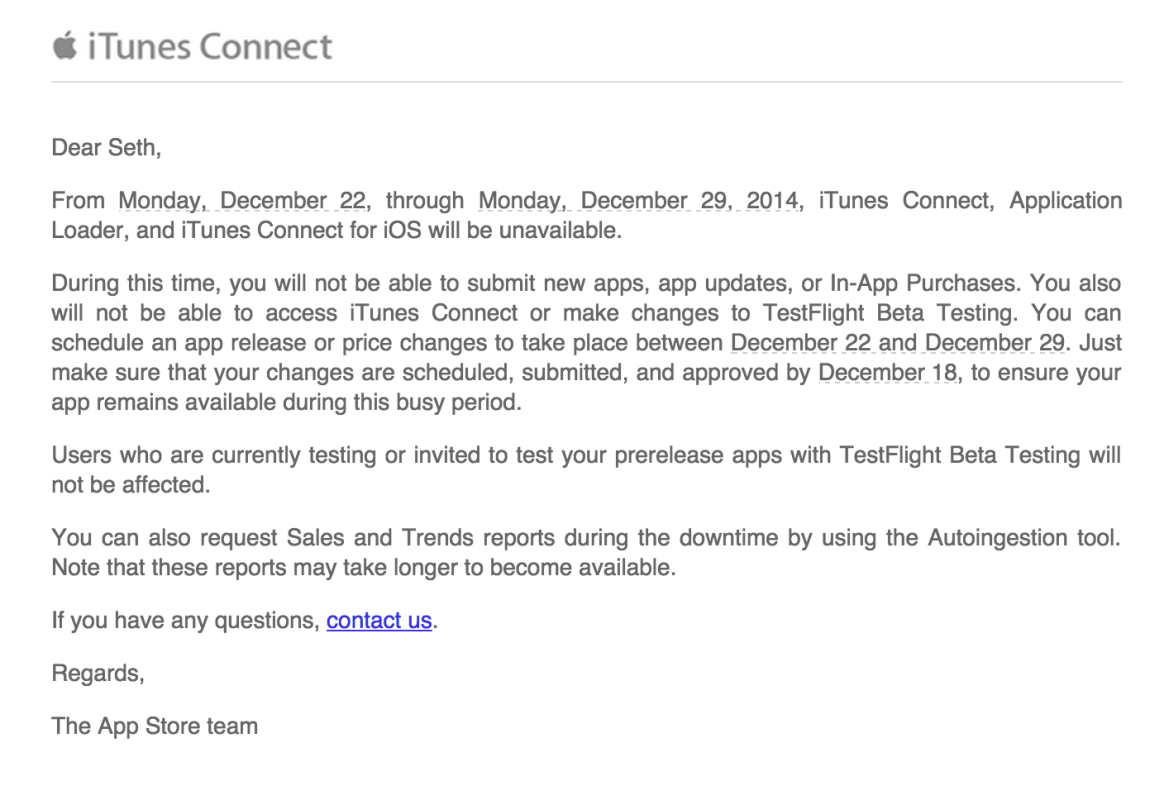 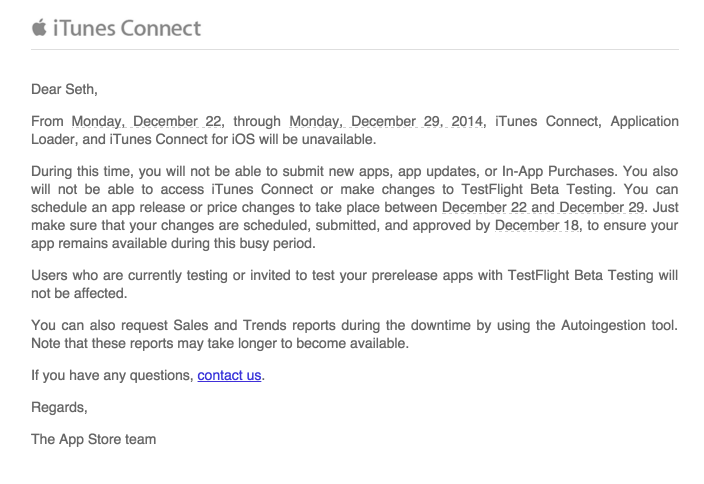 Apple has sent an email to registered developers on Wednesday to inform them that iTunes Connect will be shutting down for the holidays from December 22 to December 29. During this time, developers will be unable to submit new apps, app updates or in-app purchases to appear on the App Store. Access to iTunes Connect, Application Loader, iTunes Connect for iOS and making changes to TestFlight Beta Testing will also be unavailable as a whole.

It has become a routine occurrence for iTunes Connect to shut down during the holidays, presumably giving some Apple employees a much deserved break during the festive season. Most developers are well aware of the holiday break by now, so it is likely that we’ll see a barrage of new apps and holiday sales on the App Store in the days leading up to December 22.

Apple assures developers that app releases or price changes can still be scheduled to take place between December 22 and December 29, although all changes must be scheduled, submitted and approved by no later than December 18. Developers currently testing or users invited to test prerelease apps with TestFlight Beta Testing will not be affected by the shutdown.

Both the App Store and iTunes Connect should resume normal operations on December 30.