Apple recruits ‘Head of Social Media’, will be stationed out of Beats’ West Los Angeles HQ 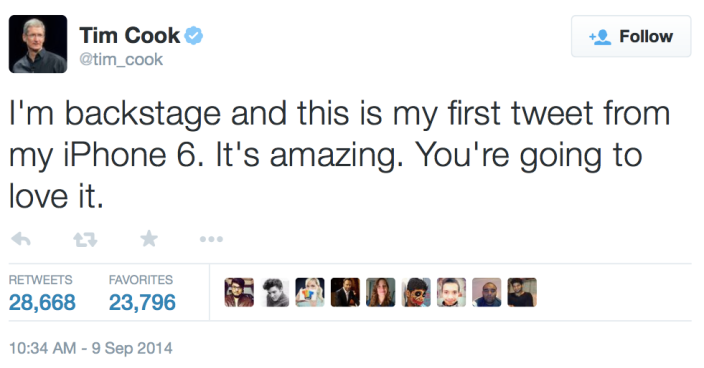 Apple is looking to hire a new Head of Social Media and Content that will lead and expand on its current social media strategy. The job will be based out of Culver City, which could hint at Apple’s plans to align its overall social media strategy closer with its recently acquired Beats Electronics division which is located there. The West LA office is also in close proximity to its lead global Ad/Marketing agency Media Arts Lab.

The position is located in Culver City, home to Apple’s Beats Electronics, where Beats continues to have offices for marketing, sales, and more following Apple eliminating redundant positions and merging Beats Music teams with its own. That could hint at Apple’s plans to have its entire social media and marketing strategy under Beats, which has been extremely active through social media channels and viral celebrity-filled ad campaigns that most recently have also featured iPhones and other Apple products as well.

Apple says the Head of Social Media role will “lead the vision and strategy of all social media channels, including the management of current channels and the expansion of new channels for all lines of business across music, movies, TV, books.” That’s opposed to a separate job listing earlier this month seeking a social media leader for the Beats by Dr. Dre brand specifically.

Apple’s social media presence has always been minimal in comparison to many of its competitors, although several executives from the company including Tim Cook, Phil Schiller, and others have been more active recently through official accounts on Twitter where they regularly promote company news and milestones. Currently the company runs Twitter accounts for some its services such as the App Store, iBooks, iTunes U, and other iTunes specific accounts, and it also has a YouTube account where it posts new ads and other video content from time to time.

We reported back in August that Apple hired former social media chief for Nike and Burberry Musa Tariq who now serves as Digital Marketing Director for Apple Retail under retail chief Angela Ahrendts.