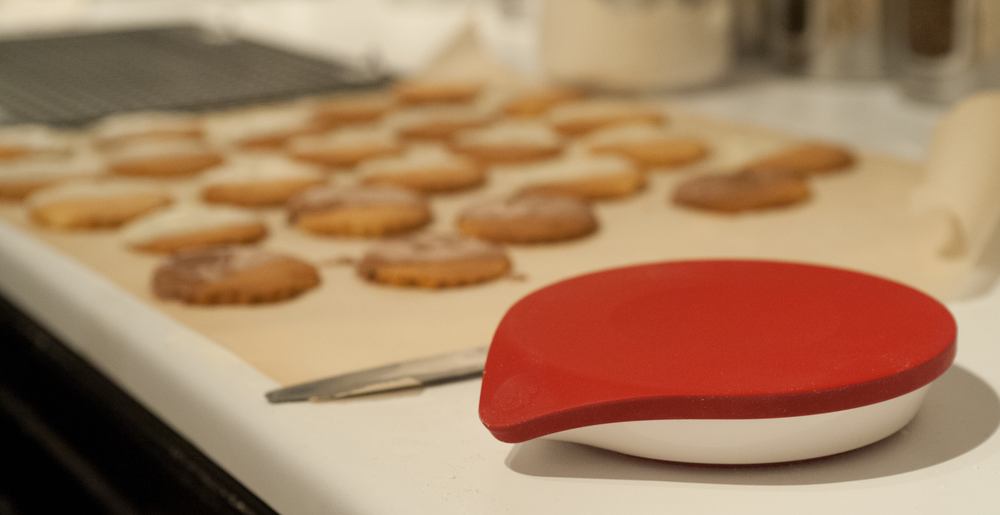 As a dedicated fan of kitchen gadgets, a Bluetooth scale linked to a companion iPad app that walks you through recipes step-by-step was too much to resist. Besides, it was a chance to bake some cookies and call it work (though I’m not entirely convinced the taxman is going to allow me to deduct the cost of the ingredients).

The scale is very compact – a little under 6.5 inches across with the front lip, and around 5.5 inches wide. There are no visible controls or display, but the lip contains a button and a hidden LED which lights up briefly when the scale connects to the app. Otherwise, it’s entirely featureless …

Once you select your recipe, it starts by listing the difficulty, prep time and total time. It also displays the kitchen equipment you’ll need for the recipe, allowing an at-a-glance check that you have everything you need.

I found this wasn’t entirely comprehensive – it didn’t list a mixer – but that would only be an issue if it omitted something unusual.

It also throws up a similar visual display of the ingredients needed, together with their quantities. The Copy List button is a one-touch way of copying the ingredients to the clipboard, making it really easy to add them to a shopping list. 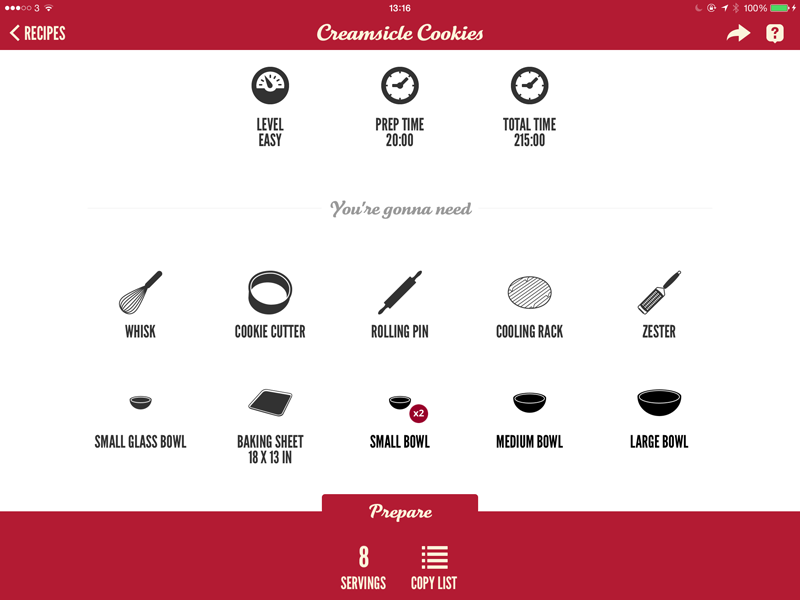 A handy touch here is if you want to serve fewer or more people, you can simply tap on the number of servings and increase or decrease. The app will then adjust all the ingredient quantities to match. Conversely, if you are running low on one of the ingredients, you can simply place what you have on the scale and it will then adjust all of the other ingredient quantities to match. It will also suggest substitutions if you’re out of a particular ingredient.

Once you’re ready to begin, the app really does take things one step at a time. 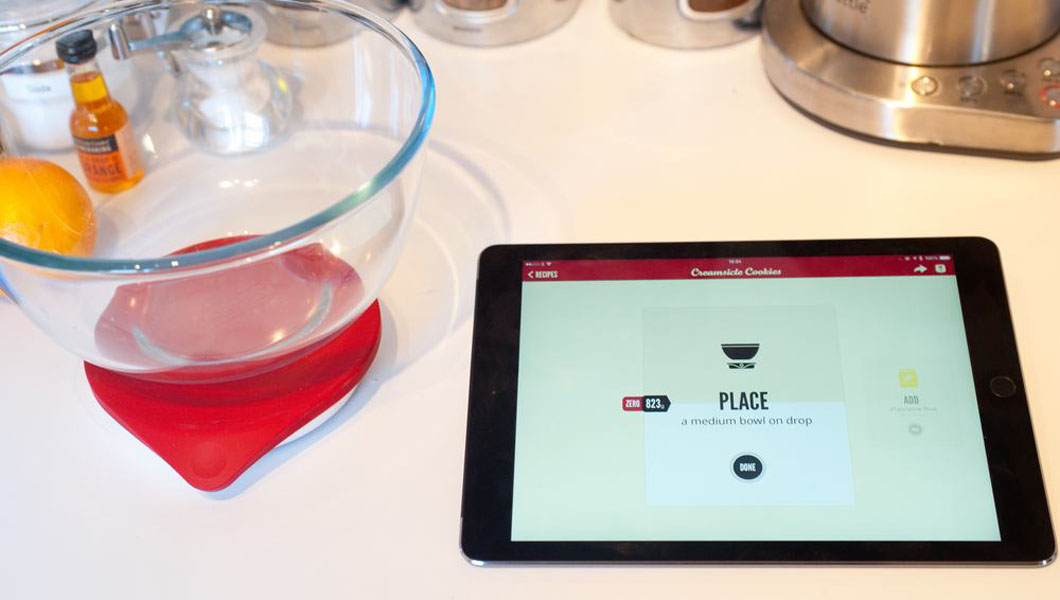 Tapping the Zero label next to the weight of the bowl zeroes out the scale ready for the first ingredient.

As you pour in the ingredient, a bar-chart indicator gives a clear visual indication of the weight added and needed. I was surprised to see the app didn’t automatically move onto the next ingredient when I’d added enough. 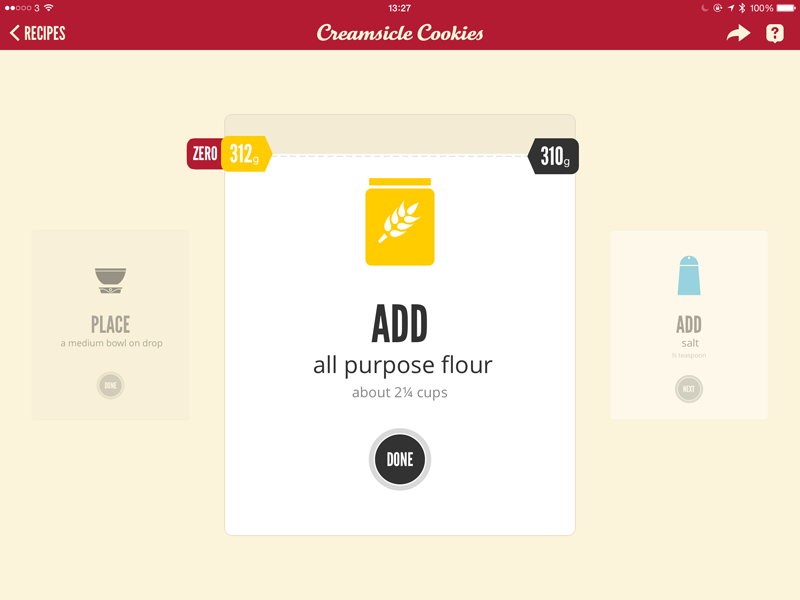 However, it turned out there’s a setting for for auto-progression: once I’d switched this on, it then worked as expected. This means you don’t mess up your iPad screen with greasy or flour-covered fingerprints. For non-weighing steps, you can tap the button on the scale to move the app to the next step.

If you’re not sure how to carry out a step, you can tap the bottom-right corner of the ‘card’ to flip it over to reveal a photo or video. Some steps also have efficiency tips on the rear of the card, for example suggesting a microplane instead of a zester. 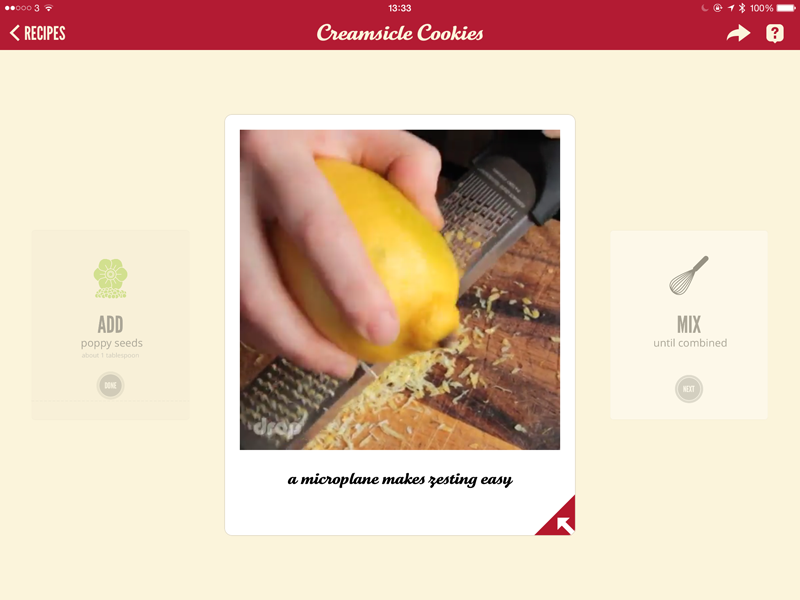 Once all the mixing was done, I then had the cookie dough. 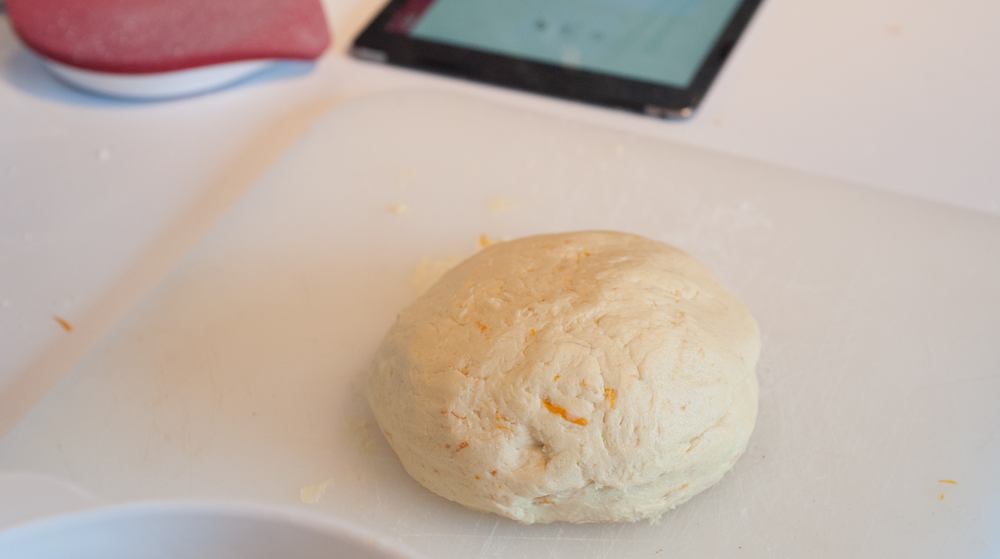 At this point, the app told me to chill it in the fridge for three hours and automatically started a timer. 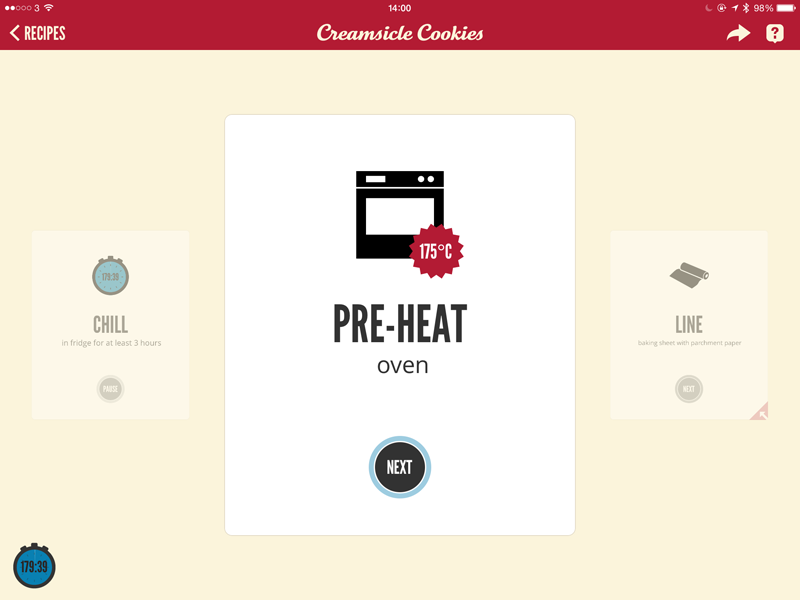 The app also alerted me when it was time to pre-heat the oven toward the end of the chilling time – though it underestimated either how long my oven needed to heat up or how long it would take me to do the rolling and cookie-cutting. Memo to self: rolling dough always needs much more flour than you think. 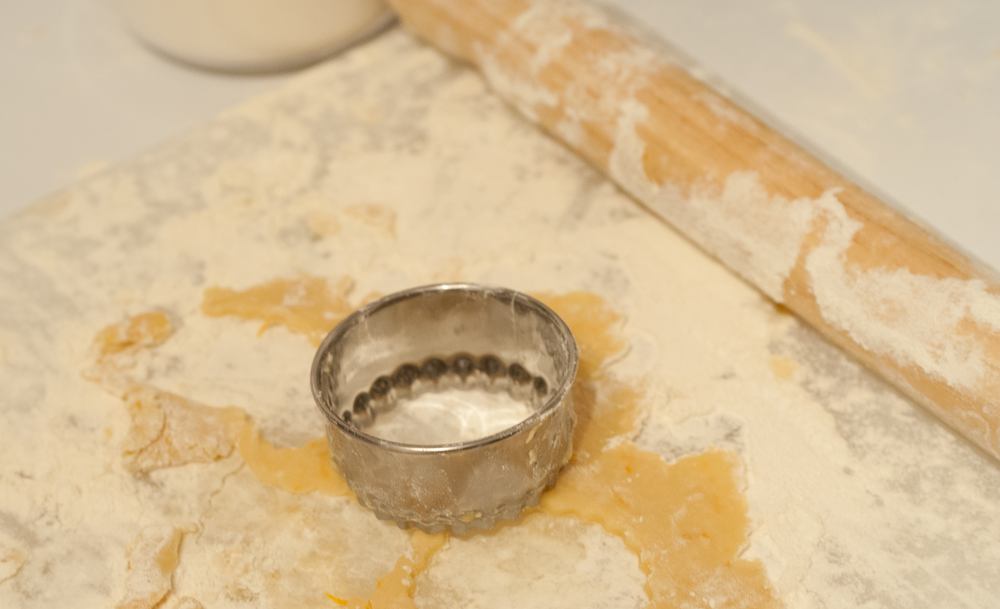 My chocolate-dipping skills mean I’m not going to win any prizes for the presentation of the cookies, but feedback from the friends who wolfed them down was extremely good! (The chocolate quantities I had meant that I substituted milk chocolate for some of them.) 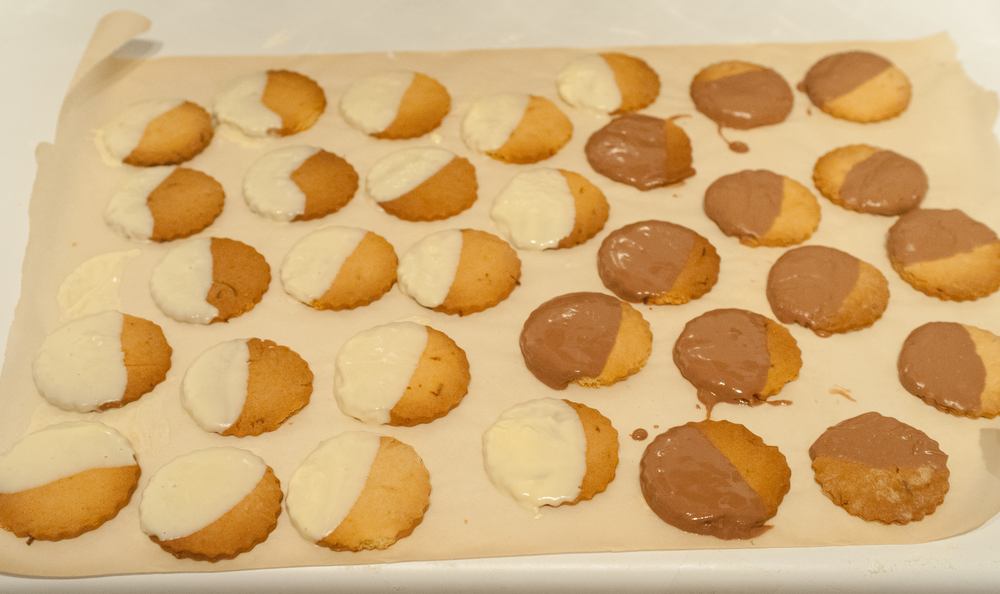 At $100, the scale is pricey, but I think a reasonable value for what you get: a virtual cooking instructor, not only giving step-by-step guidance but also ensuring that you get the quantities right. The ability to painlessly scale recipes up and down either by servings or by available ingredients also takes full advantage of an interactive recipe app – which not all do.

If you’re a highly-experienced, confident cook used to winging it, Drop isn’t for you. But if, like me, your cooking works well just so long as you follow recipes religiously, this is as easy and foolproof as it gets. I’m sold.

Drop is compatible with the iPad 3, iPad 4, iPad Air, iPad Air 2 and all iPad mini models. It’s available direct from Drop for $99.95.