Honor among thieves? Huawei calls its new smartphone the 6 Plus 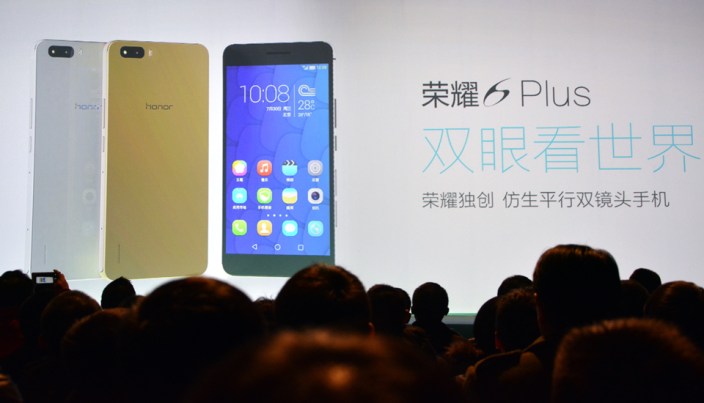 Huawei today unveiled its latest smartphone at an event in Beijing and naturally the company named the follow up to its previous generation Honor 6 device, the Honor 6 Plus. Creative.

Apart from the name there aren’t many other similarities between the Android-powered Honor 6 Plus and Apple’s iPhone 6 Plus. That is, however, other than the same size 5.5-inch display and the exact same color options (as pictured above). The previous generation Honor 6 sported a 5-inch display.

The Honor 6 Plus includes a 5.5-inch 1080p LCD, Huawei’s Kirin 925 octa-core chip, up to 32GB of onboard storage, NFC, 3G of RAM, and a 3,600 mAh battery. Its standout feature is dual rear 8-megapixel cameras that allow for a number of camera improvements and new software features over previous generation hardware.

The device will sell for around $320 USD unsubsidized for the entry-level 16GB model, or closer to $400 for access to a model with LTE, NFC, and the iPhone-like gold color option.

If this new 6 Plus peaks your interest, catch up on all full coverage at 9to5Google for more details on Huawei’s iPhone-name inspired phone.