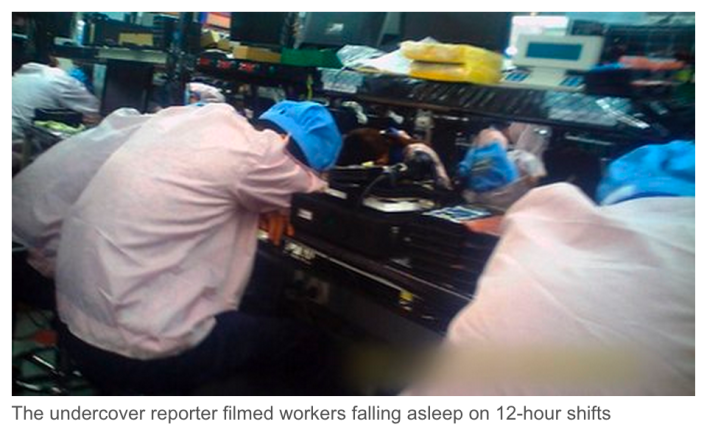 Ahead of a BBC special exploring work conditions in Apple’s supply chain airing tonight (update: video embedded below), BBC.com today published a story revealing the results of its investigation. The news outlet went undercover into Apple’s supply chain and claims “Apple’s promises to protect workers were routinely broken” while citing a number of workplace violations:

It found standards on workers’ hours, ID cards, dormitories, work meetings and juvenile workers were being breached at the Pegatron factories…Exhausted workers were filmed falling asleep on their 12-hour shifts at the Pegatron factories on the outskirts of Shanghai… One undercover reporter, working in a factory making parts for Apple computers, had to work 18 days in a row despite repeated requests for a day off.

In response to the investigation, Apple told the BBC it “strongly disagreed with the programme’s conclusions” and provided the following statement:

“We are aware of no other company doing as much as Apple to ensure fair and safe working conditions… We work with suppliers to address shortfalls, and we see continuous and significant improvement, but we know our work is never done.” Apple said it was a very common practice for workers to nap during breaks, but it would investigate any evidence they were falling asleep while working. It said it monitored the working hours of more than a million workers and that staff at Pegatron were averaging 55 hours a week.

While the full investigation will air tonight in the BBC One special titled Apple’s Broken Promises at 21:00 GMT, the report will apparently reveal “evidence that tin from illegal mines could be entering its supply chain,” among other issues related to working conditions in Apple’s supply chain. 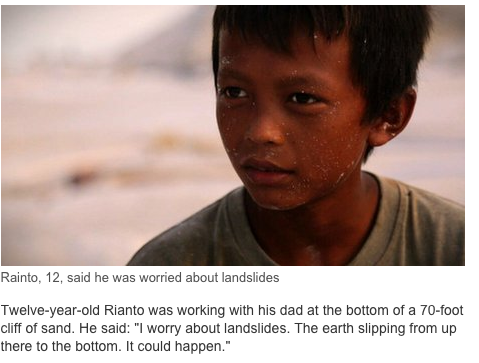 It’s certainly not the first time Apple has come under fire for workplace conditions in its supply chain overseas, but the company has made several moves to be more transparent in recent years such as soliciting independent audits from The Fair Labor Association and publishing results of audits in its Responsibility Reports.