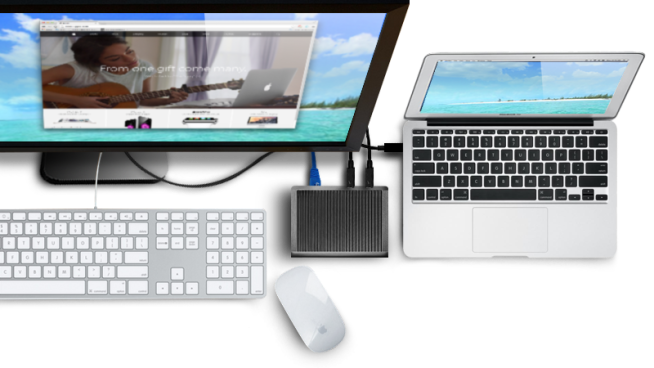 With a regular price of $200, it’s already $30 cheaper than Elgato’s Thunderbolt 2 Dock and $100 under Belkin’s Thunderbolt 2 Express Dock HD, but a special $170 pre-order price makes it the most affordable Thunderbolt 2 dock yet.

Like its rivals, Thunderbolt Station 2 supports 4K HDMI output, standalone iPad charging through the USB ports, and up to 20GB/second transfer rates through its Thunderbolt 2 ports. CalDigit has upped the ante by choosing a 100% aluminum, professional-grade housing that’s titanium-colored to more closely match the look of Mac Pros, versus the silver aluminum and black plastics used in Belkin’s and Elgato’s units.

But there is one difference: CalDigit doesn’t include a Thunderbolt cable, which you’ll need to supply yourself or buy in a bundle, bringing the total price closer to Elgato’s. Thunderbolt Station 2 can be pre-ordered today, with promised shipping on January 26, 2015.