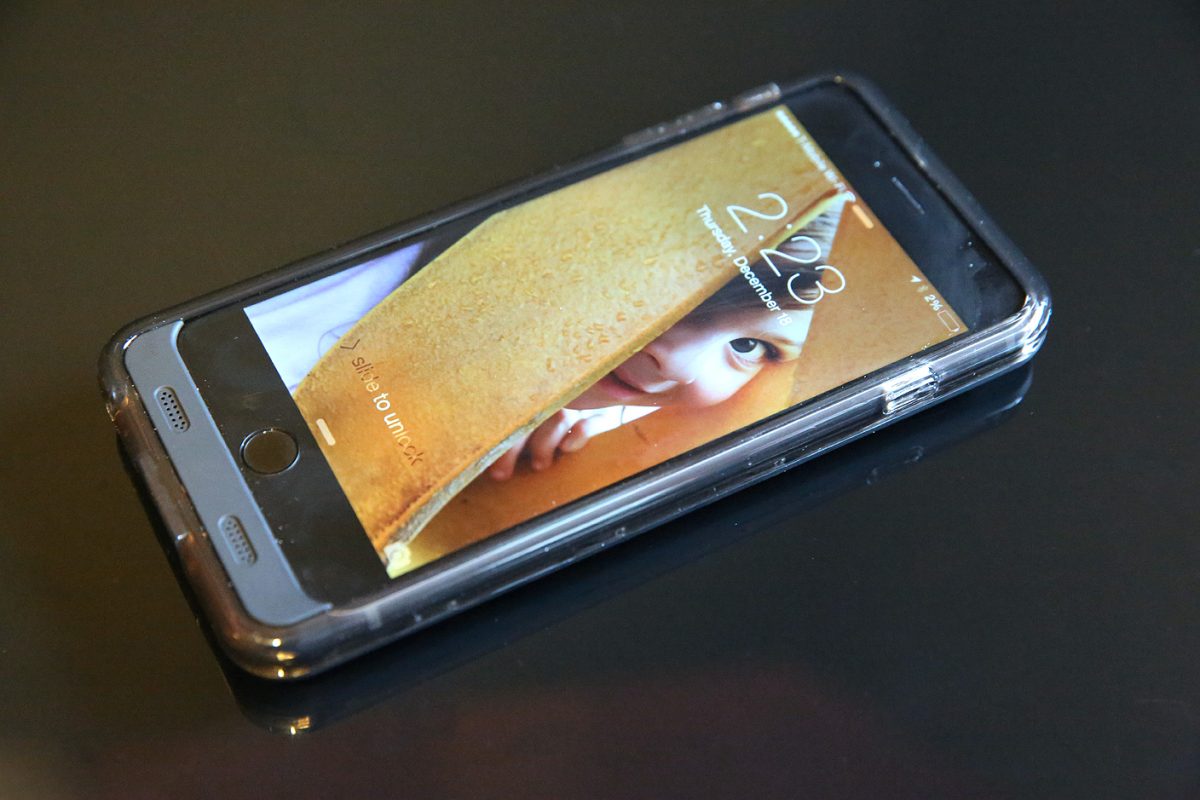 MOTA’s Battery Case for iPhone 6 Plus ships with five pieces — a mostly soft touch plastic rear and bottom frame, two hard plastic bumpers that cover the iPhone’s top, bottom, and sides, a headphone port adapter, and a micro-USB to USB charging cable. You can choose from four different colors, including black, blue, green, and pink. We picked black, which nicely matches the black and gray iPhone, though the soft touch material does show fingerprints. MOTA includes one clear bumper and one smoke gray bumper with the black case, each of which might be a better match for a given iPhone color.

Fully assembled, the Battery Case looks really nice and even provides full, tactile button protection, not a given for such accessories. While the side ringer switch hole is on the small side, this choice enables the bumper to be resiliently thick. There’s a small lip on the front edge to absorb glass impact in the event of an accidental drop, and front pass-through holes for the microphone and speaker. The rear camera and flash hole is deliberately long, seemingly for aesthetic reasons, but looks nice and is deeply recessed enough to resist camera damage.

Apple-licensed or not, MOTA’s design is actually more thoughtful than many authorized cases we’ve tested. Cellular and wireless signal strength appeared to be unimpacted by the design, with both speakerphone and regular phone calling working well through the speaker and mic vents. Only the headphone port — recessed below the bumper, requiring the included adapter to work with anything — creates a potential usability challenge. It’s also worth noting that the rear power button, recessed to avoid accidental presses, won’t trigger the four white LEDs to indicate remaining power unless the unit’s turned on — a very tiny issue.

Battery performance was on par with our expectations. The 4000mAh cell was able to take a powered-on (but inactive) iPhone 6 Plus from dead to 86% charged in a little under three hours, which is obviously short of a complete recharge, but not meaningfully so. It would be easy to knock MOTA’s cell for not hitting the 100% mark, but the iPhone 6 Plus already has superb battery life, and 86% translates to over 20 additional hours of calling time. If bringing that number to 100% would have required a thicker, heavier case, making the 6 Plus more uncomfortable to carry, MOTA made the right call here.

If you’re looking for an iPhone 6 Plus battery case right now, we’re very comfortable recommending MOTA’s Battery Case as a good option. It feels nice, works properly, delivers more than enough extra power to keep any iPhone 6 Plus running, and sells at a very reasonable price. The big question is whether any of Apple’s licensed battery case makers will be able to come close to MOTA’s balance of price and performance. With CES just around the corner, we’ll know the answer soon enough.