iPhone 6 owners reporting that cards cannot be added back into Apple Pay after a restore [Update: resolved] 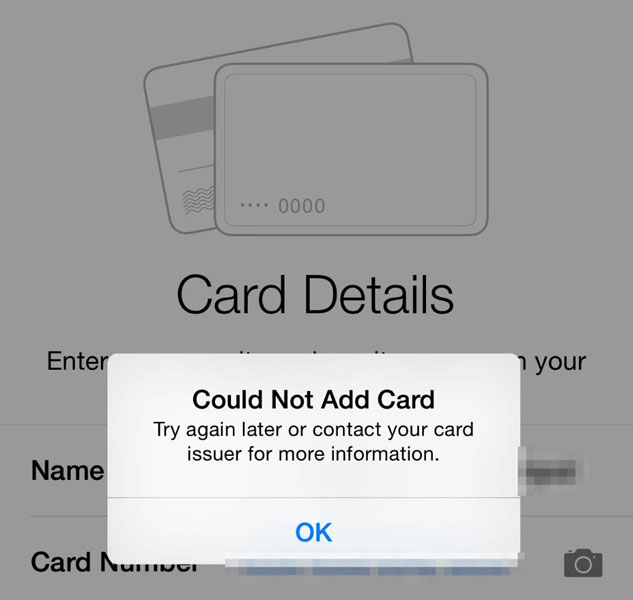 Update: Users in the thread are now reporting that the problem has been resolved.

Multiple iPhone 6 owners are reporting in an Apple Support Communities thread that they are unable to add cards back into Apple Pay after their phone has been restored – whether as a new phone or from a backup. According to reports there, Apple has been able to resolve the issue only by replacing the phone.

I just left the Apple Store. They couldn’t diagnose the issue and we did a restore there in store and the problem persisted. The solution was to swap the hardware […]

I ended up going to the Apple Store and going to the genius bar. They proceeded to do all the thing I already tried. After they did a restore and set up as a new phone and saw they it didn’t work they went in the back and brought out a new phone. I fired up the phone and went thru steps to add my cards to Apple pay and everything worked. So getting a new phone fixed the issue.

The symptoms seem to suggest that the secure enclave is not being completely cleared, despite notifications from banks that cards have been removed at the point when the phone was restored …

Most owners who took their phone to an Apple Store report being offered a replacement. Some say they were given a refurbished iPhone in exchange, while others state that they were given a brand new one in retail packaging.

The support thread currently runs to 71 posts over five pages.

Apple is working with its partners on expanding Apple Pay coverage, with Chevron expected to bring it to gas pumps next year, and New York City considering it for parking tickets. The company is also in talks with UK banks, Apple Pay expected to launch there in the first half of 2015.