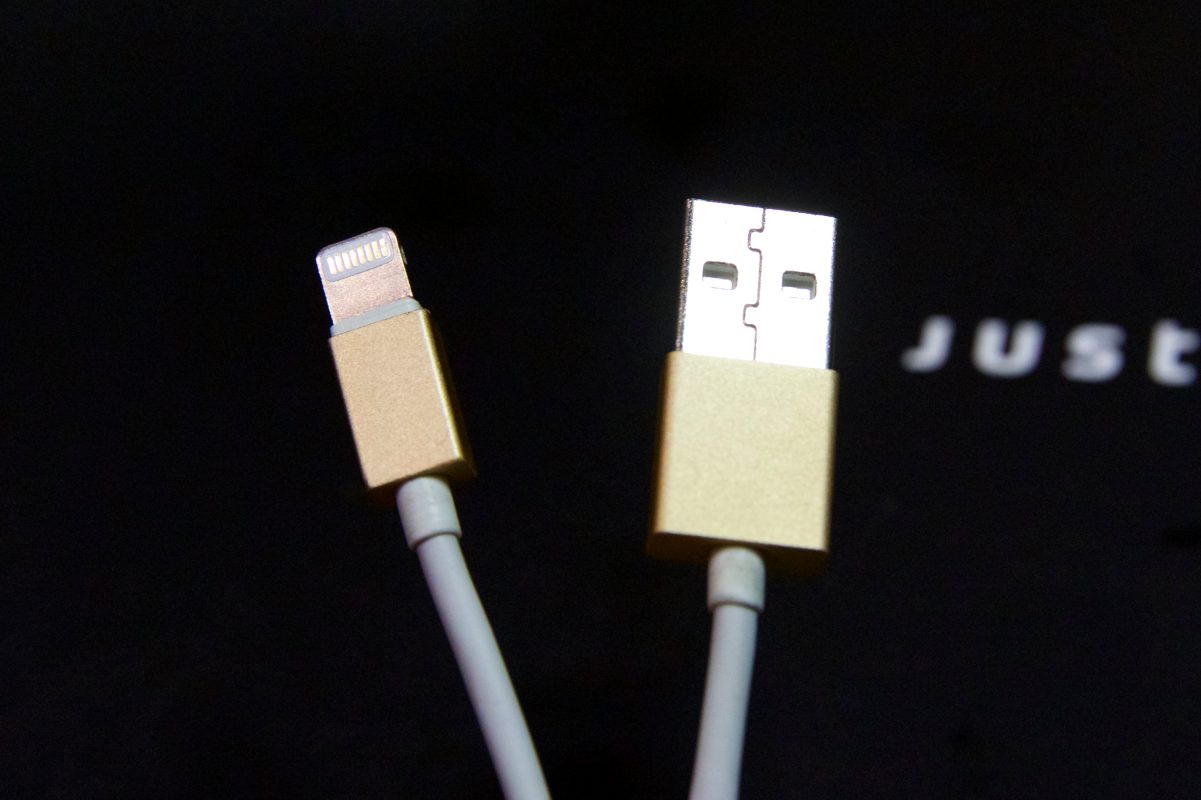 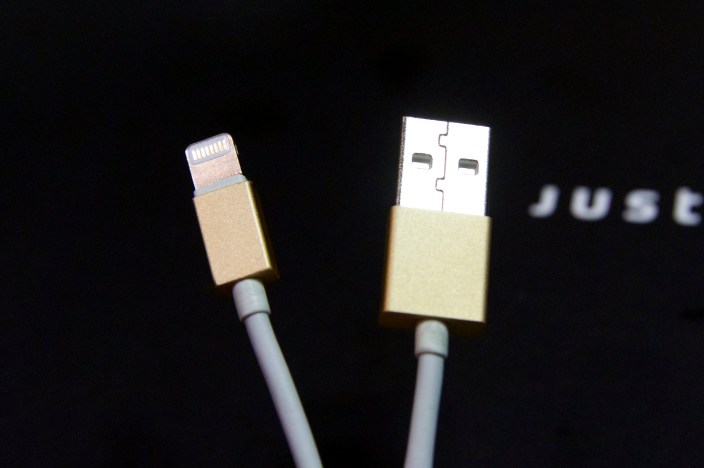 Up until recently, Apple accessory makers were unable to make Lightning cables with plugs as thin as Apple’s — they were required to use thicker plugs that sometimes had problems connecting to cases. At the 2015 CES, Just Mobile showed AluCable LED ($25), which uses newer Apple connectors to create the thinnest metal-jacketed Lightning cable yet, removing case compatibility issues while adding metallic style. Markedly improved over the prior AluCable at the same price, the new gold version matches the latest iPhone and iPad colors, as well.

The USB plug notably has a MagSafe-style LED built in that shifts color to indicate charging status, just like Apple’s laptops. Photos of that feature, plus details on a new reversible USB car charger, a new iPhone battery pack, and a golden version of Just Mobile’s iconic Encore stand, are all below… 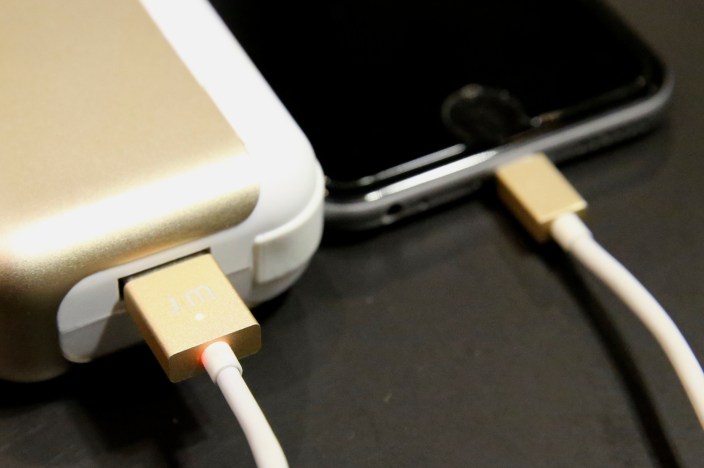 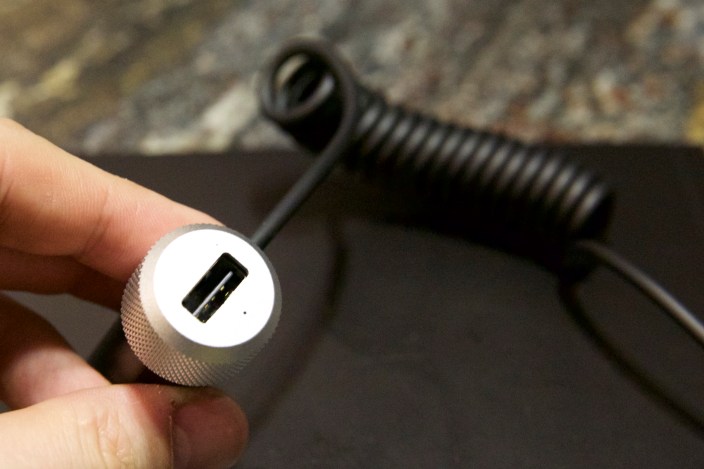 The new Highway Duo ($40), which includes a coiled Lightning cable and a USB port for connection of another cable, is the first to include a reversible USB connector. This makes it dramatically easier to connect any current USB cable you have even while fumbling with the plug in a dimly-lit recess of your car. 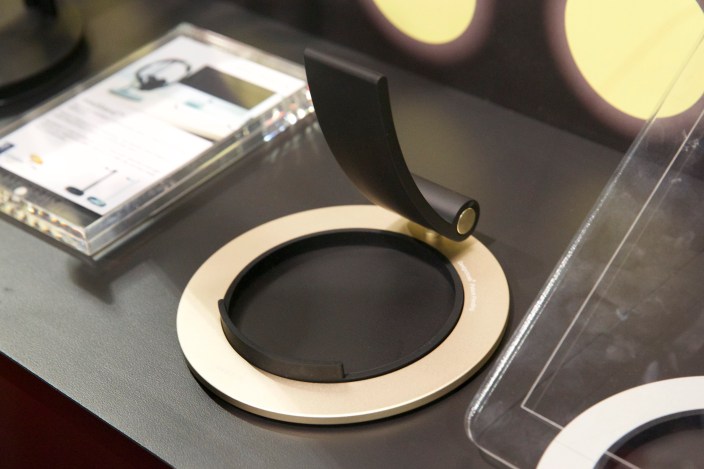 Encore, a fantastic iPad stand previously released by Just Mobile, has been updated with a gold version at the same $60 price point as the original silver model – one we highly recommend for its elegant design and adjustability. 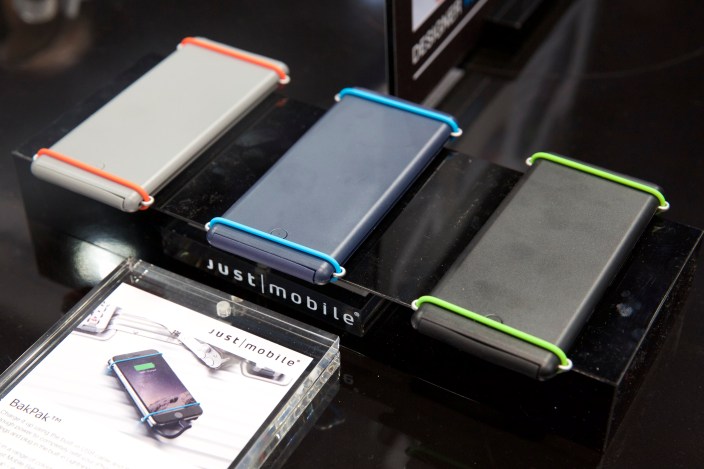 BakPak ($70) is a major departure for the metal-focused battery maker, shifting to an all-plastic and rubber design with a pop-out Lightning cable on the bottom and a pop-out USB charging cable on the top. Designed to be compatible with all iPhones by strapping on with rubber bands as needed, it’s a simpler (and less firm) solution than a properly tailored battery case, but more universal. A 3000mAh battery is inside. 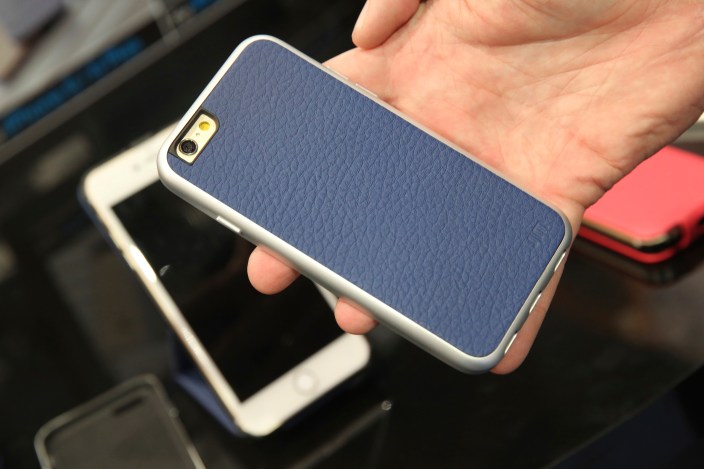 Last but not least, Just Mobile debuted new iPhone 6/6 Plus cases made with nappa leather and aluminum. One of the cases is a flip-style design with a stand and ability to rotate the iPhone around for video purposes, while the other combines an aluminum frame with a leather back to nice effect. 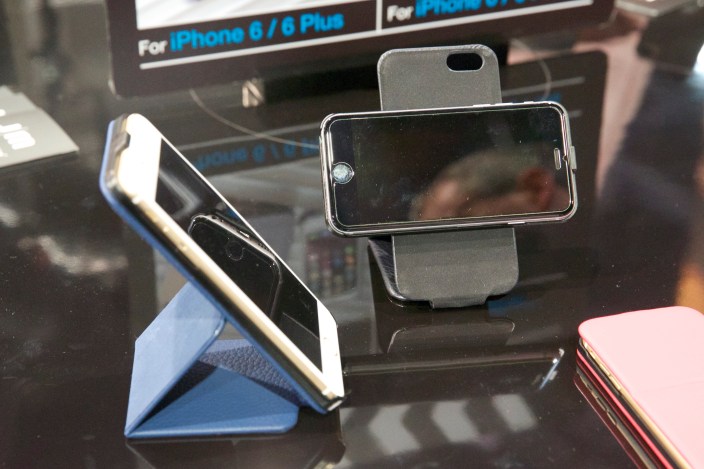 Most of the new products above are expected around the end of the first quarter 2015. They don’t yet have product pages on Just Mobile’s web site, but prior versions can be found online here.